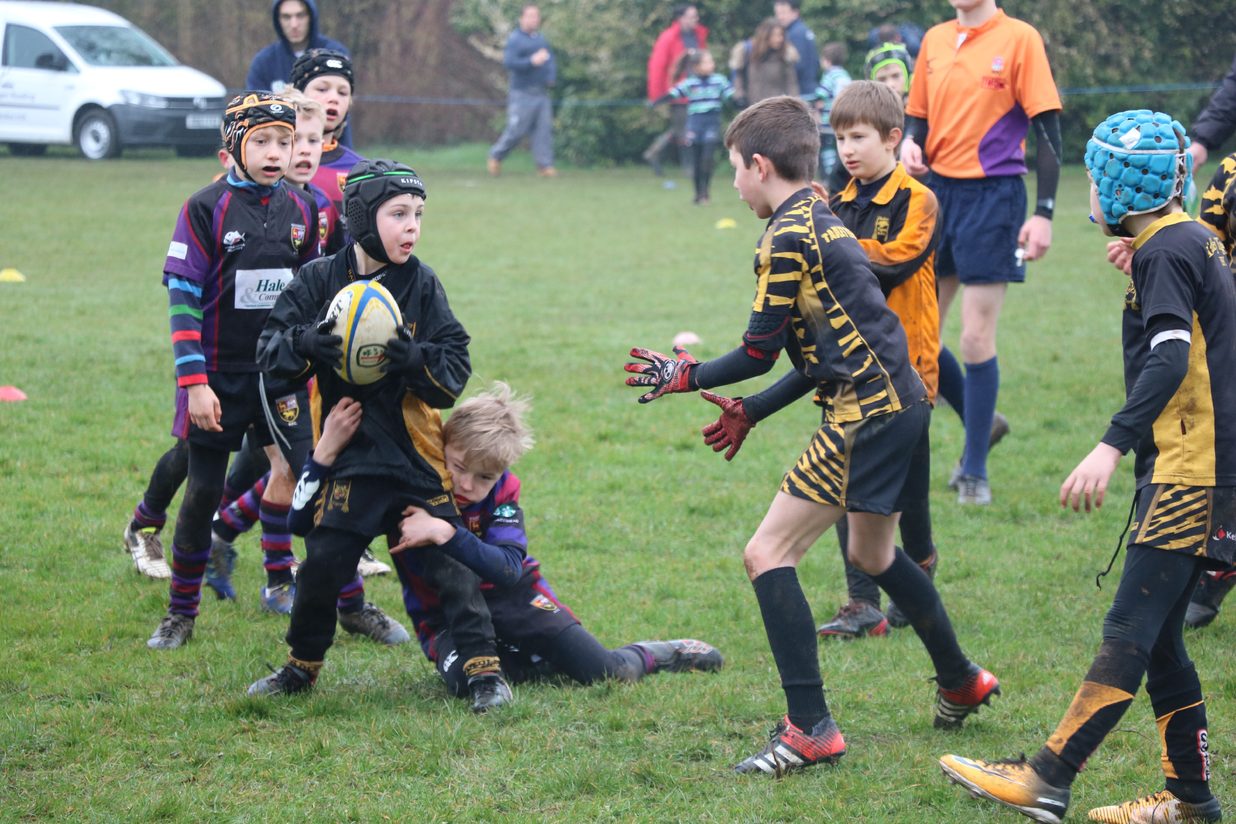 U7s, U8s, U9s and U10s teams from across the country travelled to Palmers Park in Reading for a day to remember. In typical fashion, the Great British weather did its best to put a dent in proceedings, but the enthusiasm of the hundreds of youngsters from the 67 teams taking part, ensured that the day was a huge success.

The festival was enjoyed by the team managers, with Sam Moore of Oakmedians RFC U7s saying: “We had a great time and my son is now an official London Irish supporter!”

Louise Morrow, United Services Portsmouth U8s team manager adding: “Thank you so much for organising the festival. We had a great day and everything was extremely well organised. Next year we are hoping to bring teams from all age groups.”

Throughout the festival, all of the teams showed showcased their skills as well as underlying their impeccable sportsmanship, with Exiles front-rower Todd Gleave impressed with the standard of rugby.

“There were some really impressive rugby skills on show and it was great to see so many smiles on faces,” said Todd.

Participants in the festival were treated to a host of London Irish players attending, including Danny Hobbs-Awoyemi, Senitiki Nayalo and Will Lloyd. The players spent part of the morning watching the matches, before presenting medals and posing for photos.

A ‘Fair Play Champion’ was decided from each age group, with core values, supportive rugby and good pitch side manners the major deciding factors.

Tadley RFC U7s, Portsmouth RFC U8S, Alton RFC U9s and Romsey RFC U10s all topped the fair play tables for each respective age group. The Fair Play champions were then rewarded with a trophy and the opportunity to take part in the guard of honour before the London Irish versus Gloucester fixture.

Head of community Andy Keast said: “On behalf of the London Irish community team, I just want to say a massive thank you to all the medics from St Mary’s University for once again ensuring the safety of the players,”

“They did a thoroughly professional job as usual, the Hampshire Young Match Officials Association showed their ability to control the games fantastically well.

“I would also like to thank the students from Portsmouth University, who after a very early start, provided valuable help throughout the day and finally, we must not forget the role that all of the coaches and parents played in giving up their time to assist in the youngster’s participation and development in our great game.”