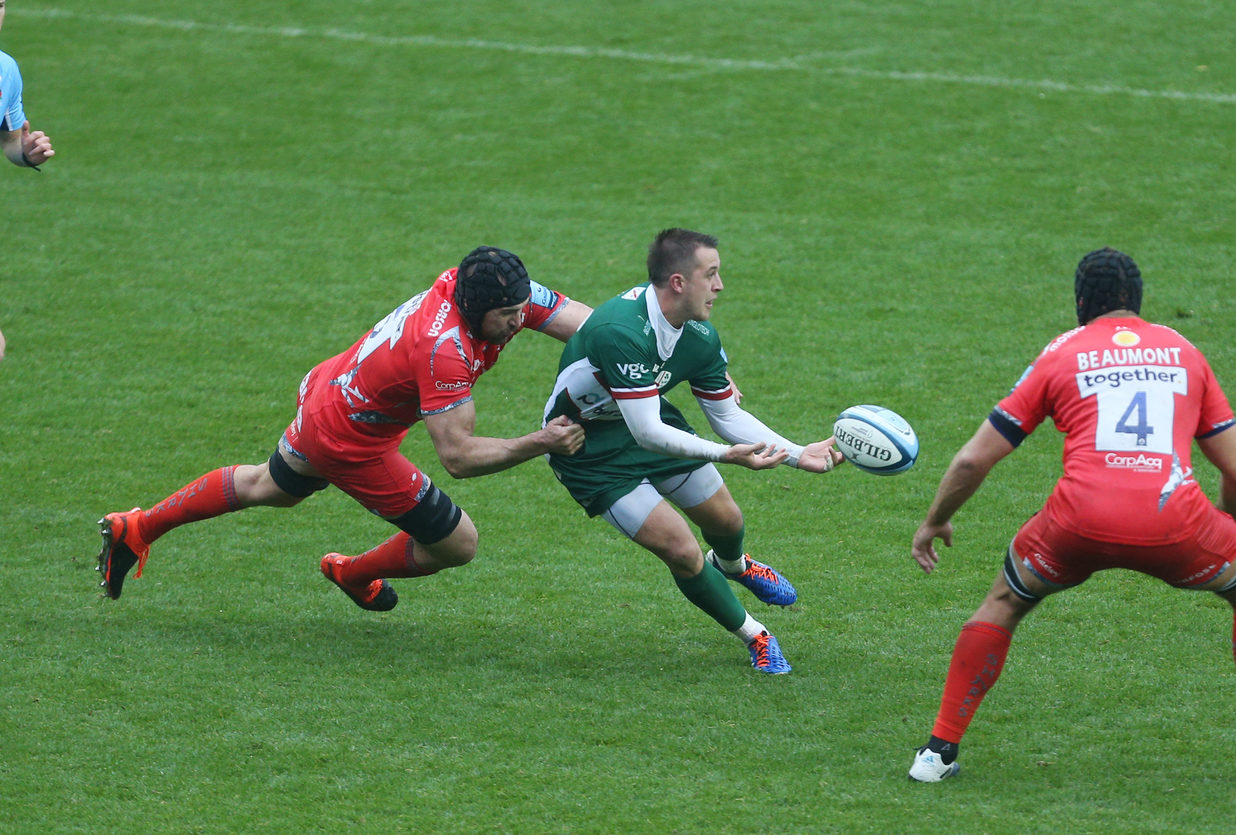 Sale Sharks recorded a 7-41 victory against London Irish this afternoon, scoring six tries to one in a convincing win.

The men in green were unable to stop the Shark’s power, built by the forwards and the tactical kicking of fly-half Rob du Preez, who played the conditions well.

The Exiles started with plenty of desire, Curtis Rona bundling Rohan Janse van Rensburg in to touch following his receipt of the kick-off.

This gave Irish their first opportunity to put pressure on the visitor’s line, which the Sharks were able to repel, winning a penalty and a chance to clear their lines.

Akker van der Merwe crossed for the first try of the day on the 14-minute mark. The visitor’s pack rumbled towards the line as London Irish failed to contain their power. Rob du Preez added the extras to give his side a 0-7 lead.

Denny Solomona should have had a second for the sharks but fumbled the ball five yards shy of the line to keep London Irish in touch.

Solomona made up for his earlier miss with a chip and chase effort down the left-hand flank to place further daylight between the sides at 0-15 heading into half-time.

Marland Yarde, on as a replacement for Solomona, slid over for Sale’s third try on the stroke of half-time to make it 0-20 at the break.

Josh Beaumont went over for the visitor’s bonus-point try, before Rob du Preez crossed and converted to put his side well out in front at 0-34 midway through the second half.

Ruan Botha clawed a try back for his side, regathering the ball following a charge down on Will Cliff, to score his first London Irish try. Stephen Myler converted to reduce the deficit to 7-34.

Sale had the last say and it was Rohan Janse van Rensburg who scored a try that his efforts throughout the match warranted, making the final score 7-41.

London Irish visit Allianz Park next Saturday to face Saracens in Round 3 of the Gallagher Premiership.