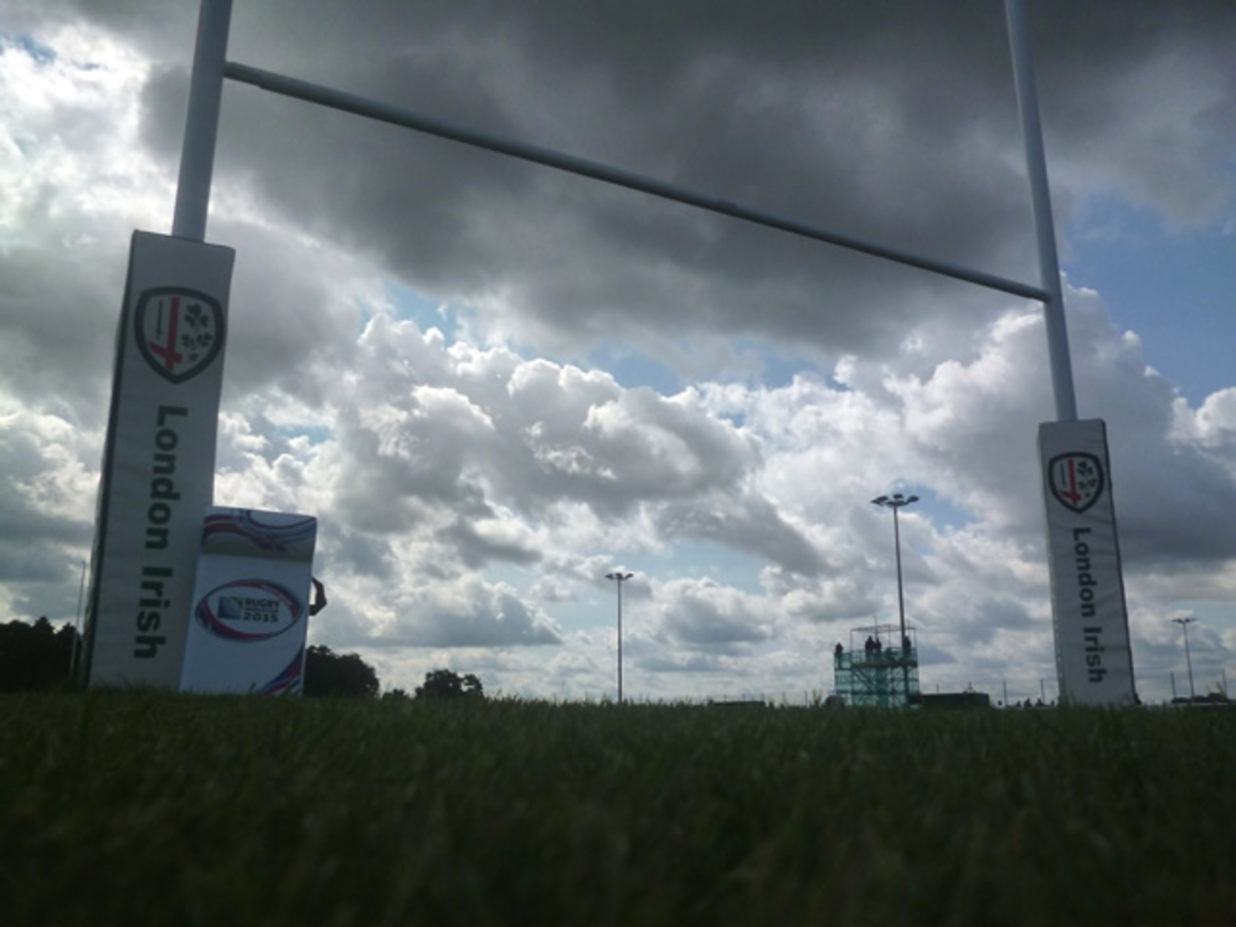 Wales and Fiji have been assigned to use the training facilities at Hazelwood, the new home of London Irish Rugby Club in the borough of Spelthorne, for their pool games for Rugby World Cup 2015 (RWC 2015). Hazelwood will also host teams for the knock-out stages, which culminates in the final on October 31 2015 at Twickenham Stadium.

London Irish partnered with the Xcel Leisure Complex in Walton-on-Thames to submit a bid to England Rugby 2015, the Organising Committee for Rugby World Cup 2015, in June 2013. Following a series of team visits throughout the winter, 65 bases were listed as approved in February 2014.

A Rugby World Cup 2015 Team Base will consist of an outdoor pitch, indoor training facility, a swimming pool, gym and hotel and will be utilised by the competing teams in the lead up to and during the six week event.  The facilities must meet international team training standards and be located on one site or within close proximity of one another. Match venue locations have also been taken into account as part of the selection programme.

London Irish Executive Chairman, David Fitzgerald said: “We are delighted to be an official Training Venue for Rugby World Cup 2015, and to be working with England Rugby 2015. This is an exciting time for the club and for the local, Spelthorne community. It is a great testament to our new facility that Hazelwood is a training venue fit for involvement in the biggest sporting event in 2015, and we look forward to welcoming Fiji and Wales next autumn. We would like to also extend our gratitude to the Xcel Leisure Complex for their support in this exciting bid.”

Andy Davison, Manager of the Xcel Leisure Complex, said: “We are delighted to have the opportunity to be a part of this prestigious sporting event, working alongside London Irish. We are looking forward to welcoming rugby to our award winning leisure complex and to supporting these athletes in their pursuit to win this global event.”

England Rugby 2015 CEO, Debbie Jevans said: “As the organising committee for Rugby World Cup 2015 we are committed to ensuring that all participating teams have the optimum training environments available to them throughout the Tournament and in this regard we are delighted to announce our 41 official Team Bases for the event. Rugby, rightly, is at the heart of all our planning and we have worked closely with the teams to ensure that they have access to facilities and a Team Base that meet their individual needs.

“I would like to thank all those who have been part of the Team Base selection process and we are lucky to have some fantastic facilities right across the country.  With a wide range of excellent facilities and locations secured the teams can be assured of having all their training needs met whilst allowing us to spread the reach of the Tournament even further throughout England and in Wales.”

Warren Gatland, Wales Senior Team Head Coach, said: “We are delighted to confirm that Wales will be based at The Vale Resort and London Irish RFC during next year’s tournament.”

“A great deal of effort has been put in to select the approved bases and we are very pleased to be based at two excellent sporting venues. The selection of team bases are extremely important for the squad’s preparation and we were very impressed with the packages on offer from the approved venues. We are very familiar with The Vale and their pedigree for hosting sporting teams is second to none. In addition, the new Hazelwood complex, which London Irish moved into this summer is another great base, which really suits our needs. The tournament is only just around the corner and all of our preparations are focused on the next twelve months”.

London Irish and the Xcel Leisure Complex will continue to work with England Rugby 2015 over the coming months to work out the operational detail for the Rugby World Cup competition period.