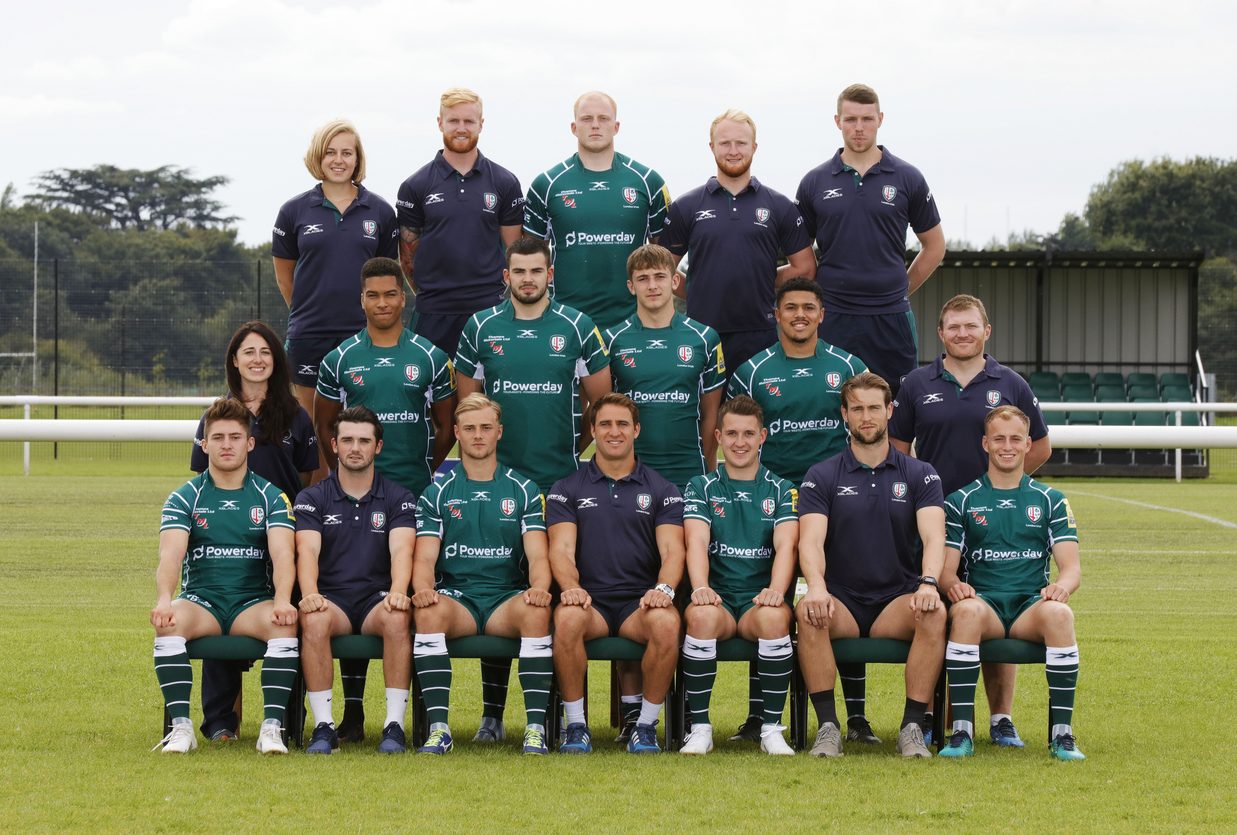 London Irish are pleased to welcome a number of new faces to its senior academy squad ahead of the 2018/19 season.

Ben Atkins, Ben Donnell, Caolan Englefield, Reuben Knight, Izaiha Moore-Aiono and Brandon Baker have all been promoted to the senior set-up and will be keen to impress on arrival.

The Exiles’ academy headed up by Patrick O’Grady continues to go from strength to strength at Hazelwood, underlined by five England U20 representatives at this year’s World Rugby U20 Championship.

Atkins joins brother Jacob in the senior ranks, the 18-year-old hooker bringing physicality to the front-row. Graduating from the AASE scheme, the former St Paul’s Catholic College pupil has represented England counties at under-18 level and cut his teeth playing for local club Bracknell RFC.

Elsewhere in the pack, blindside flanker Donnell has penned a deal with the Exiles as he looks to build on the experience of last season in which he made his first team debut against Gloucester in the Anglo-Welsh Cup. Donnell, 18, began playing mini rugby for Winchester RFC and is currently studying at Peter Symonds 6 th form college. Representing England U18s, the athletic back-row is set to read economics at Surrey University.

Ireland U19 scrum-half Englefield is the third fledgling to sign professional terms, having also developed from the AASE scheme. Playing three times for Ireland U19s this year, the creative half-back has also represented Ireland U18s and has a bright future ahead of him at Hazelwood.

Fly-half Knight, 18, is an excellent decision-maker and is about to embark on a degree at St Mary’s University, who the club have very close links with. Knight is another product of the AASE scheme and grew up playing for Havant RFC.

The penultimate addition to the senior academy is Moore-Aiono, an athletic back-row who is an explosive ball-carrier. Moore-Aiono attended Wellington College and grew up laying his rugby for Bracknell RFC.

Tighthead prop Baker is the final player to have committed his future to Irish, the powerful front-row enjoying some game time for the London Irish Wild Geese last season. A long serving member of the Wild Geese set-up, Baker joins the Exiles after graduating from the AASE programme.

“Our intake of players to our senior academy come from across our three regional counties and a variety of pathways including our AASE programme, partner schools and our amateur club, so there’s players that are really passionate about achieving success in the London Irish first team and we’re looking forward to having them on board,” said academy manager Patrick O’Grady.

“We had five players representing England U20s at this year’s World Rugby U20 Championship and I have no doubt that these boys are working just as hard to replicate those achievements.”

You can help the London Irish academy to continue to thrive by becoming a Patron Member. Your membership fee will be invested directly into the academy and help to support the future of our club. As a thank you you’ll receive a number of benefits, such as an invitation to spend a day with the academy and entry into a monthly prize draw to win a fantastic prize including international tickets with hospitality, lunch with a player and a full Season Ticket refund. Click here to find out more about Patron Membership, or to become a Patron please call 0118 968 1016 or visit www.lidirect.co.uk.