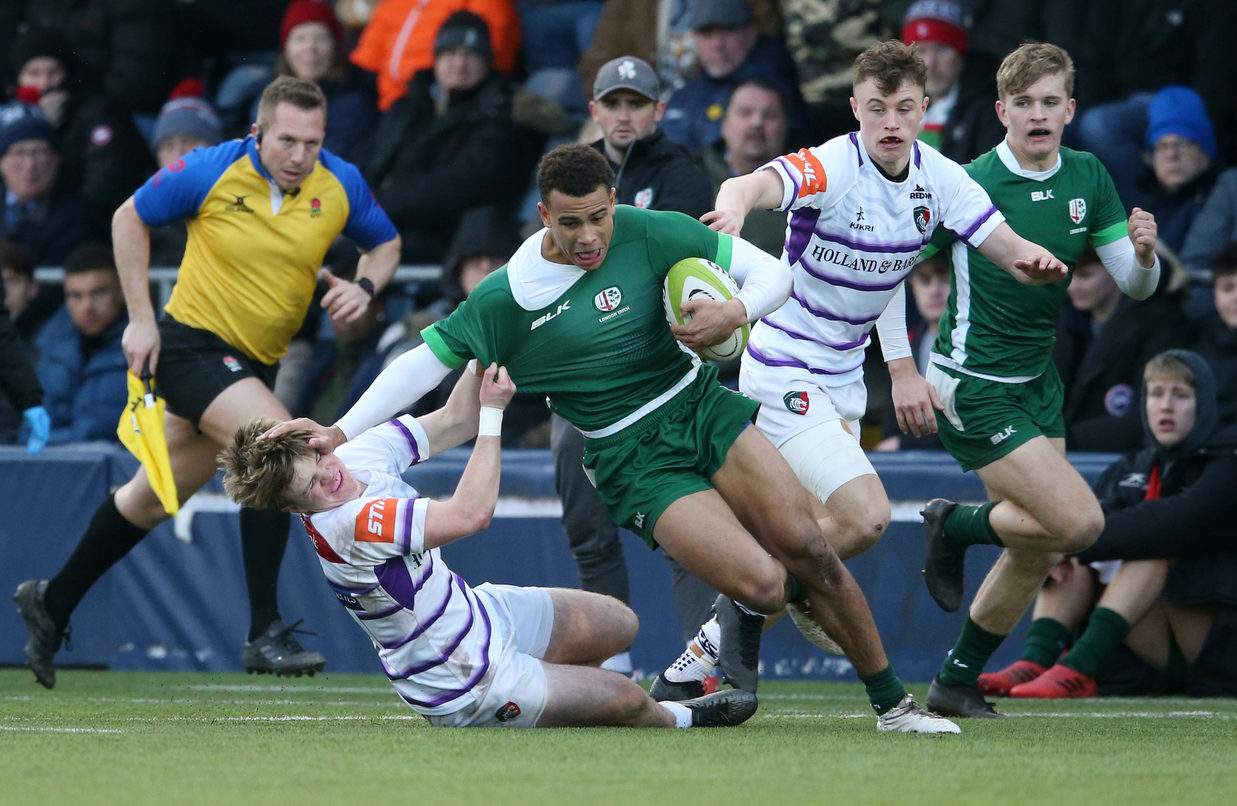 London Irish and Leicester Tigers U18s drew the Premiership Rugby U18 final and shared the trophy.

The two teams played out an enthralling match and couldn’t be split after 70 minutes.

Tarek Haffar opened the scoring after four minutes of play with the prop forward rampaging through the Tigers defence bumping off tacklers in the process of going over for the try. Monty Bradbury added the extras to give Irish the perfect start.

Leicester worked their way back into the game and were level after 12 minutes of play. Scrum-half Sam Edwards with a try from a quick tap that was converted to level the scores at 7-7.

The Irish forward pack showed their power once more with Marcus Rhodes going over for the Exiles second try. The Irish pack showed great composure and were rewarded with a try.

Will Joseph added a third score just before the half hour mark with a powerful finish. Irish had quick ball and when Monty Bradbury spread the ball wide Joseph did the rest with an expert finish. The try stretch the Irish lead to 17-7 which is how it remained until half time.

The Tigers landed the first blow of the second half with Jordan Tebbatt scoring a try. Titcombe landed the touchline conversion to make it 17-14 to London Irish.

The Tigers’ fly half landed a long-range penalty only a few minutes to make it am even game at 17-17.

It was a very tight contest with both sides producing some brilliant rugby. Finley Brown showed great finishing ability with his sides fourth try. The wing fended off his opposite number to run around for the try and make the score 22-17.

Henry Joule levelled the scores again with the Tigers third try in the righthand corner to set up a tense finale.

Both sides threw everything at it across the last 15 minutes, but the teams couldn’t be separated, and the game ended in a draw.