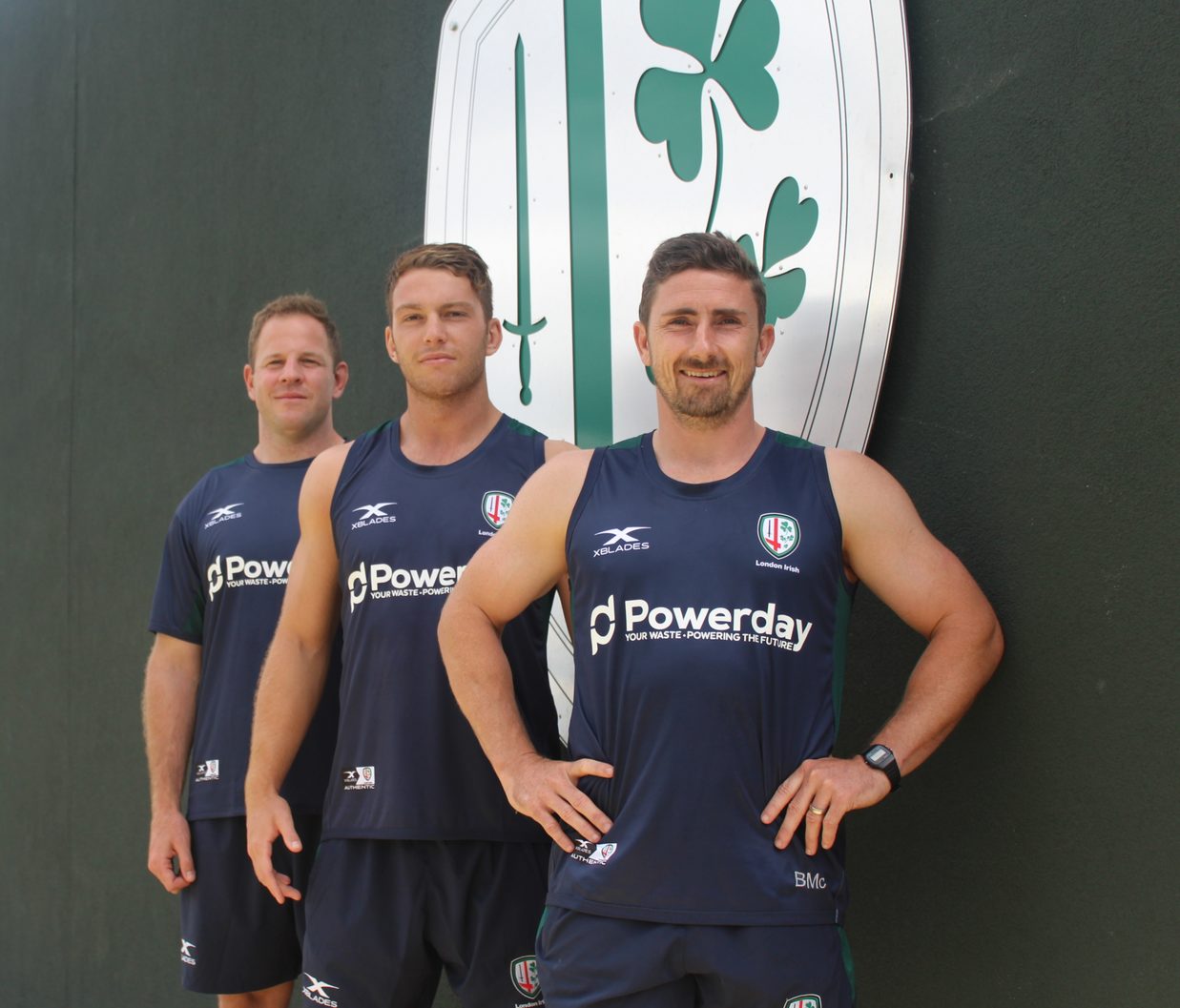 XBlades, which already has well-established links in rugby union and league, overcame fierce competition from a number of major rivals to link up with the Exiles on a four-year deal from the 2017/18 season.

The exciting new partnership which starts this summer will see XBlades use their expertise as a leading worldwide rugby clothing, equipment and footwear manufacturer to provide Irish’s home and away kit at senior and academy levels, plus associated training wear and leisure apparel.

Mick Crossan, President of London Irish said: “We are very happy to welcome XBlades to the London Irish family as our official kit supplier.

“This is an exciting time for the club as we return to the Premiership and we are looking forward to developing our partnership with XBlades over the coming seasons.

“We were impressed by XBlades plans to help us enhance the London Irish brand including the unveiling of the new home and away kit for the 2017/18 season in the near future.”

Lee Jenkinson, Chief Executive Officer of XBlades Sports UK, said: “This is a hugely exciting opportunity for us to align ourselves with a successful and wide-reaching club, particularly given their recent promotion back to the Premiership.

“London Irish are a huge name within the sport, one with a proud history and heritage, and one with the ambition to make a success of their return to the top flight. We firmly believe they have the infrastructure to become a top-four team in the Premiership and when you combine that with their huge appeal in the London, Ireland and the Irish American market, it’s a very exciting prospect.

“We’re confident that The Exiles’ retail operation has the potential to grow substantially over the next four years as well and we are looking forward to being part of the journey.”

XBlades Sports is a global sports brand well-known throughout rugby league and union as the official kit and footwear provider for the likes of Gloucester Rugby, Yorkshire Carnegie, Castleford Tigers and Hull Kingston Rovers in the UK along with Cronulla Sharks and the Paramatta Eels in Australia.

XBlades also provides a wide range of footwear, protection, sports apparel and leisurewear to community clubs and casual sportsmen and women, using its partnership with dozens of elite players in both codes who adopt the role of XBlades Ambassadors to continually develop its products.

The 2017/18 London Irish home, away and training kit will be available from the brand new online store from early August.