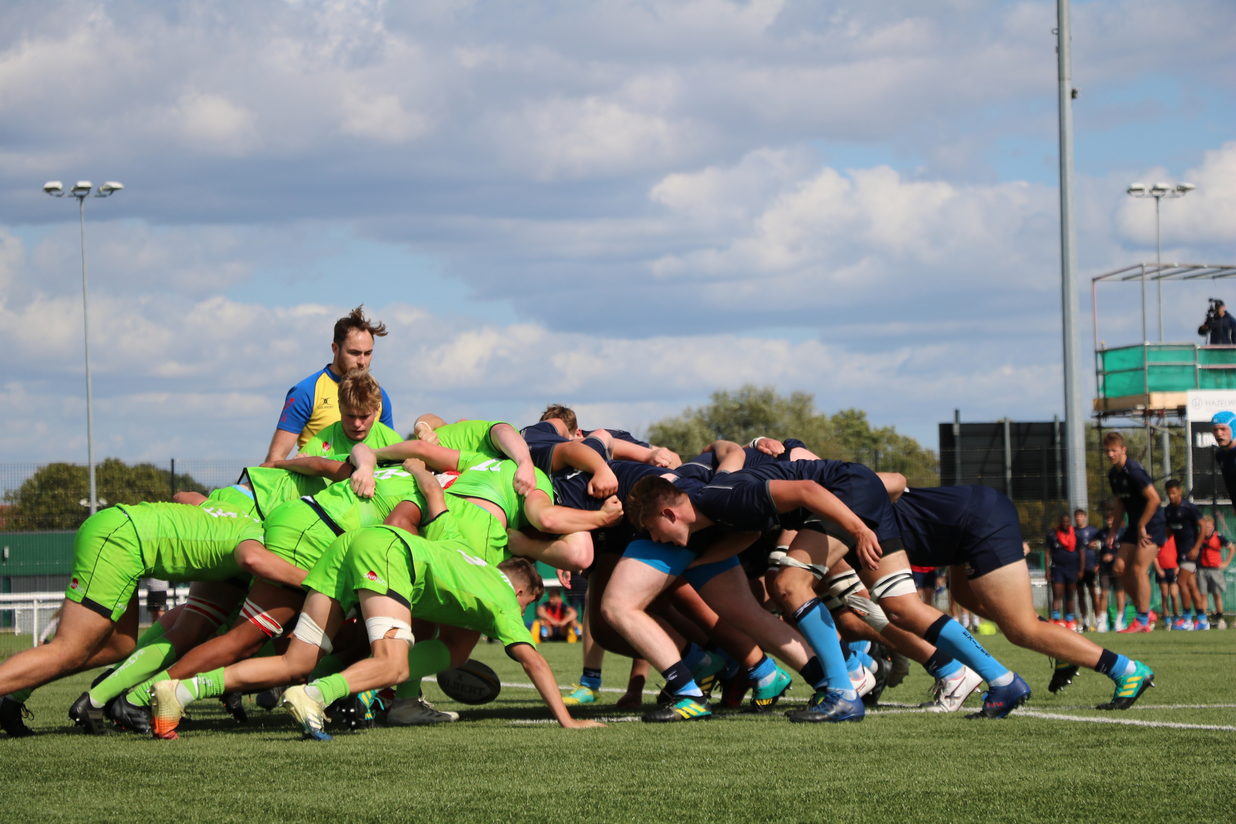 What looked to be a scrappy affair to begin with turned into a clinical performance for St Paul’s Catholic College as they achieved their first league win of the season at Hazelwood on Wednesday 4 September, beating Truro College 40-20.

St Paul’s got off to a strong start as winger Michael Dykes, fresh from his return from England U18s tour to South Africa, running the length of the field to open the scoring. Matt Barrett added the extras to extend the lead to 7-0.

Truro College levelled the scoreboard minutes later with their forwards drawing in defenders with a series of crash ball carries, before going wide to dive over the line. The conversion was successful.

The hosts were penalised for playing the ball on the floor, allowing Truro to successfully kick a penalty goal and take the lead at 10-7.

Shortly after going behind, a slick backs move allowed for Josh Taylor to slide over into the corner as St Paul’s snatched back the advantage. Barrett was on hand to add the conversion and the home side led 14-10.

Discipline around the breakdown cost St Paul’s as they were punished from the kicking tee once again, a penalty closing the gap to 14-13 which is how it remained until the break.

The second half started well for the home team as Tarek Haffar, another England U18 tourist, picked up from the back of a dominant St Paul’s scrum to force his way over the try line. The conversion that followed increased their lead to 21-13.

Only minutes later, St Paul’s were over for their second score of the half. A cleverly placed grubber kick allowed for Alex Young to latch onto the ball, sprint clear and touch down under the posts. The following conversion further strengthened St Paul’s points tally to 28-13.

Not allowing the opposition to hit back, a prominent Dykes showed his strength as he handed off a covering defender to sprint his way down the touchline to add his second try of the day. The conversion was narrowly missed from the touchline, with St Paul’s lead standing at 33-13.

Truro College showed great determination in attack, drawing in defenders before spreading the ball out wide to score in the corner. A well struck conversion cut the lead once again, St Paul’s leading 35-20 as the match entered its latter stages.

In the final minutes, St Paul’s had the final say with Ethan Pawadyira finishing off a well-worked team try. The conversion was successful to cap off a clinical 40-20 victory.

St Paul’s Catholic College will now look to their next fixture away against City of Oxford on Wednesday 11 September.