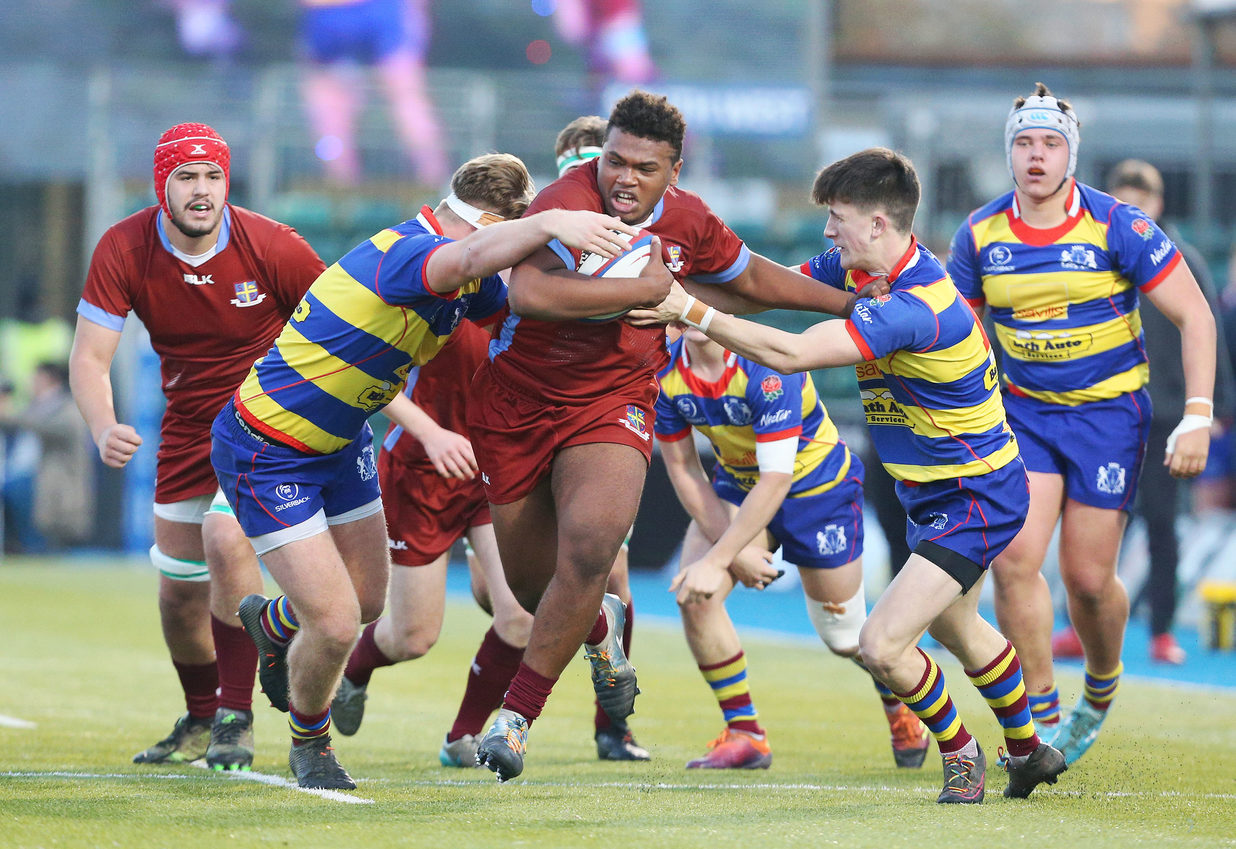 London Irish AASE finished on top in an end-to-end battle against Beechen Cliff to win the club’s first ever AASE league title.

It was St Paul’s that were the quickest out of the blocks when Michael Dykes crossed for the opening try. Dykes sprinted through to gather a neat grubber from Archie Heard to dot down. Matt Barrett was on hand to add the extras.Beechen Cliff went straight back at St Paul’s, earning themselves a penalty in front of the opposition’s posts. They popped it over and the score was 7-3.

At 16 minutes, Beechen slotted over another penalty to make it a one-point game at 7-6.

With the wind in their sails, the Bath-based AASE side got their first try of the match after charging down a clearance kick to score. The conversion was added and Beechen led 7-13.

London Irish AASE fought their way back into the match thanks to Ethan Pawadyira. The number 8 had been carrying strongly throughout the first 25 minutes and this time, he couldn’t be stopped as he smashed his way over the try line. Barrett added the conversion to put St Paul’s back in the lead at 14-13.

The end-to-end match proved plentiful for the supporters in Allianz Park, with Beechen snatching the lead back just six minutes later. A well worked rolling maul slammed over the line and the successful conversion made the score 14-20 at half-time.

Irish’s AASE side once again came out of the blocks the quickest, with Tarek Haffar hammering his way over from short-range. Barrett added the conversion to make it 21-20 in favour of St Paul’s.

On 57 minutes, Ryan Eastley proved too much for the Beechen rushing defence as he pushed his way over the line to score under the posts. Barrett confidently added the conversion and put St Paul’s ahead at 28-20 and in a good place heading into the last 10 minutes.

Just past the hour mark, Beechen punished St Paul’s from the kicking tee, converting a penalty to cut the lead to 28-23 and set the match up for a big finish.

However, it was London Irish AASE who were to have the last say. Barrett stepped up and slotted a penalty, maintaining his 100% record off the kicking tee, to ensure a 31-23 victory and the club’s first ever AASE League title!