London Irish A lose out in Bath 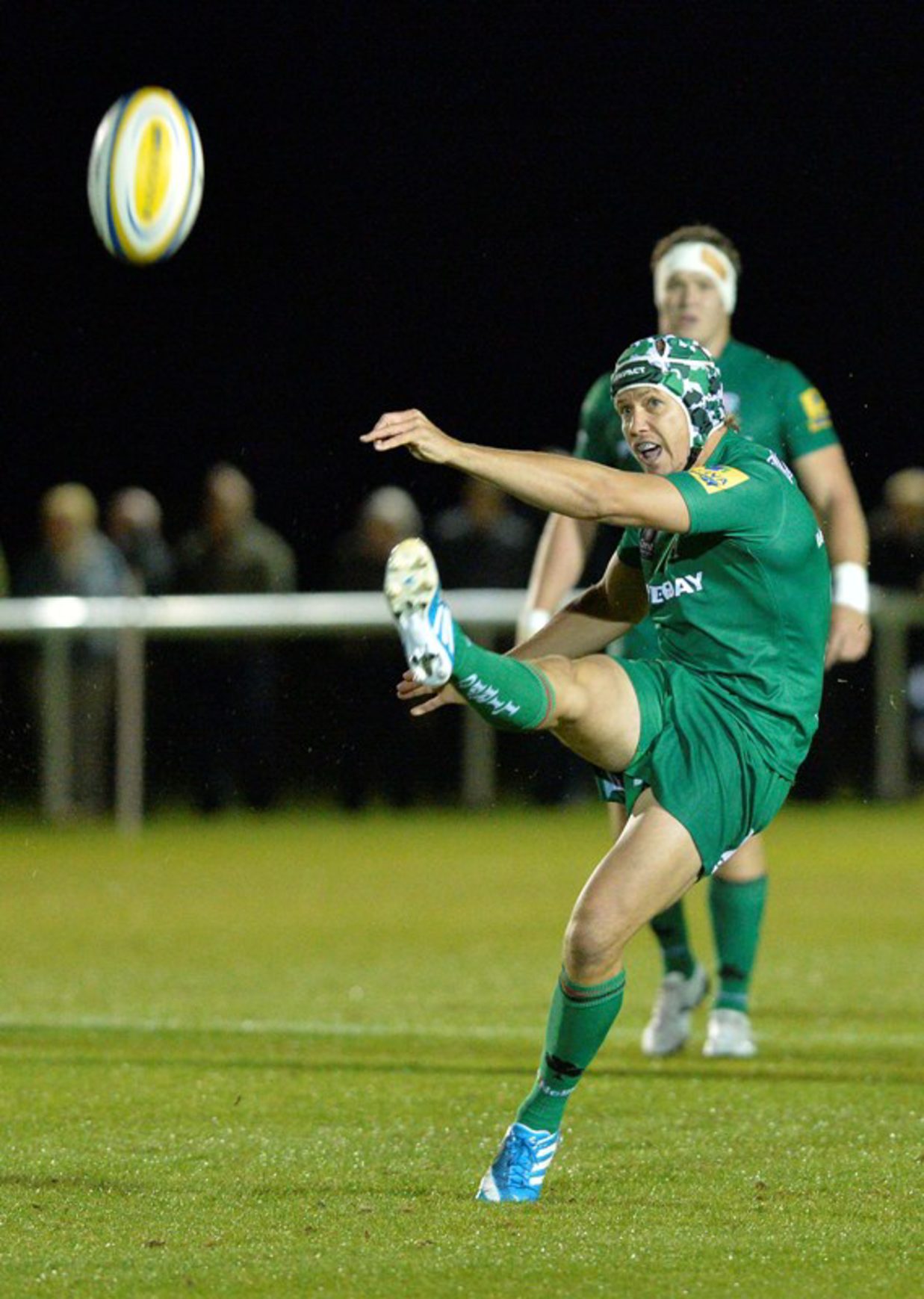 London Irish A travelled to the Recreation Ground on Monday 22 December for their Aviva A League clash with Bath.

After last week’s game with Harlequins was abandoned due to a power cut the A side were hoping for a good performance, with senior academy players Cam Cowell, Harry Lightfoot-Brown, Conner Murphy, Theo Vukasinovic and Ollie Curry all handed starts; Ollie Curry lining up against Bath’s big name transfer Sam Burgess at blind side flanker.

It was a tough evening for the Exiles. The hosts, fielding a team littered with proven Premiership players, ran in 44 points against the young Irish side who only managed one try in response.

The first points came after five minutes. After a lineout deep inside Irish territory, Sam Burgess took a crash ball into the midfield drawing in the Exiles’ defence. This allowed Bath fly-half Rory Jennings to spot the space out wide, putting in a pin-point cross field kick to Richard Lane to cross in the corner making it 5 – 0 to the hosts.

The next 20 minutes saw Irish defend for their lives. Five times Bath came within inches of the Irish line, twice being held up over it but the Exiles defended bravely. However, on the sixth time of asking for the hosts they managed to break through, Horacio Agulla the man to find space out wide. The conversion was unsuccessful, leaving the score at 10 – 0 after 25 minutes.

The hosts got try number three just shy of half time. After finding a gap in midfield Bath United recycled the ball quickly to allow Darren Atkins to score in the corner, Ollie Devoto was again unable to convert, making it 15 – 0.

On the stroke of half time Bath managed a fourth, Will Homer broke away from the lineout and drew the last man, putting Burgess away under the posts and making it 20 – 0 at the break.

Irish looked to start the second half strongly, turning the Bath pack over at scrum time. However, it was Bath who claimed the first points of the half, Richard Lane finding some space to scamper in at the corner making it 25 – 0.

Lane got his hat trick on the 50-minute mark. After turning Irish over Bath shipped it wide, giving Lane space to sprint away and under posts. Devoto landed his first kick to make it 32 – 0.

Irish came close once more soon after. After the pack won a penalty at the scrum five metres from the Bath line Connor Murphy tapped quickly to win another penalty which Dorrian stuck in the corner. A second penalty, this time at the maul, saw Murphy go quick once again, coming agonisingly short.

Replacement Marcus Beer crossed for the hosts after 66 minutes. A clever chip kick from Will Homer found some space behind the Irish defence and Beer’s momentum was enough to see him over the line. With the conversion the score stood at 39 – 0.

Irish replacement Gary Johnston got the Exiles’ first points after 70 minutes. After a prolonged period of time in the Bath 22 the winger found some space, showing his pace to get around the cover defence. He then showed his power to charge over the last man to touch down in the corner making it 39 – 5.

It didn’t take long for Bath to reply however. A pile up in the corner resulted in replacement Callum Waters crossing for the hosts moments after the Irish try, making it 44 – 5 which is how it stood until the final whistle.