London Irish A and Harlequins A Match abandoned 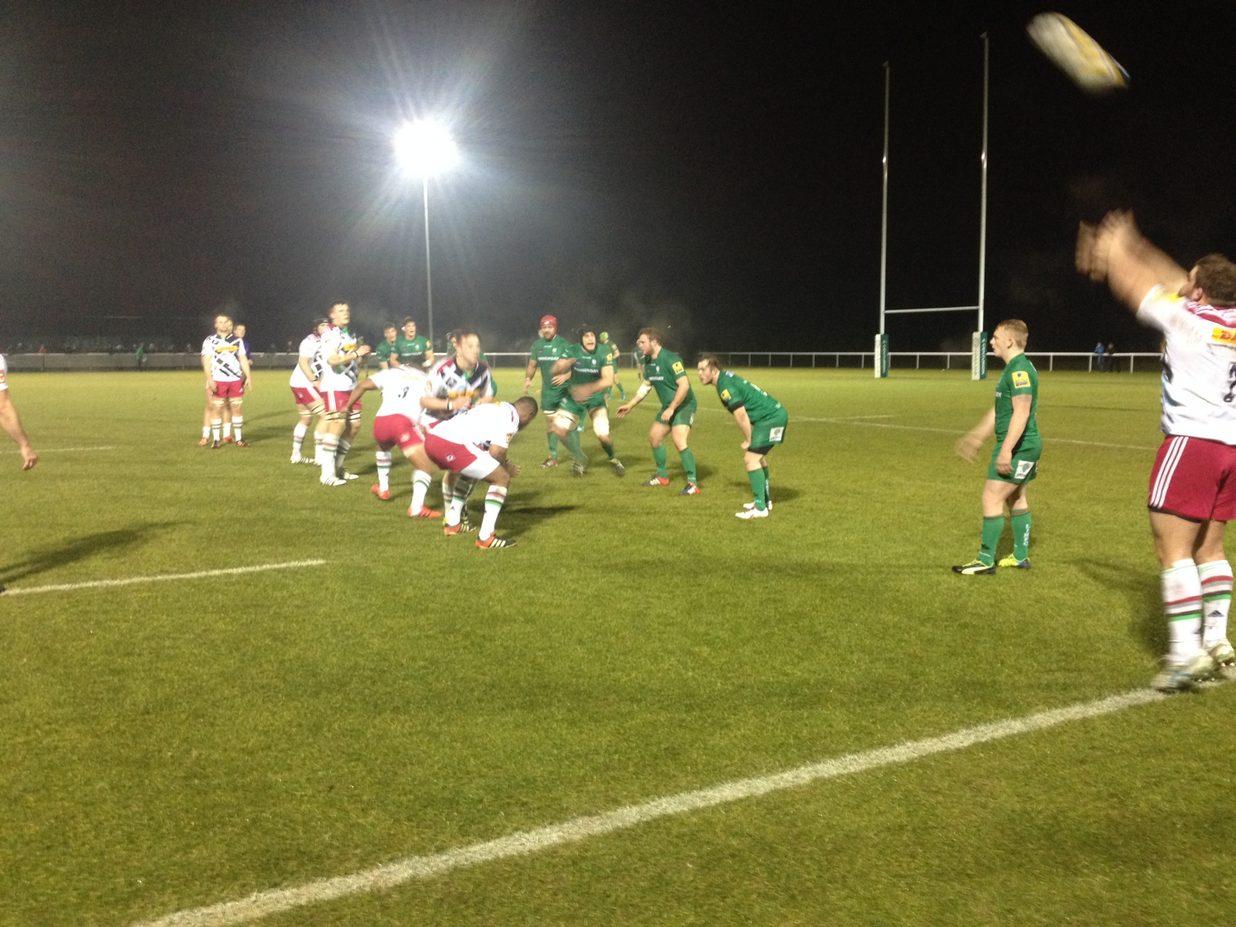 The Aviva A League clash between London Irish A and Harlequins A was called off on Monday evening because of a power cut at Hazelwood.

The referee blew his whistle for half time with the visitors leading 7-12 and moments later the grounds were in darkness.

Irish went into the encounter fielding many of their senior Academy players and those returning from injury, including starts for Tom Fowlie and Johnny Harris.

Harlequins A had a number of first team players including Ollie Lindsay-Hague, Charlie Walker, Tom Casson and British and Irish Lion Ugo Monye.

The visitors opened the scoring with a well worked try finished off by outside centre Harry Sloan. Irish replied with a try to number 8 Amond Roux who powered his way over from five yards out. Myles Dorrian converted to give his side the lead with five minutes left of the half.

Quins edged ahead yet again when they were awarded a penalty try for their dominance at the scrum. Louis Grimoldby added the extras to make it 7-12 at the break before the lights went out.