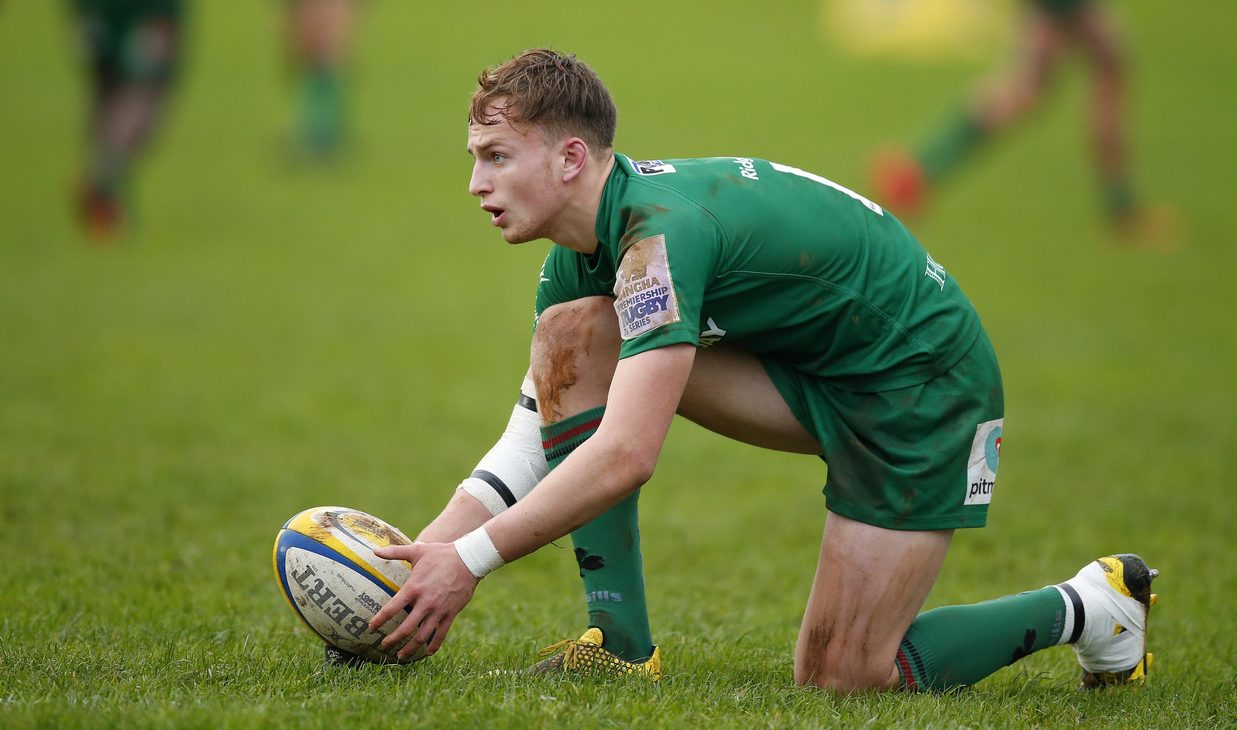 Skills coach Paul Hodgson gives his verdict on the quartet:

“Tom Parton showed real composure in tough weather conditions to orchestrate Henley’s attack against Bishop’s Stortford. Even though they lost the game 27-17, I was really pleased with his attacking play.

“Jacob Atkins is showing real promise with the boot, achieving 7/7 goal kicks on Saturday for Redingensians in their 22-5 victory over Old Elthamians. He now has 13 of his last 14 goal kicks over the past two weeks, which is pleasing. In addition, he managed to maintain his defensive intensity from the week before.

“Rory Brand appeared for Rosslyn Park in their 33-0 victory over Esher. I was pleased for him scoring another try, showcasing his attacking capabilities. As well as this, he helped his team relieve pressure by kicking really well when under pressure.

“Jack Cooke played for the London Irish Wild Geese again this week, his defence was excellent, especially his chop tackling which is a real strength of his”

Hospitality packages are still available for this fixture, starting at just £35 +vat per person. For more information or to buy a package please email [email protected] or call 01932 750 113