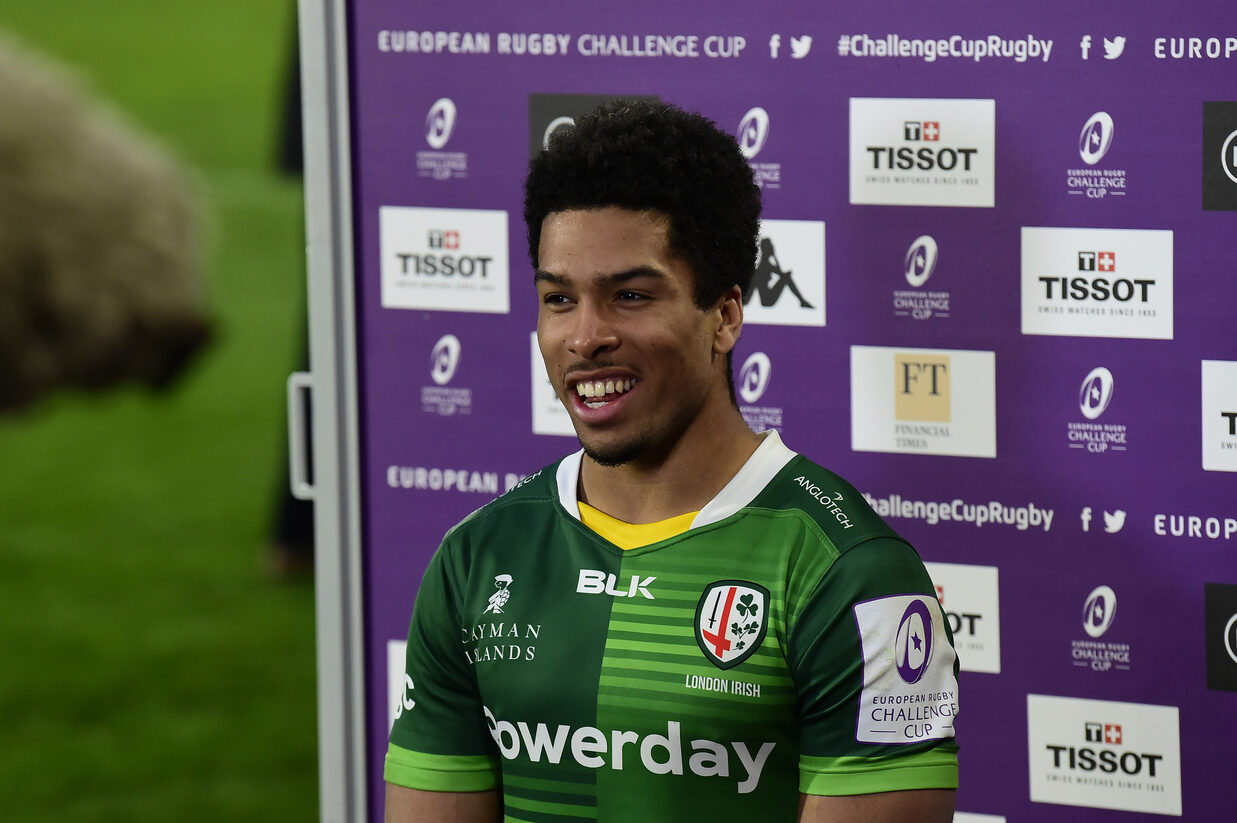 Man-of-the-match Ben Loader was brimming from ear to ear in the wake of Friday’s incredible European Challenge Cup victory over Cardiff Blues.

Irish booked their place in the last eight, where they will travel Bath next weekend, thanks to yet another remarkable comeback, that saw Declan Kidney’s side – reduced to 14 men for over half an hour – score three tries in the final eight minutes to run out 41-35 winners at the Brentford Community Stadium.

In a kamikaze game, that ebbed and flowed from one end to the other throughout an enthralling 80 minutes, Loader scored a stunning try, as well as receiving a yellow card, in an solo performance that just about had it all.

“It must have been an incredible game to watch - it was so end to end” he admitted.

“We always had that belief, even when things weren’t going our way, that we could come through the game.

“We always back ourselves - we just keep going.

“Credit to the boys, to go down to 14 and then 13 for a period, they stuck with it and we got our rewards in the end, we showed what we can do.”

“It’s real testament to what we’re building that we’ve such a great blend of players who have come up through the Academy, supplemented by some incredibly experienced international players, that we’re producing such great results.

“We’re having a lot of fun. I love playing with this group - it’s a great squad to be part of and long may that continue.”