Loader on special week for the family 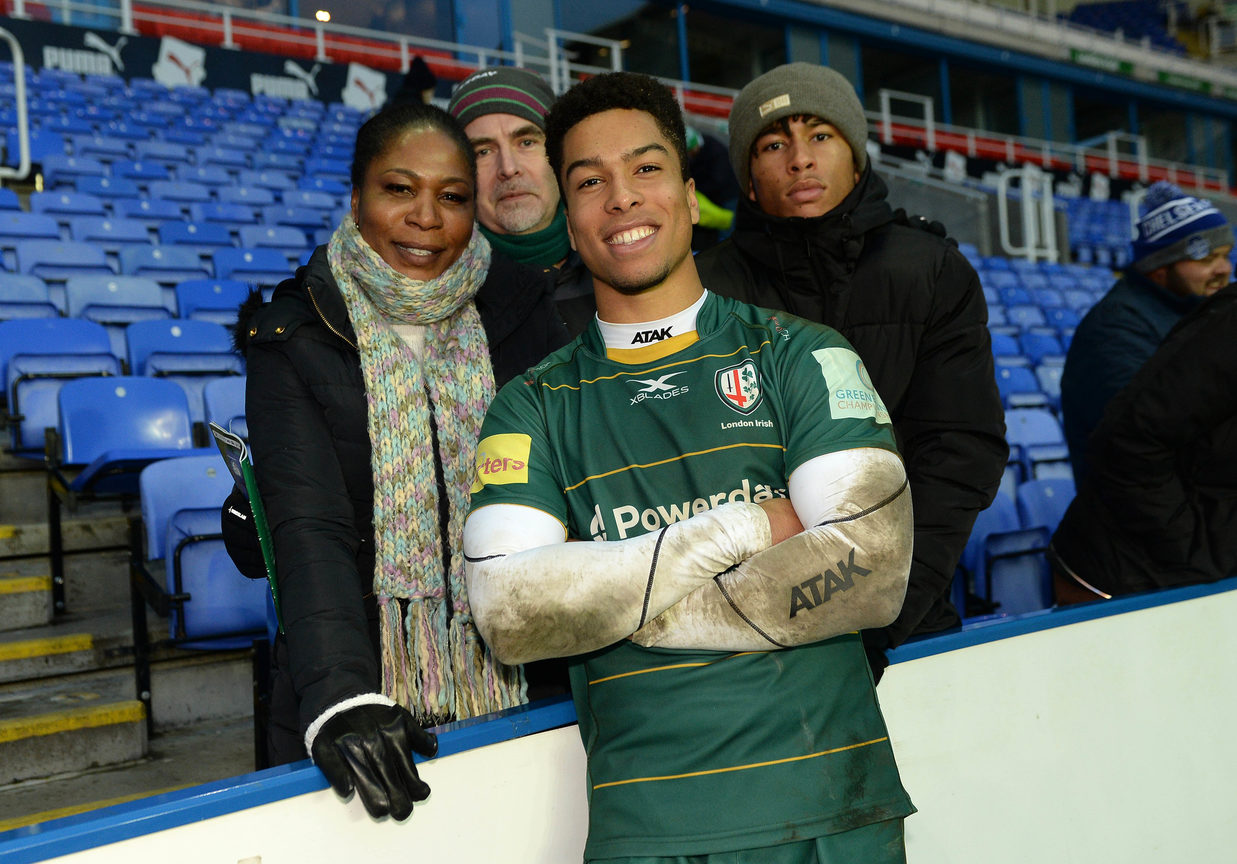 London Irish’s Ben Loader was in fantastic form for the Exiles throughout the 2018/19 season and has been rewarded with his inclusion in the England XV squad to take on the Barbarians at Twickenham Stadium on Sunday 2 June (live on Sky Sports, kick-off 2:30pm).

The England U20 international is excited to be given the chance to test his skills against a strong Barbarians team.

“I got a phone call asking what I was doing in the next two weeks and where I was going to be, so I had an inkling” explained Loader when discussing the call-up.

“I then got the email and headed to camp on Monday!”

The hot-stepping winger’s development has been rapid, impressing with consistent performances in the Exiles jersey, and he is embracing the new opportunities coming his way.

“It’s been great so far, being in new places and meeting new faces. It’s interesting to understand each other’s styles of play and gelling together as a team. We have worked out how we are going to play so it’s exciting.”

The Loader family have had a thrilling week with Ben’s younger brother Danny, who plays for Reading Football Club, receiving a call-up to the England U20’s football team.

“It’s been an amazing week for my family. I said goodbye to my brother on Saturday morning as he left to join the England U20 squad then, the next day, I was off to an England camp of my own!

“My parents are coming along on Sunday to the match. They are very proud of both of us and are actually in a bit of shock!”

A dream for many, to run out in an England shirt at Twickenham, is achieved by only a few. Loader is set to do so and is over the moon to be given the chance.

“It really is a dream. For so many of us, that’s the goal. I want to kick-on from this when I return to Irish and in my own personal development. I can’t wait to run out on Sunday.”

Loader scored 13 tries in 18 appearances for the Exiles and is pleased to be able to cap off his year with this special opportunity.

“I loved getting stuck in this season and hopefully I can carry my club form into the match on Sunday.”

“I have to treat this like any other match that I have played in, but obviously it will be a massive occasion.”

Not looking too far past his match on Sunday against a tough Barbarians outfit, Loader will enjoy some time off before getting stuck in for pre-season with London Irish.

“It’s a massive year for the club as we prepare with life back in the Gallagher Premiership.

“There will be some new faces around and hopefully we can maintain our form from the end of last season.”