Loader: ‘It had been coming!’ 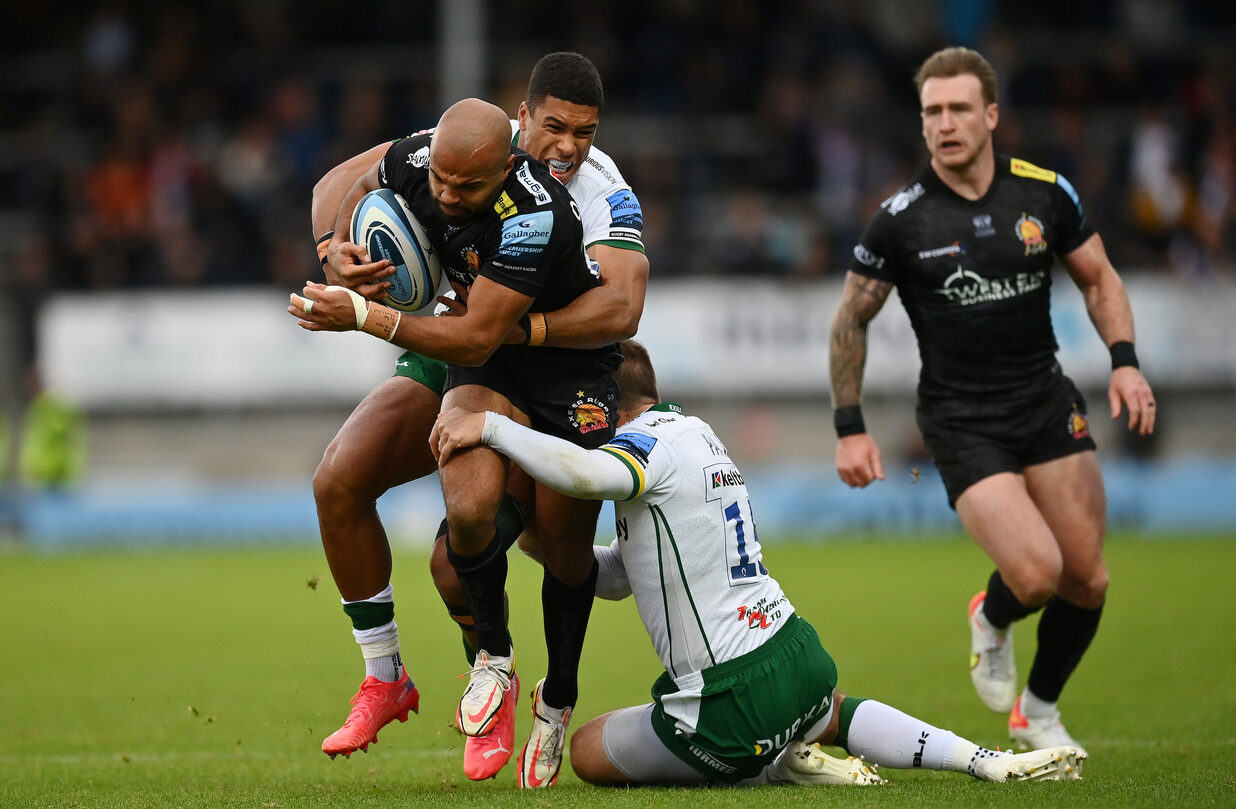 Ben Loader was grinning from ear to ear at the full-time whistle on Saturday afternoon, as London Irish put in a five-star display to beat Exeter Chiefs at Sandy Park.

Irish’s first win of the season arrived in some style, as Declan Kidney’s men put last season’s play-off semi-finalists firmly to the sword in Devon.

“We felt like a performance and a result like this one has been coming for a while,” said Loader.

“We’ve been building up to putting together a display like that and the final scoreline is just rewards for all our efforts.

“We’ve just been on the wrong side of it so far this season, but never too far away - so this is a brilliant reward for everyone.”

It’s certainly been a season of fine margins so far for the Exiles, with three narrow losses and two draws prior to Saturday’s 33-21 win against the Chiefs in Round 6.

“It does play on your mind in the last third of the game,” admitted Loader, “because we’ve put ourselves in strong positions so many times this season.

“But you’ve just got to keep trusting what you do, keep going, not let off the gas - and thankfully we got the job done.”

The Exiles came out the blocks in scintillating style at Sandy Park, scoring two tries inside the opening ten minutes - something Loader revealed Irish focused on in the build-up to the game.

“You know when you go to places like Sandy Park that you have to start well - you have to put pressure on them early,” he said.

“We managed to do that in both halves - and kept going throughout the 80 minutes.”

Chiefs fought back to make it 14-14 at half-time, but Irish’s class showed in the second half, with three further tries, including one from Loader himself.

“It was pleasing to score,” he said.

“As an attacking player, you always want to be crossing the whitewash, but the most important thing was getting that win, no matter who scored the tries.

“It was good for myself and Ollie (Hassell-Collins) to get on the scoresheet - it never hurts to have both your wingers scoring in the same game!”

With a first victory of the season under their belts, Loader and his Exiles team-mates now have Bristol Bears in their sights at the Brentford Community Stadium this weekend.

“We’ve got a tough run coming up,” acknowledged Loader.

“But I think we’ve shown that on our day we can compete with anyone, so we’ve just got to focus on ourselves, stick to what we know we’re capable of and carry that belief into the busy schedule we’ve got over the next few weeks.”