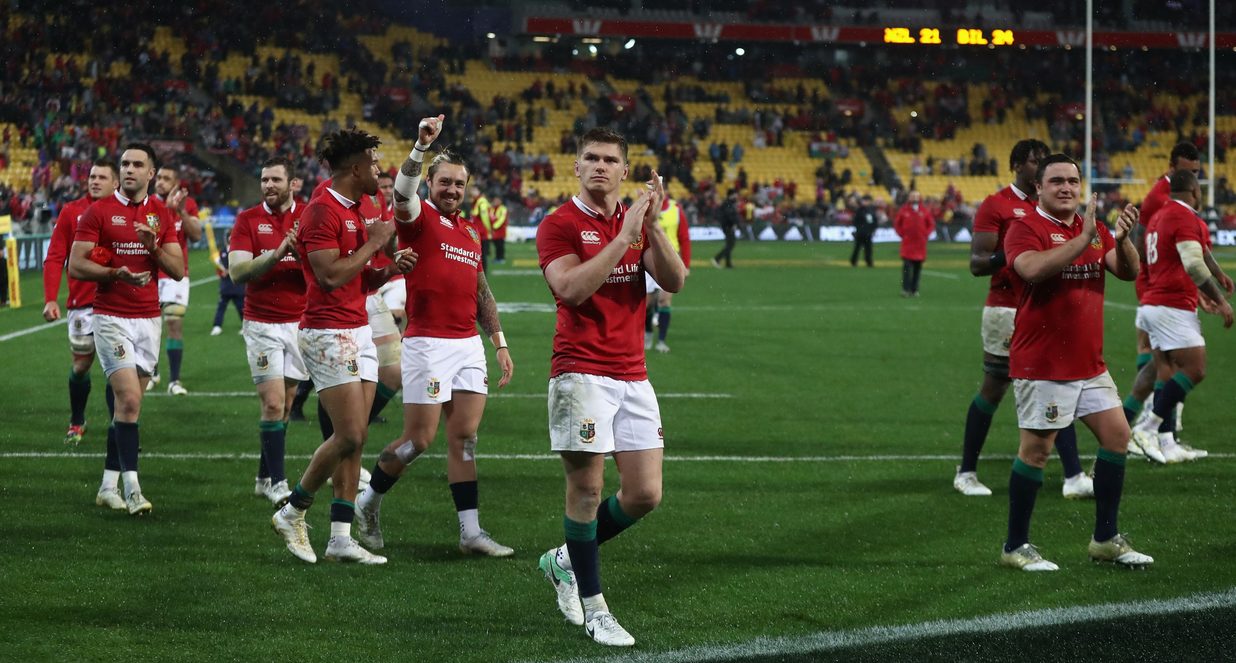 All eyes have now turned to the third Test in Auckland next week after the British & Irish Lions pulled off a stunning 24-21 victory over New Zealand to level the series.

With the score poised at 9-9 at the break and the All Blacks reduced to 14 men following Sony Bill Williams’ dismissal for a dangerous tackle on Anthony Watson, the Lions showed tremendous character to seal a famous win.

“Even without the red card we were the better team,” said Lions Head Coach Warren Gatland.

“It’s great to tie the series up and we go to Auckland next week with a series to play for. We need to fix the soft penalties and look at being more accurate in our kicking game.”

Insisting the job is only half done, Lions skipper Sam Warburton is determined to seal a series win, saying: “I’ll be happy next week when we bring the Test series home. We’ve got to win.

“We gave away far too many penalties in the second half. The one disappointing thing was the discipline but to score a try out wide shows we were willing to play a bit.”

London Irish’s Hazelwood training complex will be showing the third test live on the big screen next Saturday with doors opening at 8am.