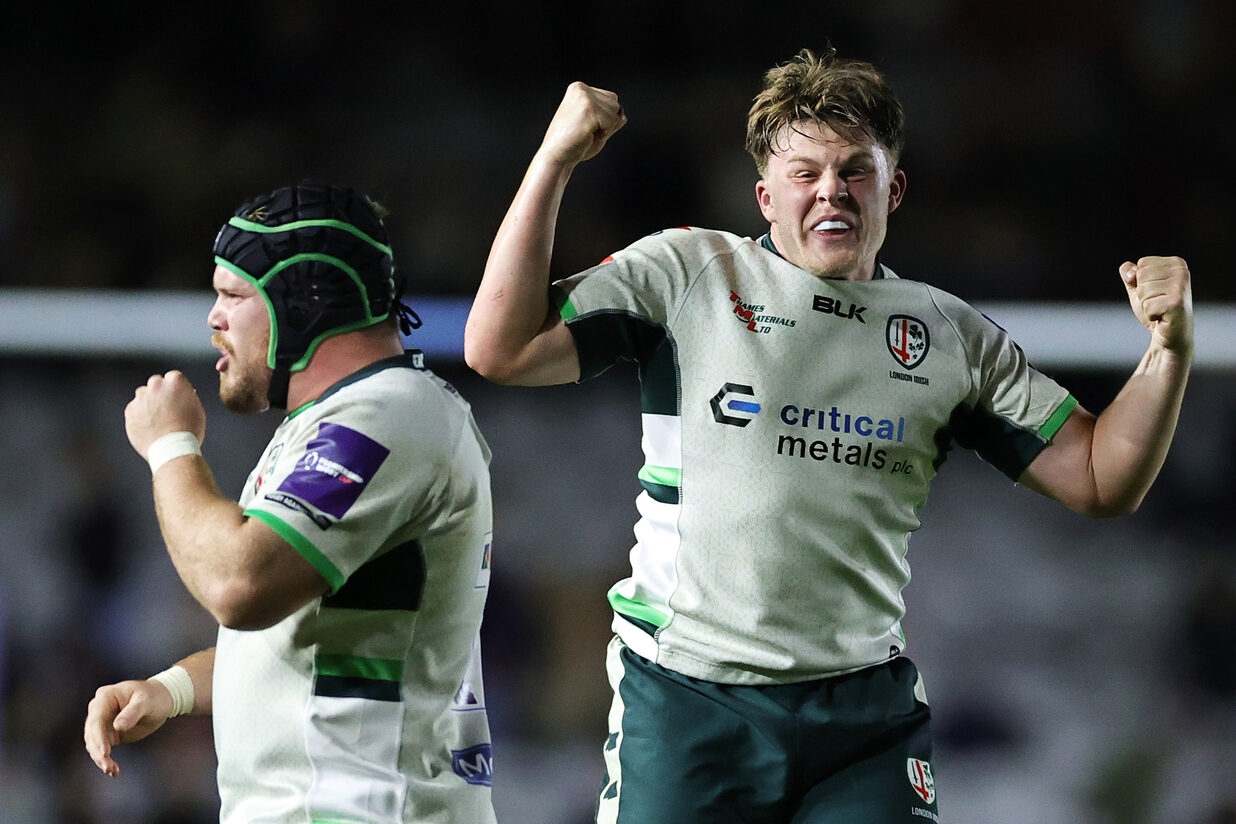 The Exiles raced into a 17-0 lead within nine minutes of kick-off, with Quins fighting back to take try and losing bonus points amidst a resilient 80 minutes from the Hazelwood side.

Nine Senior Academy players featured in the matchday 23 alongside new Scottish trio Logan Trotter, Jamie Jack and Patrick Harrison, 12 in total making their senior debuts and each grasping their opportunity in a London Irish shirt.

Lightfoot Brown described the win as a “pleasing performance”, with Irish sitting atop of Pool 3 in the Premiership Rugby Cup.

“We spoke in the huddle about the lads who made their debut today and also the lads that have waited a long time to play for this Club.

“It was a really pleasing performance, it’s always difficult to win at Harlequins but it was a great win.

“That’s what makes it special.”

With Irish promoting six Senior Academy players to the first-team set-up over the offseason, two of which attaining international honours, the knockout tournament has played a role in youth player development.

The Coach also voiced his pride in seeing Irish’s junior players be awarded time on the pitch in a competitive arena for the Club for another season.

“These are guys we have worked with for a very, very long time, and us coaches are incredibly pleased to see them challenged and perform at this level in equal measure.

"We have guys doing it in the first team, so seeing the guys back them up in the Premiership Rugby Cup is excellent.

"It shows what a great place the Club is in, and also the Academy.”

In a tournament where player numbers employed by Irish numbered over 50 last term, Lightfoot-Brown tells of the value of the knockout cup tournament for English rugby’s first tier.

“It’s the gateway for these guys to get into the first team and is a great opportunity to play for the Club.

“They can build some attachment to the Club and in the way that we play the game, and I think we saw that in tonight.

“It’s a great opportunity for the youngsters to get out there and play our style of rugby.”