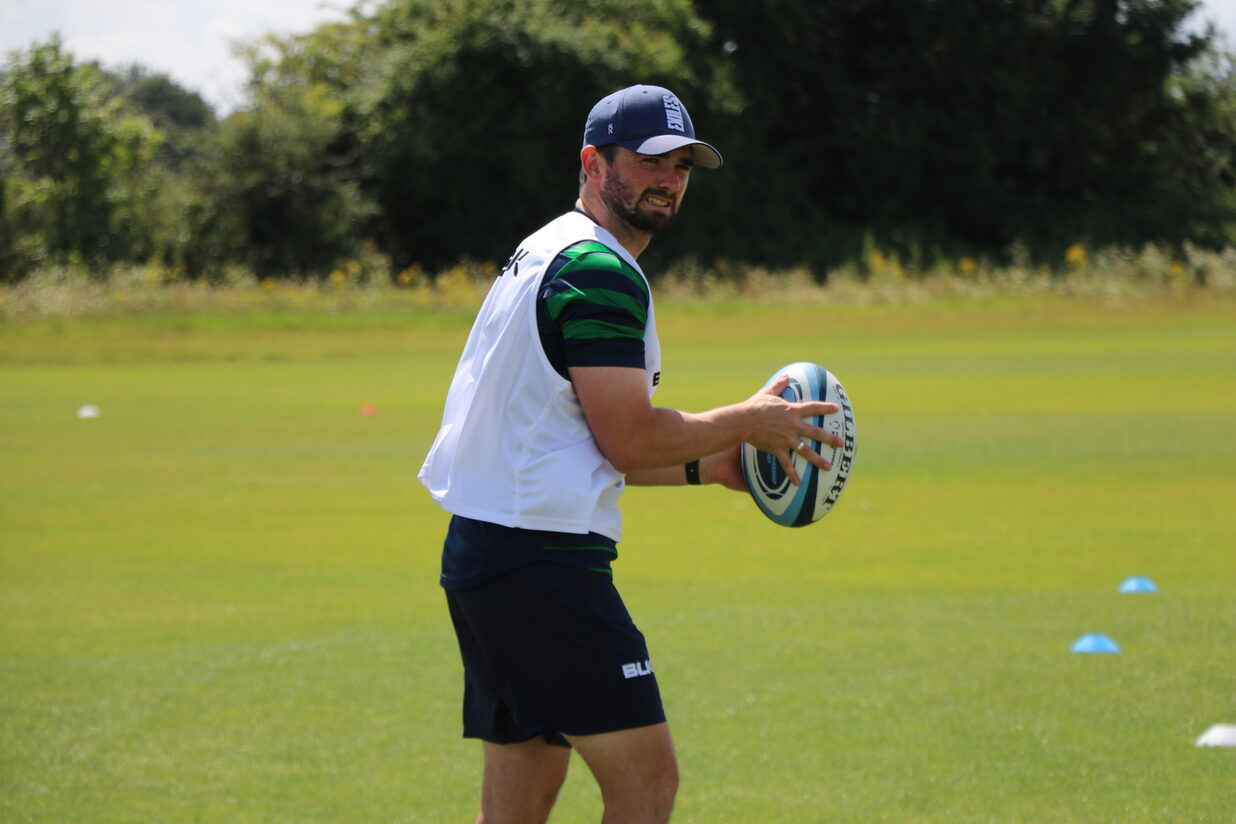 The former England 7s international has been particularly delighted to see the latest crop of Academy players getting the chance to rub shoulders with the internationals in the London Irish senior squad.

“Seeing the Academy lads training with the likes of Sean O’Brien, Adam Coleman, Paddy Jackson and many more is quite exciting for us” Lightfoot Brown explained.

“We spend a lot of time looking after these lads from the age of 13 and plotting their route, so it’s certainly exciting to see.”

Having helped the development of many Academy graduates that are now prominent members of the Exiles’ first team, Lightfoot Brown is happy to see their advice being passed down to the younger members of the pre-season training groups.

“I have some great relationships with a lot of Academy graduates that are now established members of the senior squad. This means I can lean on them to educate some of our new Academy players.

“They have been great whilst sharing their experiences and advice on how they improved when they were that age and at that stage of their careers.”

You could understand the potential pressure that the youngsters face when taking to the field in pre-season with numerous international players, but the Academy players are showing themselves in a good light.

“So far, they’ve held their own in training! Things are ramping up slowly so we will see how they get on. There are a lot of hurdles to overcome, but they’ve been great. If they bring the same attitude and energy into each session, they’ll be fine!”

Although it’s only the start of the preparations for the 2021/22 campaign, Lightfoot Brown is pleased with how things are going.

“It’s been really good. I think everyone always thinks they are having a great pre-season, but I genuinely do think that we are improving the areas of the game that we need to. There is consistency within the squad and the coaching staff, which will be beneficial.”

James specialises in working with the backs and has been getting stuck into the sessions here at Hazelwood.

“I’m mainly focusing on the skills of the game. Pre-season is a fantastic opportunity for us to develop the individual skills that we maybe don’t have the time to focus on during the season, when the games are coming thick and fast.