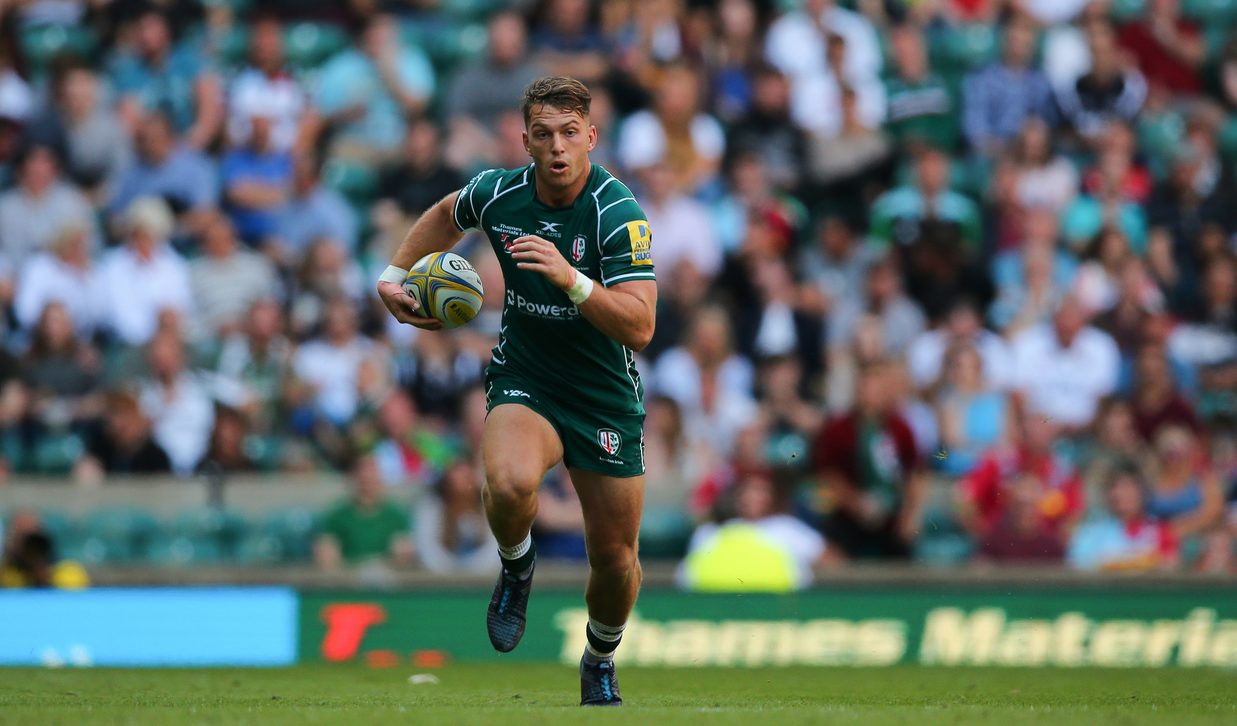 It is fair to say that Alex Lewington’s friendship with teammate Greig Tonks goes beyond the rugby field, the duo having attended Nottingham High School together.

Lewington, who turns 26 on Wednesday, has kept in touch with Tonks ever since, culminating in the pair playing for London Irish.

“I’ve known Greig since my school days, so it’s great to be playing at London Irish together,” said Lewington.

“He’s a few years older than me, so when we were at school we didn’t really talk an awful lot but we’ve got to know each other more through rugby circles in the years that followed.

“I played in an A League game against Greig when I was playing for Leicester Tigers and he was playing for Northampton Saints. There’s always been a crossover with Greig during our careers.

“He called me a couple of weeks before he arrived at the club last year, and we now regularly hang out away from the club.”

Living in the shadow of Twickenham Stadium in the London Borough of Richmond upon Thames, Lewington says he harbours ambitions of one day wearing the red rose with pride.

Revealing Tonks’ exploits with Scotland give him the impetus to one day force his way into the international reckoning, Lewington said: “To play for England would undoubtedly be the pinnacle of my career and from speaking to Greig, he’s told me how special it is to play on the international stage and that’s what I’m aspiring to.

“At the moment I’m fully focussed on my rugby with London Irish and I want to help the team move up the Premiership table, starting with the game against Northampton.

“If I continue to improve my game, then I’ll improve my chances of playing for England.”

You can read the full interview in this Sunday’s official match day programme, The Exile, as London Irish welcome Northampton Saints to the Madejski Stadium.

London Irish’s next home games are against Northampton Saints on Sunday 24 September and Leicester Tigers on Saturday 7 October. Adult tickets from £23 and U13s from £3 from www.lidirect.co.uk or call 0118 968 1016.