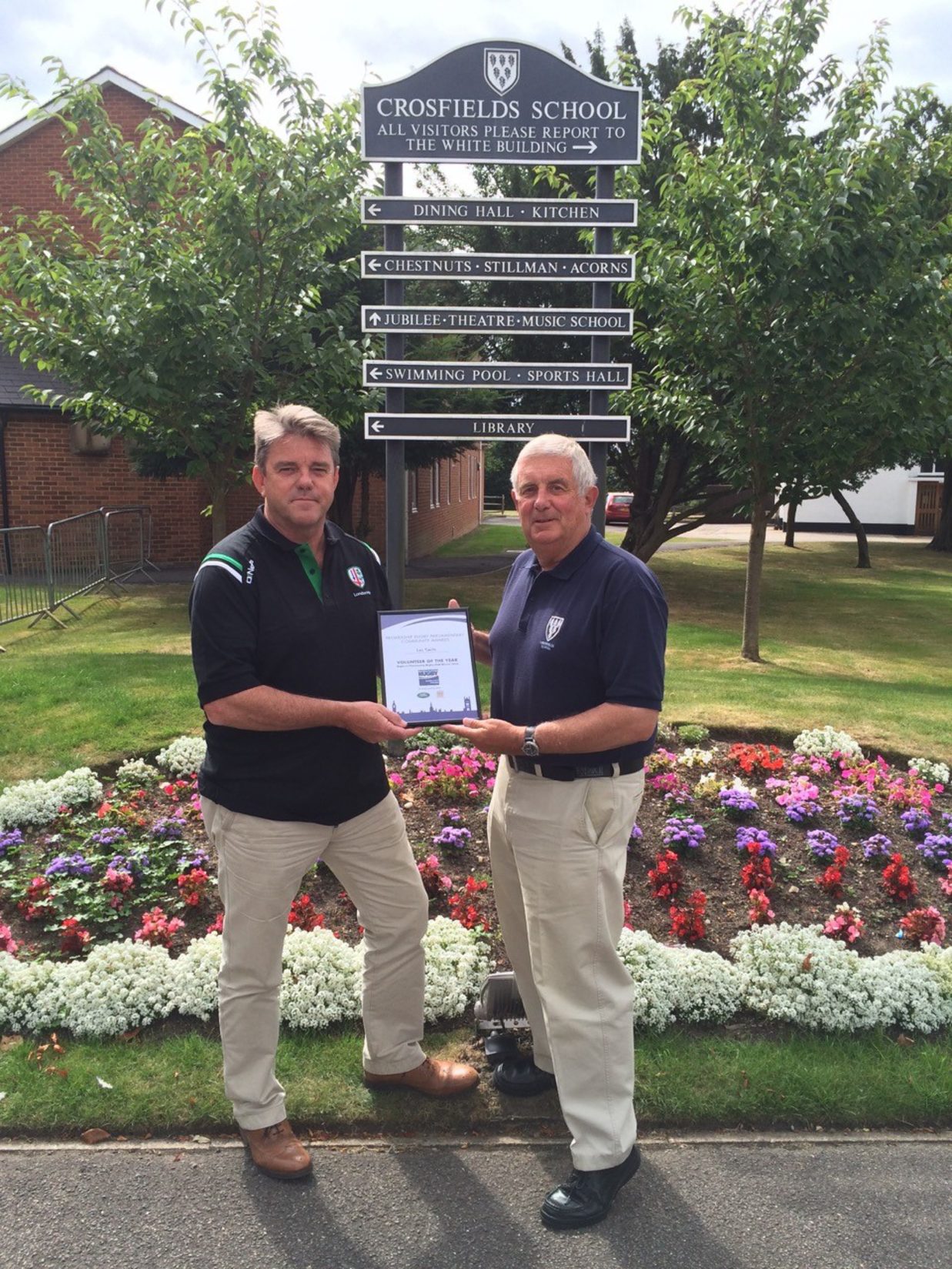 The PRL Community Volunteer of the Year Award is designed to reward a person who has demonstrated outstanding commitment to the community through their work at the club. Nominees must currently be involved in Premiership Rugby club community activities as a volunteer. For instance, they could be involved with a national or club scheme that hasn’t necessarily engaged with lots of people, but made a significant difference in their community. Each Premiership club provides a nominee.

London Irish have had the privilege of working closely with Les over several years on the Rugby Festival held in March each year. Les has organised, almost single handed, these incredible festivals, in his own time with no remuneration. He has done so for over 10 years now, and what a gentleman and inspiration he is. Well done Les.

The rugby festivals held at the school had over 60 teams, both girls and boys participating this March and from the arrival of the first team and parents, Les had all details smoothly in place. Whether it was a parking place, a festival programme, to refreshment or simply a humble hello, Les was in control but never really seen. A real art from a truly humble man.

As a club, London Irish, Premier Rugby and most definitely the game as a whole gets the spin off, as it is the game that benefits due to his unselfish approach. The festival never seems to have any teams drop out such is the prestige to be involved in the day. In fact Les holds a list of waiting participants which he wishes he could involve, but the numbers and safety requirements do not make this possible.

We as a Club arrive and support Les in any way we can. The day finishes with the medal handouts and a handshake from London Irish Players and Digger the mascot, but Les is still not to be seen. In the words of Les Smith. It is all about the youngsters.”