Les Kiss pleased with the way players 'went about their business' 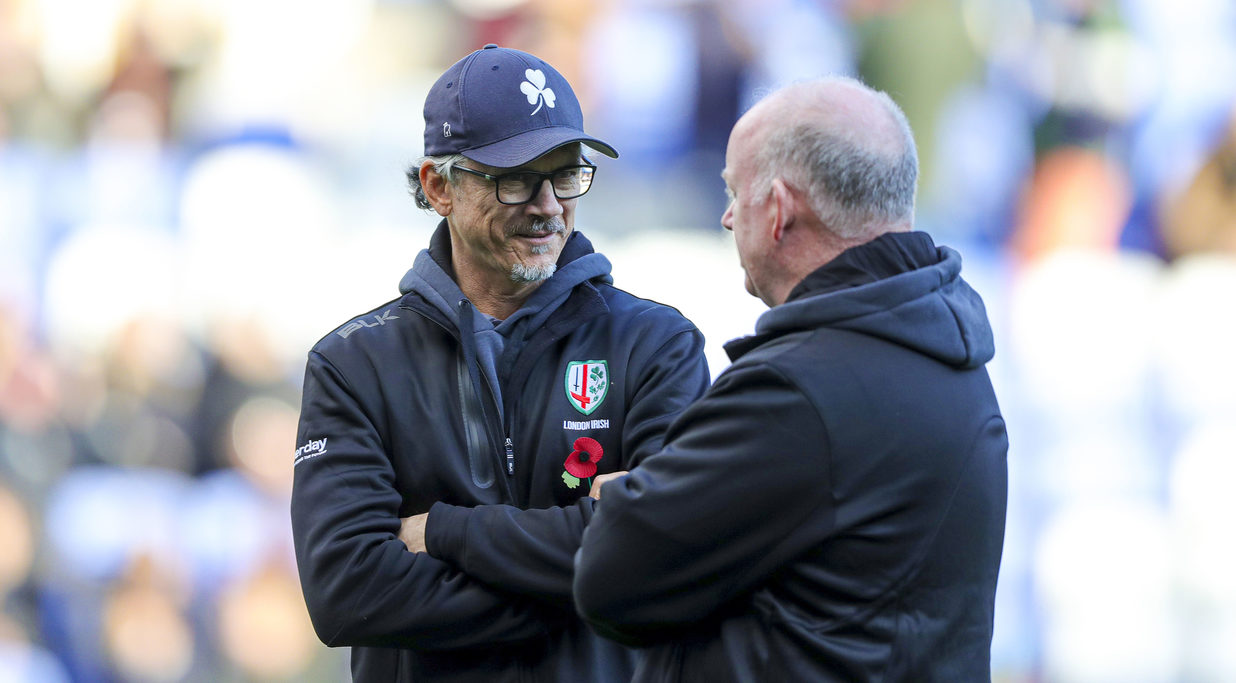 London Irish produced their best performance of the season so far. recording a 36-11 victory against Leicester Tigers at Madejski Stadium yesterday afternoon.

The Exiles outscored the visitors five tries to one in a display built of defensive intensity and endeavour, which lifted the team to seventh in the Gallagher Premiership table.

"Our defence stood up and we scored tries in a variety of ways, which is nice.

“We weren't perfect, but what we had to do was get the result, and the way we went about our business was tradesman-like; we worked the game away.”

St Patrick’s Distillery Man of the Match, Ollie Hoskins, got the Exiles ticking with the opening try, before Ben Loader, Ruan Botha, Waisake Naholo and Tom Parton all crossed successively.

As pleased as Kiss was, there were elements that he feels need improvements going forward into the coming games.

"There are things to work on there - a few too many penalties and our set piece could be humming a bit better - but despite those interjections, we managed the pressure throughout the game and made them play from their end a lot.”

The result yesterday sees a return of two wins from the opening four games and includes two bonus-points secured yesterday and against Saracens last Saturday.

“Last week was tight. It showed a lot of good signs, but it showed parts of our game where we can grow. Today was another challenge for us. The last time we played here we didn’t account for ourselves very well at all, so we brought that edge back into our game.

“This is a tough competition and you cannot afford to drop your guard, but I think the score line justified what we put out there today."

London Irish head into European action for the next few weeks, with Bayonne the visitors to Madejski Stadium on Saturday 23 November (kick-off 3pm). For tickets, please click here!