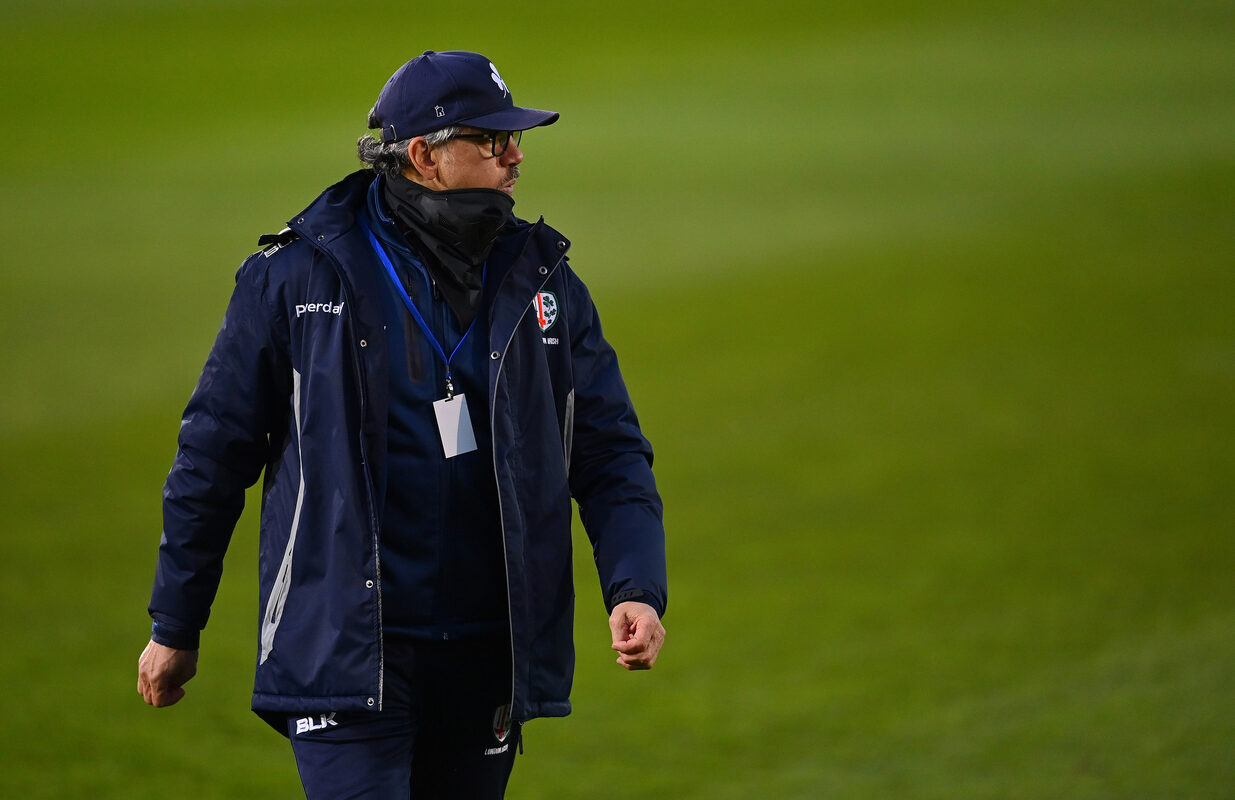 Head Coach Les Kiss was delighted with the spirit of the London Irish squad as they managed to overcome Edinburgh with only 14 men on the pitch for the final 20 minutes.

Irish managed to, against the odds, secured a 21-20 victory over the United Rugby Championship table topping Edinburgh on Saturday and Kiss was quick to praise his squad.

“We can play 14-men rugby pretty well; we did that against Saracens in the Gallagher Premiership. I think the style of rugby we play can mitigate that at times,” said Kiss.

“The spirit of the squad came through. Particularly after our start to the match, we blew four opportunities to score.”

It wasn’t plain sailing for Irish and they were pushed right to the final whistle. The half-time break gave the coaches a chance to pass on their advice, as Les went on to explain.

“Edinburgh got over us too easily in the first half. At half-time, we discussed tightening our defence, which I think we did,”

“I think we need a few more points until we have qualified, but it’s great to keep our run going in Europe.”

The Exiles last outing before Saturday’s match against Edinburgh, was the trip to Wasps on Boxing Day, owing to Covid-19 related cancellations.

“The boys were chomping at the bit to get a game after our previous few games were cancelled due to Covid-19. Maybe there was a bit of rustiness in how clinical we were in the first half, but I thought we were good.”

Attributing a win or current form to a certain factor is not an easy thing to do, but Les did want to highlight two things.

“There are two main factors to how I think we have operated over the past couple of months. The first is how smartly the Assistant Coaches have gone about their work. They’ve been brilliant at keeping the training sessions at a good tempo.

“The other thing has been our replacements. All the guys that came off the bench added energy, which is especially necessary when you are down to 14 men, and I thought they were exceptional.”

Click here for tickets to our next home game!