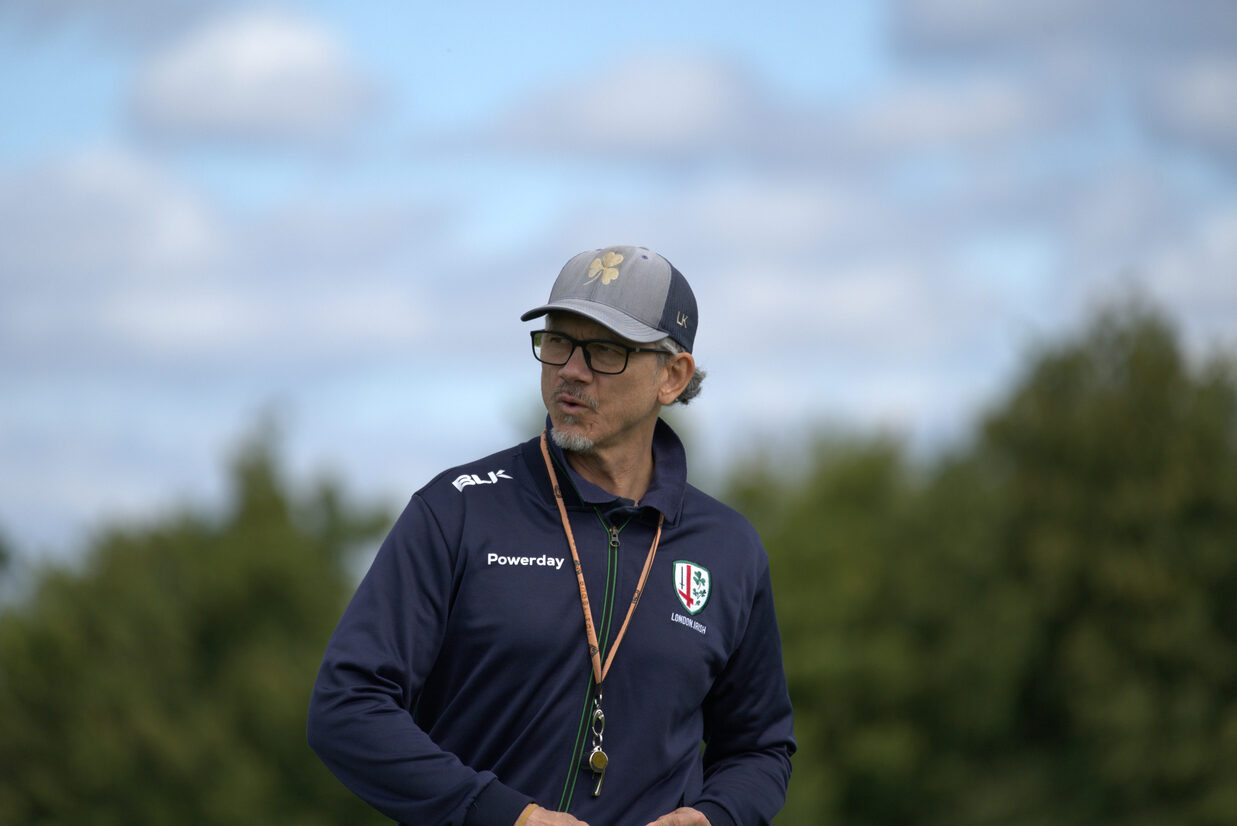 London Irish Head Coach Les Kiss has revealed that his coaching staff have been “surgical” in what can make a difference for his team during this pre-season ahead of an historic campaign for the Club.

After a long nine months where Irish fought on three fronts as late as May, the team has now regathered in unique circumstances as new faces are welcomed despite the absence of a double-figure count of international representatives.

The Exiles, having finished eighth in the Gallagher Premiership last term, qualified for the Heineken Champions Cup for the first time in 11 seasons and he reaffirms that his squad are embracing the challenge ahead.

Reflecting upon the previous year, Kiss highlighted that last season will serve as a learning curve for himself and the team in order to hone the Exiles’ craft domestically and in European competition.

“Part of coaching is trying to look forward as positively and ambitiously as possible, whilst looking back to take the key learnings that can help drive our current programme and work ourselves up the ladder,” Kiss explained.

“If we did the exact same things as we did in last pre-season now, it wouldn’t work, so therefore the purpose of reflection is to filter through things that really matter and can make a difference to our performance this year.

“It reflects on the fact that we want to be aggressive in terms of our style of play, no doubt, but we also want to be able to account for ourselves more consistently in big games.

“We found out how good we can play but we need to ensure we solidify our identity to ourselves through hard work, effort and being a smart football team and ultimately, we want to hit the ground running in the first game and start up in better form than we finished.”

It’s no coincidence that the coaching philosophy of ‘What’s Important Now’, or ‘WIN’, has played its part in Irish’s success gradual ascent in recent times, but Kiss accepts there is still work to be done yet.

“We always look at everything through the lens of ‘What’s Important Now’ (WIN) so you can be on top of the opportunities and challenges in front of you.

“If we focus on the vital things present to us in any given moment based on our planning and way that we play, if you get that right more times than not then you will be closer to winning.

“Winning is an interesting thing; yes, we feel that we are getting closer to understanding what it feels like to be a winning Club, but are we there fully yet?

“No, only one team can win the trophy at the end of the year but also everyone will have a different view of success.”

With Irish’s possession active time in the 2021/22 Gallagher Premiership the second-highest league-wide and beaten only by Exeter Chiefs, the Exiles have formulated a rousing style of rugby.

Kiss states the team are currently “building the capacity to perform the way that we play” in the early weeks of pre-season to ensure the team’s famed brand of entertainment can be enacted.

“We are a high-tempo team with the ball in play a lot of the time, so through our fitness work and training in the gym we’re re-establishing our physical capacity to advance our attacking game whilst doing so with a different balance in our training group.

“Our new recruits have come in to move key areas of improvement whilst not taking away that our attack is a massive part of our game and identity.

“There are different areas of the game that we of course want to make sure are right, and this different balance of players helps us understand how we can use them to elevate ourselves.

“We know what works for us in terms of attack, we know what it takes to make it work for us also in terms of our effort and required preparation, but we also are exploring some variation and flexibility without taking our eyes off the basics that have worked for us.

“We’re big on committing to the principles of our game and we know that if we get that right, we know we can build some variation in our tactics to improve.”

The Head Coach was additionally sincere in where the Exiles can further address their limitations in this time before rugby action resumes.

Kiss imparted: “We have been surgical about what will make a difference for us yet remain true to our identity, we acknowledge that we have parts of how we play that can improve but we know that they are related closely to other parts of our game.

“From my perspective, I am very positive about what our coaches have put together after reflecting on last season and being honest about the areas we need to work hard on.

“It’s been a real focus so we can put that into the programme in order to advance the Club next year, and I feel as though they have done the right things along the way and done a good job about what we need to fix up.

“We’re not necessarily trying to break one part of our philosophy down to focus on and make it our sole focus, we know there is chance for us to improve and yield less points on a game-by-game basis.

“We had the second-highest tackle success rate in the Premiership last year (79.8%) yet conceded points last season- we understand that as a group, and we aren’t afraid to say it’s one of our challenges to work on.

“Should we reduce our points conceded, we still must score at the end of the day too so it’s finding that delicate, interesting balance, but we’ll try to make it happen.” 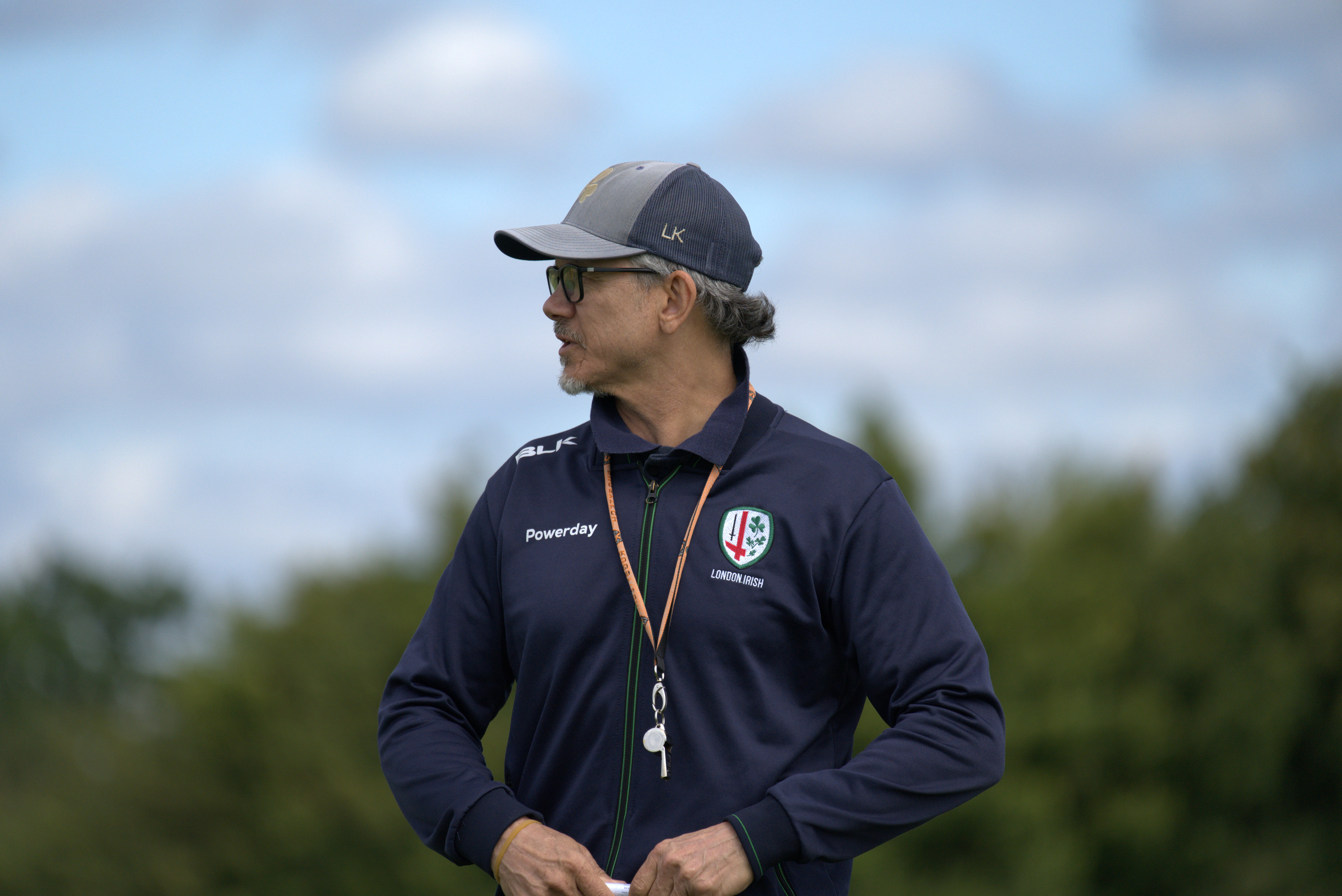 11 new faces will be welcomed at Hazelwood before the 2022/23 season commences, with some of those not on international duty already making a strong impression at London Irish.

As much as the signings have impressed on the pitch, Kiss also has outlined how the fresh acquisitions have bought into the Club way of life from the off.

“The biggest part in my view is how they relate to other players, how they fit into the locker room, which is the heart of the Club, and to a man so far it seems to have flown along really nicely.

“There’s no better way of bedding in and knowing your fellow man on the pitch than working hard and sweating away together.

“They have generated a lot of positivity; we will have a different group this year in terms of balance and different ways how we will adapt to that in training and on the pitch.”

Adaptation is key for London Irish, who already have had to begin activity in Sunbury this pre-season without an abundance of international players- but Kiss reassures that normal service has resumed.

“The Club as a whole can be very proud, we have had 13 players on duty last weekend including the England under-20s.

“We have two lads down in Australia doing very well, the Argentine boys have featured, our new recruit Api [Ratuniyarawa] is getting some test rugby, Ben White had a stormer in the second test in Argentina and Kyle being injured is a massive blow, particularly on his debut.

“Our name isn’t getting out there just through our English players, it’s a broad spectrum and we’re enjoying that they are having their success and the boys are locked into their televisions every week watching on.

“We’re enjoying the fact that they are getting their deserved opportunity, and long may that continue.

“We will support them every day of the week but with the team here, we are focused on ‘What’s Important Now’ and how we can make a difference here.” 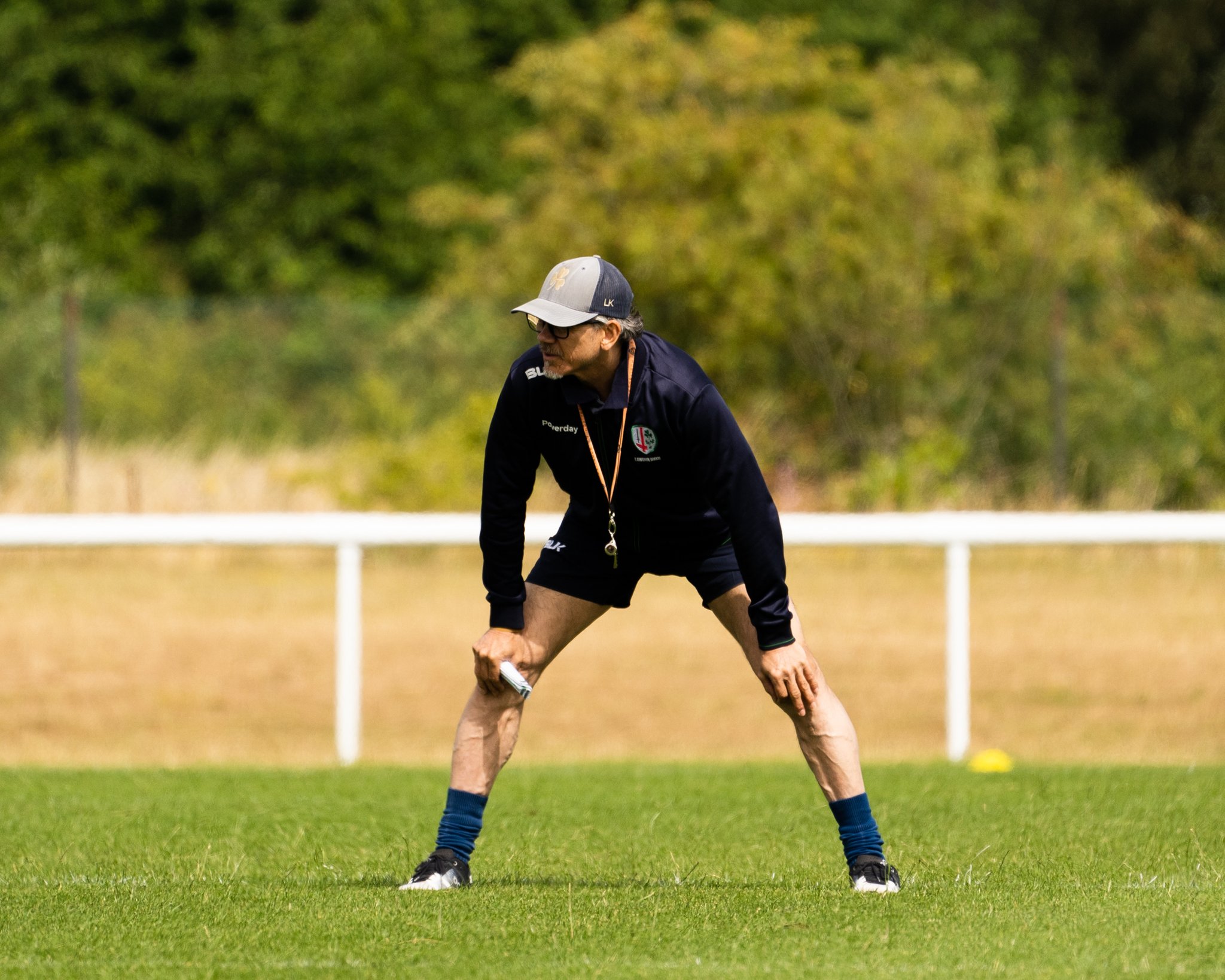 The delirium amongst the Exile Nation for the new start has been palpable in recent weeks, with such excitement shared amongst those in the ranks at the Club.

Looking forward to what will be his fifth full season in charge of Irish, Kiss has said that an essential switch in approach has been communicated to the side as they enter Europe’s premier knockout tournament.

“We have our change of messaging within the rugby department, but reaching the top level of European competition will naturally change conversation.

“If you distil that down, it becomes massive for us for us to understand the challenge ahead for us in rugby, but the nice thing is that the boys are more than up for it, they’re embracing it.

“We’re going home and away to the Top 14 and United Rugby Championship winners, and if that doesn’t concentrate the mind and create certain messages, then nothing will.

“It’s exactly what we want, to be challenging ourselves against the best, because it’s the only way you can really gather enough information about how we have grown.”

The boys in green were drawn against DHL Stormers and Montpellier Hérault in Pool A of the competition, commencing on the weekend of the 9th/10th/11th December 2022 in what will be the first competitive meeting of the sides.

“Declan knows the competition inside out and I have been involved in it heavily myself at that level, so we have some experience there.

“It’s certainly something we are welcoming, and not in an overexcitable way, rather in a pragmatic, ‘Let’s see what we can do to match up to this challenge’ attitude.

“We feel comfortable that we can go well there, there’s no guarantees and it is going to be tough but we’re looking forward to it.

“I can’t give our coaches enough credit for the way in which they have gone about their work, their enthusiasm and appetite for what is ahead will be necessary for the team as well.

“The boys know we will keep working hard on the simple principles that serve us well in our game ahead of what will be a memorable campaign.”

You can book your place to see the Exiles in the Heineken Champions Cup here with a 2022/23 Season Ticket.