Late Surge from Irish Not Enough to Claim Victory 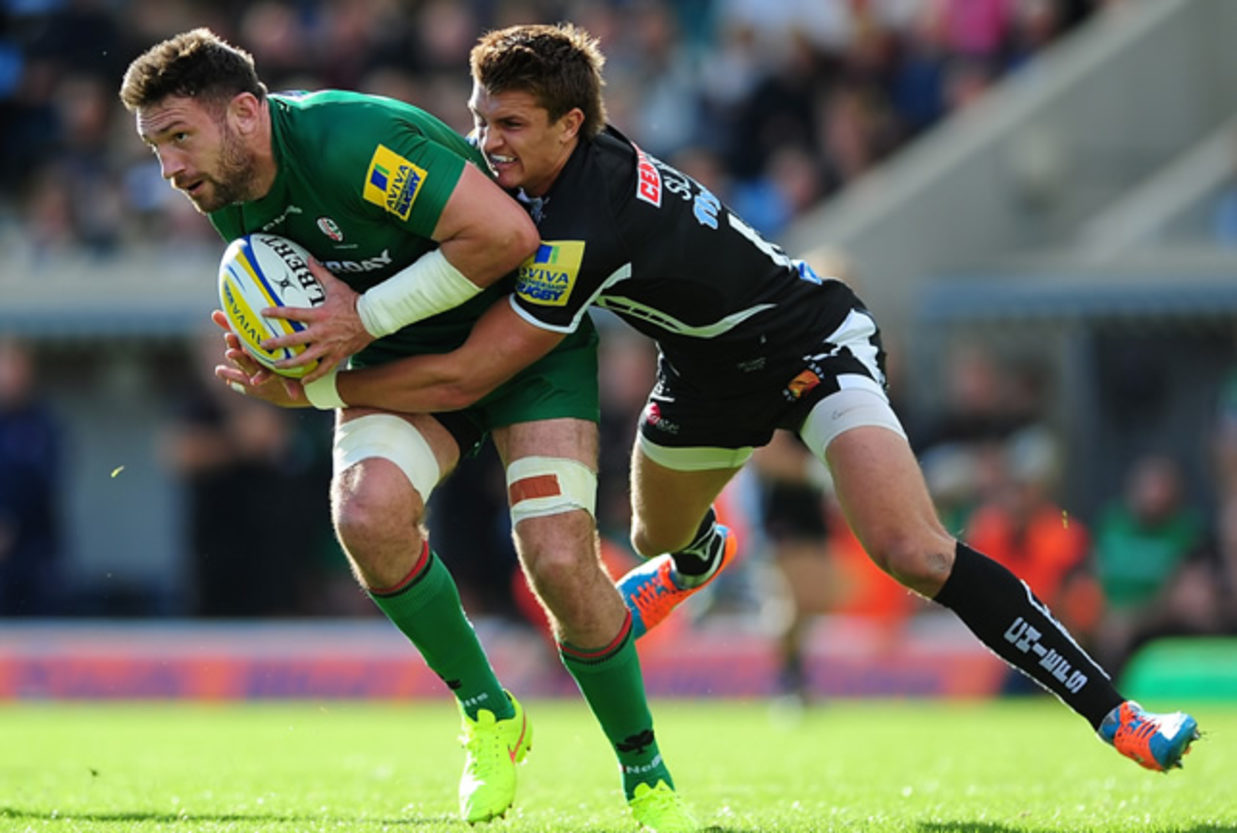 Late Surge from Irish Not Enough to Claim Victory

London Irish faced a trip to Sandy Park at the weekend to face Exeter Chiefs in round six of the Aviva Premiership, the last before the European and LV=Cup competitions take over.

Both sides came into the game hoping to get back to winning ways; high-flying Exeter having a point to prove following their loss last week to Newcastle and The Exiles' were hoping to bounce back following a narrow loss to Northampton Saints and keep their 100% win record away from home in tact.

Exeter dominated much of the game, running in five tries leaving the score 44- 3 with fifteen minutes to go. A late surge from Irish saw them claim three of there own, replacement Blair Cowan crossing twice, to leave a final score of 44 – 24.

Exeter got the first points of the game. They came out of the blocks flying and spent the opening five minutes camped in the Irish 22. The Exiles defended well, repelling the Chiefs multiple times before conceding a penalty to allow Gareth Steenson to give Exeter a 3 – 0 lead.

Irish won a penalty from the restart and Skipper George Skivington turned down a shot at goal as Irish went for the corner. Exeter defended well but the relentless Irish attack won them a penalty under the posts and a chance for Shane Geraghty to immediately level the scores again at 3 – 3.

The first try of the game went to Exeter’s loose head Carl Rimmer who found a whole in the Exile’s defence off a clever inside ball from Will Chudley to race away and dive over the line. Steenson added the extras to make it 10 – 3.

Henry Slade crossed the line for Exeter after 22 minutes. The centre’s clever footwork got him through the defence, and the conversion from Steenson bought the scores to 17 – 3.
Steenson had another chance to further extend the lead after Irish were deemed to have committed foul play at the break down. The fly half delivered for the hosts from 40 metres to make it 20- 3.

With six minutes to go in the first half, Steenson had another chance to make the Exiles’ ill discipline pay as he lined up another shot at goal, this time from the scrum. The successful penalty bought the scores to 23 – 3 and set up a daunting score line for Irish going into the break.

As the game entered the final five minutes of the half Irish began to link some phases, with both Alex Lewington and Topsy Ojo making inroads. However, too often the accuracy was lacking and the Exiles were unable to convert pressure into points.

Exeter made this inaccuracy count as Jack Nowell supplied the ball to Damien Welch to allow the second row to cross for Exeter’s third try of the half. Steenson again converted to make it 30 – 3 at half time.

The second half got underway with Irish bringing Dan Leo, James Short and Blair Cowan onto the pitch as Irish looked to bring some spark back into their play.
These changes almost paid off immediately as all three were heavily involved in a move that saw the Exiles surge into the Exeter five metre line but  were unable to get across the line.
Despite a bright start to the second half from Irish; it was Exeter who were banging on the door yet again. Two quick tries from Damian Welch and Don Armand gave the hosts a 44 – 3 lead.

Irish showed their character in the closing stages. James Short just clipped into touch as he dove for the line following a move which saw every member of the side play a part.
The Irish pack worked hard and won a turnover at the line-out from which Blair Cowan crossed for his side’s first try of the game. Geraghty added the extras to make it 44 – 10.

Irish struck again off the re-start. Fergus Mulchrone and Topsy Ojo broke away allowing Fenby to score under the posts in a length of the field score. A Geraghty conversion bought the score to 44 – 17.

Brian Smith's side scored again in the final play. The pack muscled their way over from a line-out and Blair Cowan claimed his second of the day. Geraghty converted once again to make the full time score 44 – 24.