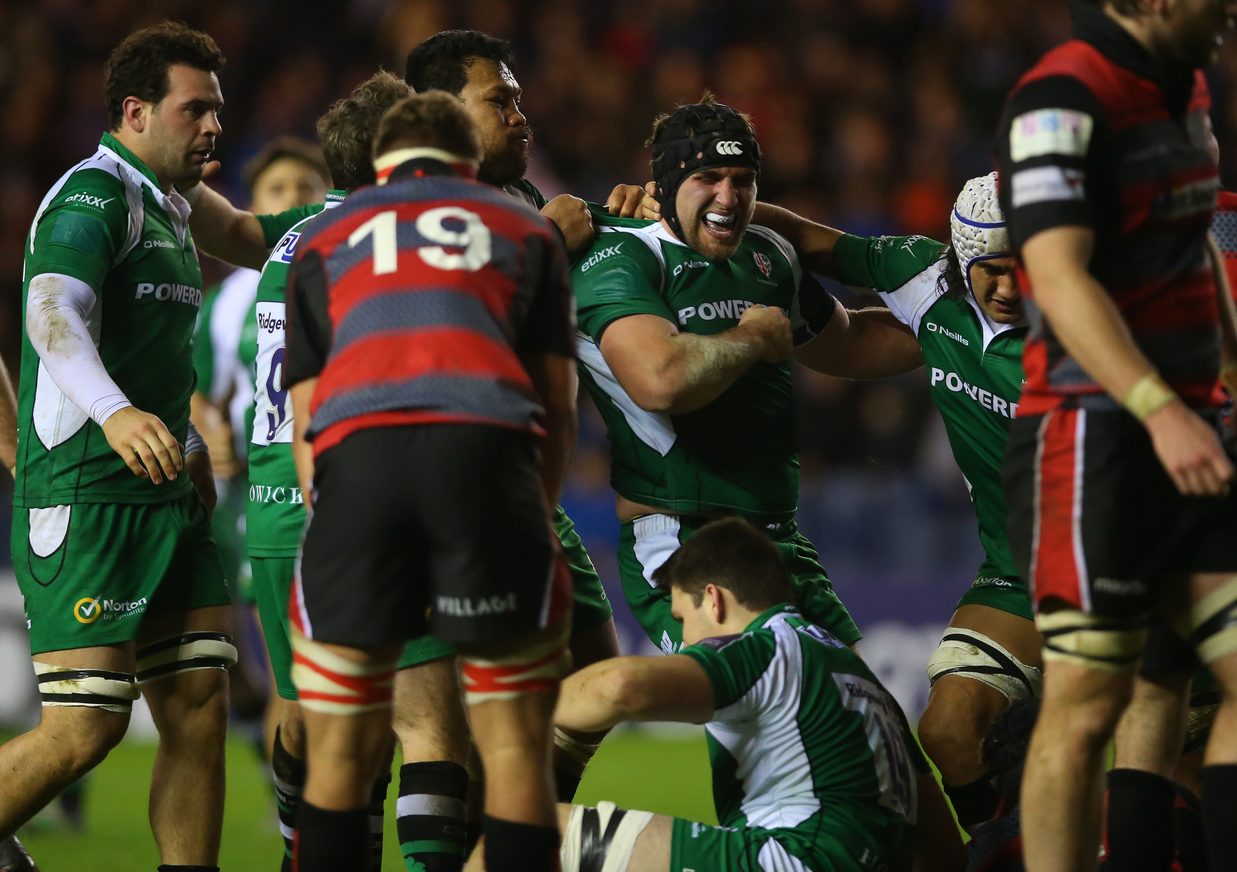 London Irish travelled to Murrayfield for the return leg of their Challenge Cup matches versus Edinburgh on Friday night.

Tom Coventry made five changes to the side that won at the Madejski Stadium last week for the pool 5 clash, with Nic Rouse making his first appearance of the season after recovering from injury and Leo Halavatau making his 100th appearance for the Exiles from the bench.

In a tough, physical encounter the lead exchanged hands many times. Tries from Gerard Ellis and Tom Smallbone gave Irish the edge over a Tom Brown try and the boot of Sam Hidalgo-Clyne for Edinburgh. But with ten left to play John Hardie crossed for the hosts and they held on to win 18 – 15.

After an early spell of both sides looking to control territory it was Irish who struck first. A good kick chase from Alex Lewington and Conor Gilsenan forced Greig Tonks to kick it straight into touch giving the Exiles a good attacking platform. After building pressure well Gerard Ellis was the battering ram and crashed over to make it 0 – 5.

Edinburgh struck back soon after. After winning a penalty the hosts stuck it in the corner and after rolling it close to the line the backs had a crack, Tom Brown cutting back inside to step his way across the line and with Sam Hidalgo-Clyne’s conversion and a penalty shortly after the score stood at 10 – 5.

A penalty from Shane Geraghty closed the gap to just two points with ten minutes left in the half however with five to go Hidalgo-Clyne struck back with a penalty from the scrum to make it 13 – 8 at the break.

After a slow start to the second half, London Irish took the lead on 60 minutes. After Tom Smallbone was held up at the back of a rolling maul, the replacement made no mistakes at his second bit at the cherry. Allison span the ball out to the prop who kept low and smashed his way over which, with Geraghty’s conversion, made it 13 – 15.

Edinburgh struck back with nine minutes left to play. After winning a penalty they went for the corner and despite ferocious defence from Irish, John Hardie broke away to score, Hidalgo-Clyne missed the conversion leaving it at 18-15.

The closing phases of play saw Irish battling hard, but Edinburgh held onto possession and cleared the ball out to see out a 18 – 15 victory.

London Irish next face Northampton Saints on Boxing Day at the Madejski Stadium.