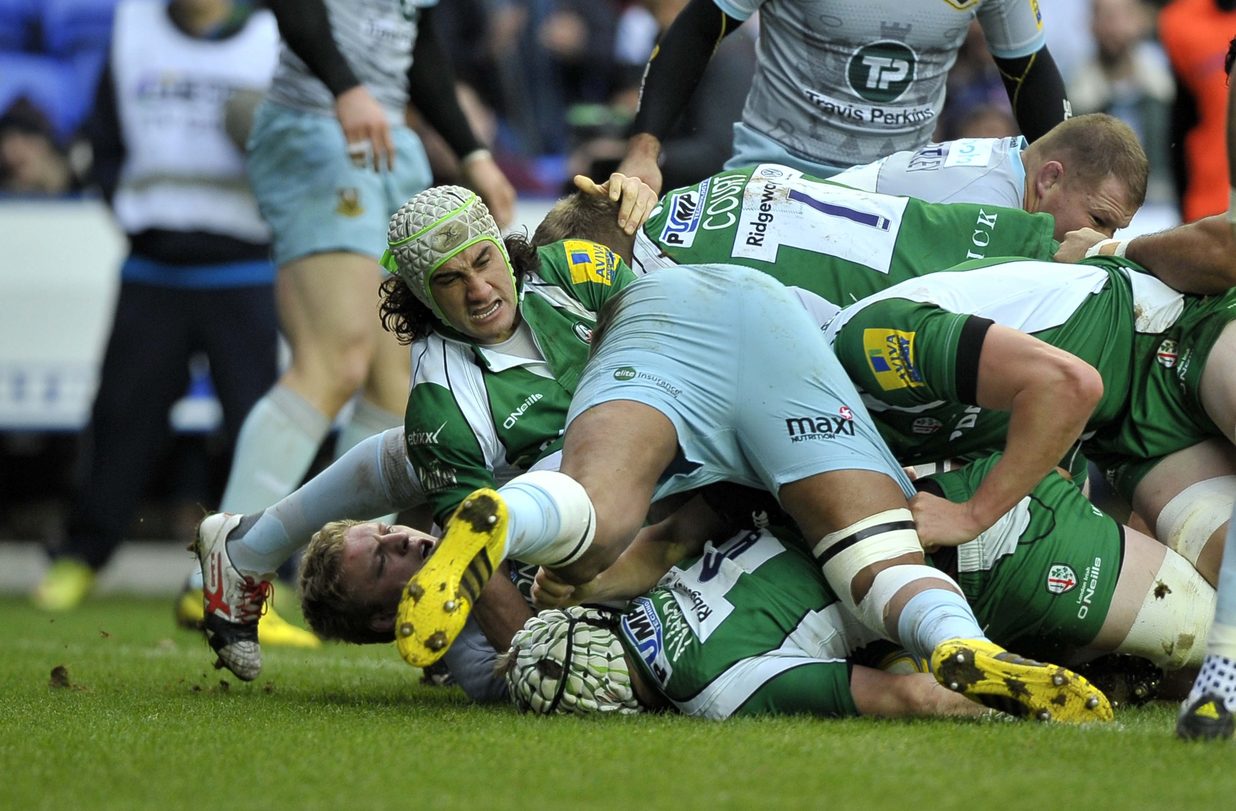 London Irish moved off the bottom of the Aviva Premiership table this evening with a 25-23 victory over Northampton Saints in front of just under 10,000 people at the Madejski Stadium.

Tom Coventry's side were awarded a penalty try on 78 minutes to take a two point lead and then foiled a JJ Hanrahan drop goal attempt to spark jubilation for those in attendance.

Matt Symons returned to captain the side in the second row alongside Will Lloyd who was a late replacement for Nic Rouse. Sean Maitland, Aseli Tikoirotuma, Chris Noakes and Brendan Mckibbin all returned in the back line after missing last Friday's European fixture against Edinburgh.

Luke Narraway got the Exiles off to a great start, diving over for the first try on 10 minutes off a driving maul from five metres out. The Irish pack drove into the heart of the Saints pack, a route they were rewarded with throughout the first half. On this occasion the front five worked well together and, after a brief consultation with the TMO, referee Ian Tempest awarded the try.

Stephen Myler got his side on the board on 26 minutes after an earlier penalty miss, but was quickly cancelled out by a Noakes effort to make it 8-3.

Sean Maitland scored his first try in the Premiership seven minutes before half time and it was a fantastic team effort. The forwards carried with passion and power with the backs providing the finesse to allow Maitland a simple run in. Noakes added the conversion from the touchline to make it 15-3.

Saints' pressure just before the break eventually told and Ken Pisi crossed in the corner to reduce the arrears to 15-8 at half time.

George North scored his first try of the season within six minutes of the re-start. The visitors were deep in Irish territory and, with a penalty advantage, Kahn Fotuali'i chipped from the base of the ruck for North to claim and touch down.

New Zealander, Noakes, added three points to the Irish tally with a 45 metre penalty to make it 18-13 with half an hour remaining.

Myler cut the deficit  to 18-16 with a second penalty before Kahn Fotuali'i dived over for the visitor's third try after a great break from substitute winger Tom Collins. Myler's conversion meant his side hit the lead for the first time in the match 18-23.

Aseli Tikoirotuma was sent to the sin bin for a harshly judged dangerous tackle to leave Irish down to 14 men for the majority of the final quarter. It seemed to work in favour of the men in green and with the supporters on their backs they pressured the Saints line. With the penalty count climbing, referee Tempest had no choice but to send former Exile Jamie Gibson to the bin. with a man advantage in the pack, Irish powered their way to the visitors' line and were rewarded with a penalty try. Geraghty added the extras to make it 25-23 with minutes remaining.

JJ Hanrahan stepped back in the pocket for the drop goal with time almost up, but had his effort charged down. Brendan McKibbin booted the ball into the west stand to give Irish their first league win of the season.

The New Year starts with a trip to Kingsholm of 2nd January to take on Gloucester.