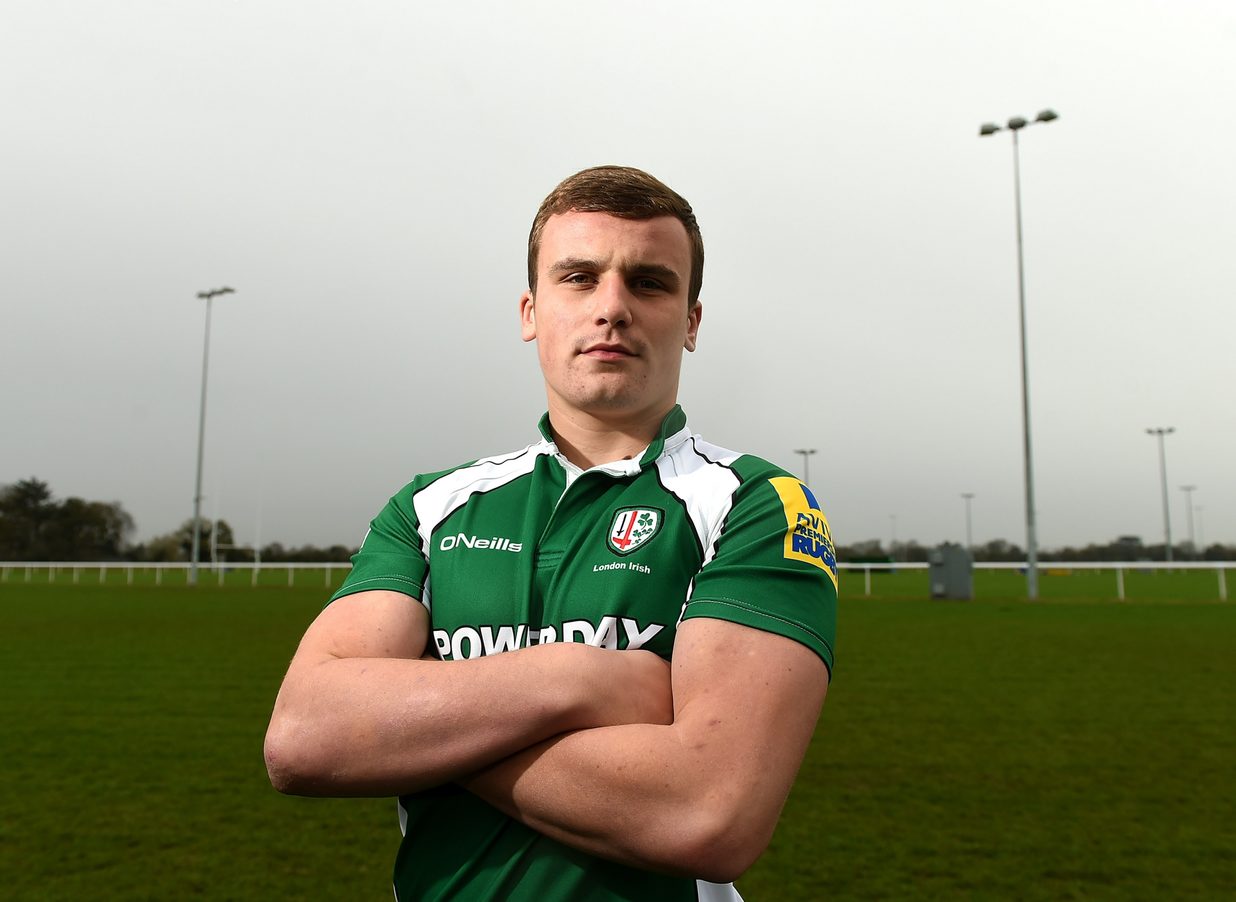 Promising hooker Curtis Langdon has been named in the England Under-20s squad for tomorrow’s Six Nations showdown with Ireland Under-20s on Newcastle Falcons’ 4G pitch (kick-off 6.05pm, live on Sky Sports 3).
The 18-year-old, who came through the London Irish AASE Scheme, is amongst the replacements as the future of England look to close the gap at the top of the Six Nations table.
Occupying third place by virtue of a defeat against Scotland on the opening weekend coupled with a victory in Italy, Head Coach Jon Callard is satisfied with his team’s progress.
“Against Italy we put some nice patterns of play together, our game understanding was stronger and our game management was better,” said Callard.
“That improvement came about from having more time together and having the experience of a good hit out against Scotland. We always said we would need that first game against Scotland to really know where we were at, and unfortunately we came up short that day, but rectified it the following week in tough conditions.
“Against Ireland it is a different surface again. The 4G means it is going to be a quick game and we need to be sharp around the breakdown. Our defence must be solid and we need to know our roles and responsibilities. In attack, it is simply about being clinical and taking the opportunities when we have identified them,” he added.
It is a pivotal year for Under-20s rugby in the country, with the World Rugby Championship to be held in Manchester in June.
Callard said: “We have been in camp for three weeks now and each week we bring 27 players in to keep a good base of players up to speed. This gives them the chance to prove themselves and also understand what we are trying to achieve and how we are developing.
“Unfortunately some guys then miss out on match day, but we want this to be a full squad effort with everyone involved working hard for each other. This week, Archie has the opportunity to show what he can bring although his inclusion does mean that Zach Mercer misses out.”