Laidlaw: Competition for places will inject a healthy edge to training 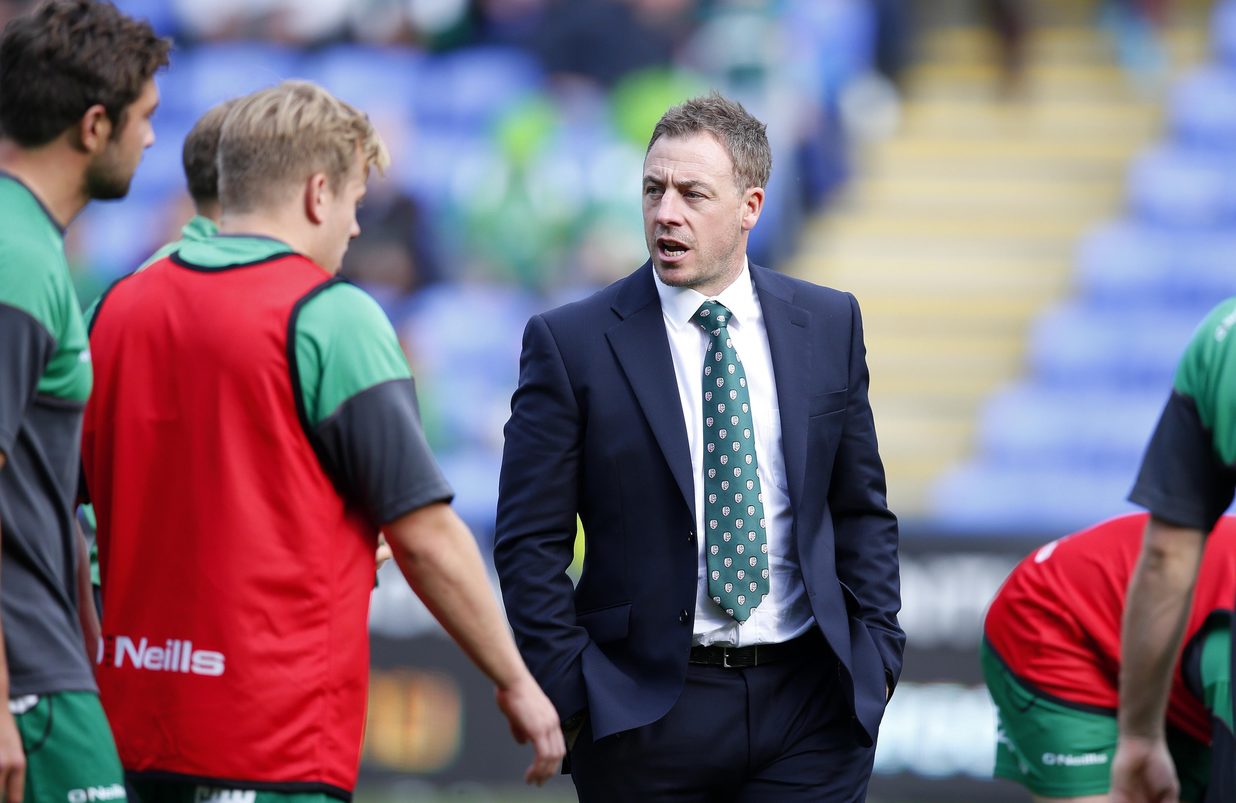 The Exiles were narrowly beaten 38-30 at the Twickenham Stoop in the quarter-final of the European Rugby Challenge Cup, with a number of players staking their claim for a place in the travelling squad to Tyneside.

And Laidlaw, who was encouraged by the Exiles’ display, believes competition for places will inject a healthy edge to training this week.

“There’s definitely guys that stuck their hand up for a place in this weekend’s team,” said Laidlaw.

“We’ll have a good look at the video from Saturday’s game and we’ll take it from there, but there were certainly a number of players that played particularly well.

“The players continue to work hard and are enthusiastic in training every day, and we need to play with freedom at Newcastle and in the weeks that follow to try and match Saturday’s performance,” added the Scot.

A much changed Irish outfit went toe-to-toe with a Quins side boasting international talent across the board, and the Exiles were more than a match for Conor O’Shea’s men for large periods of the game.

Laidlaw said: “We were really pleased with the way the players played on Saturday – it was always going to be a tough ask to beat Harlequins as they are a pretty good side.

“We knew it was going to be a tough ask, but if we had held on a bit longer once we had our noses in front, it could have been a different night.

“They were difficult to live with later in the game, but we can be hugely proud of the way we played.”

Pinpointing the last quarter as a key stage in the contest, Laidlaw said: “The last 20 minutes was always going to be tough, but when you get in front you want to hang on.

A wonder try from Sean Maitland was a highlight of the night as the Scotland ace showed a scintillating turn of pace to scythe through a gap and race clear of full-back Mike Brown to score. The score put Irish 12 points in front, but the hosts fought back to pip the Exiles with just minutes remaining.

“You could see the chance opening up at the back of the scrum and Sean demonstrated great awareness to see the gap,” said Laidlaw.

He added: “He’s a class finisher and we just need to get him on the front foot by moving the ball into space and that’s what he can do.