Kiss: Our culture, belief and confidence is in place 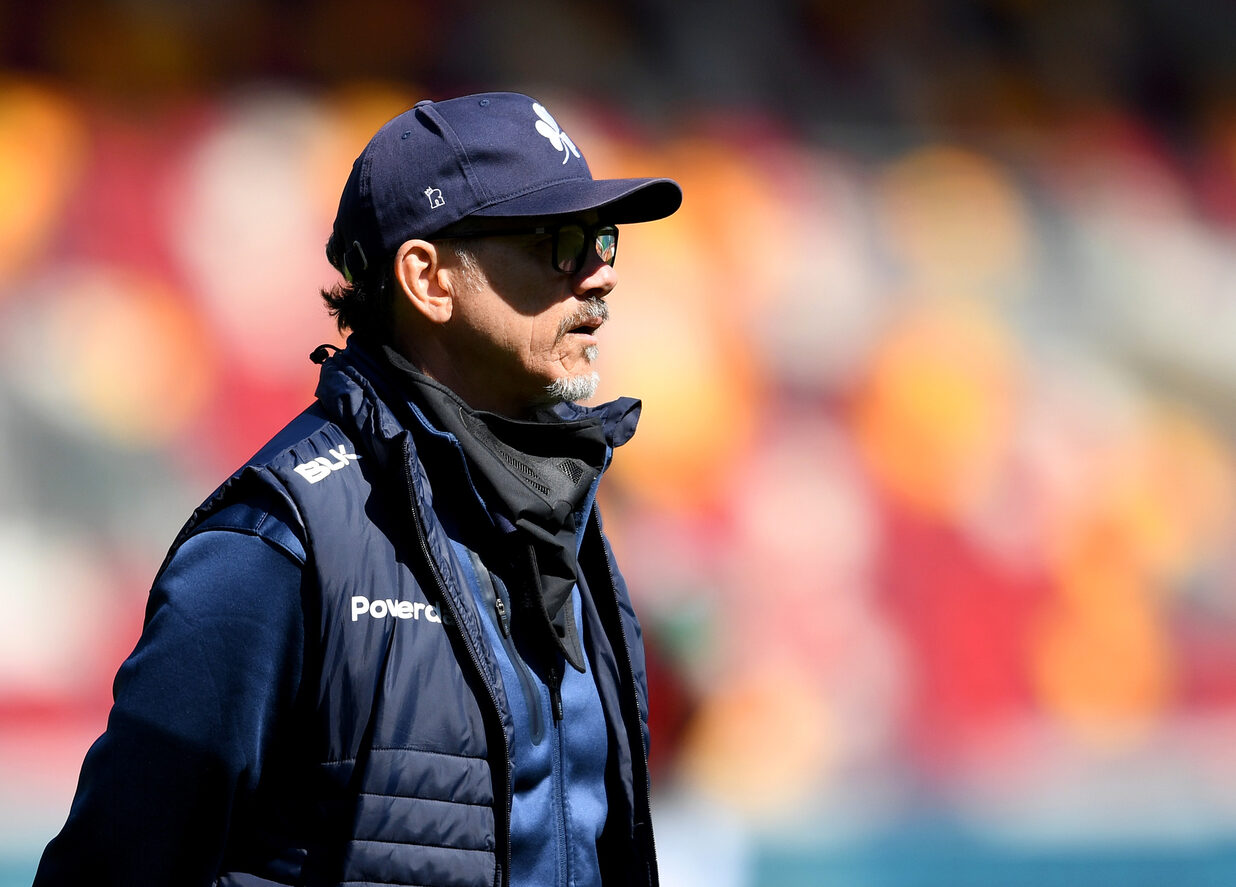 Head Coach Les Kiss has proclaimed that London Irish are harmonizing on and off the pitch but stresses the need for his side to maintain consistency in order to progress past challenges like RC Toulonnais this Sunday.

The Exiles are back on the continent in their second successive EPCR Challenge Cup quarter-final this weekend having neutralised a 25-point Wasps lead in Round 24 of the Gallagher Premiership to draw 42-42.

A pulsating final quarter left much to be pleased about for Kiss and the coaching staff, and a mutual understanding between the management and playing group in the need to rectify errors over the past weeks has seen an uptick in form for the Boys in Green having avoided defeat in their last four.

Such symbiosis has gratified Kiss and co. behind the scenes at Hazelwood, and he points out “there is no perfection” as the team endeavour to establish more uniformity in the playing style.

“That is the pleasing thing, they are the biggest critics of themselves, sometimes you have to manage their self-criticism and that is something I’m really happy with,” Kiss explained.

“There's no perfection here, they know that there are flaws we have to work on and we have to try and understand our imperfections, making sure we don’t paper over the gaps and ensure we stay strong about how we build our game, slowly but surely.

“I’d rather be working from this angle of knowing that we do have something rather than trying to get about with nothing to go to, and I do think we have something we can go to in our game style that can be dangerous.

“We’d like to build more consistency in a style of pressure game that doesn’t put pressure back on ourselves so we can keep pressure on the opposition a bit longer.”

With Irish’s place booked in the Premiership Rugby Cup final, evident maturation in the ranks is there for all to see and the match-up with Toulon will only further test Irish’s profuse resolve.

Kiss continued: “The growth is that we are in a final, and is something that has been not there for us in the Premiership for a while.

“We’ve still got our eye on that game, but it’s whether we can get another step further in the big competition in Europe and take that step forward.

“Toulon are a genuine powerhouse, their form in the last six or seven weeks has been unbelievable and their strengths are across the park, not just a forwards-based game, they play some really savvy football as well.

“It will be a great test for us to build that consistency and resilience throughout our 80 minutes, they’re very comfortable in their home stadium with their ‘Pilou Pilou’ chant with their crowd and it’s inspiring.

“We have to tap into that energy as well and play our game, but understand that we have to be better in the patches that we have let ourselves down in lately.”

Establishing a competitive tilt on multiple fronts as the west Londoners have this term has seen them take on high-flying teams domestically and in Europe, but Club culture has enabled Irish to reach the point where they take on the three-time Heineken Champions Cup winners.

“Our culture, belief and confidence is in place, now it is about consistently putting ourselves in a place where we are able to compete well across the park.

“The Premiership is the toughest competition I’ve been involved in and it challenges you consistently, and we have met up to 85-90% of the challenges this year in the league and Europe- but it’s that 5-10% where you really grow.

“We’ve got there in one competition and this one is important for us as well, if we take that next step in this situation we have a home semi-final so the stakes are high.

“We have to look at Toulon who are chasing the edge in eighth and have had a great run of form, trying to establish themselves with their European ambition next season as well, so there is a lot on the line for them too.

“They’re coming from a different place than us, having been up there but dropping off a little bit over the last couple of years but can still launch powerfully into the game.

“We’re in this and have to make sure we stay there, don’t overplay or drop off but just keep moving forward- it is a challenge, but that’s what we love.”

With such fine margins and so much to play for, Kiss discloses what is required of the Exiles in order to beat Toulon for the first time in a competitive meeting in the professional era.

“We have put in the work as we always do, but I think it will come down to making sure we live up to the standards and the things we commit to this week which I think everyone understands.

“However, we can’t do that at the expense of what we are good at, we work hard for each other and we know we can be dangerous if we do that.

“It doesn’t mean we’ll score heaps of tries or win, but at least we won’t have any questions in that area- we have got to make sure we back our style of game.

“To me, the mental side of our approach is massive so if we do that and commit to what we have worked on in preparation, I think we could be in a good place but it will be tough.

“Europe is tough, it could be a good 15-12 game at the back end but that’s where we want to be and be able to win those types of battles as well.

“We have to stay true to who we are and make sure we commit to what we asked ourselves to improve on.”