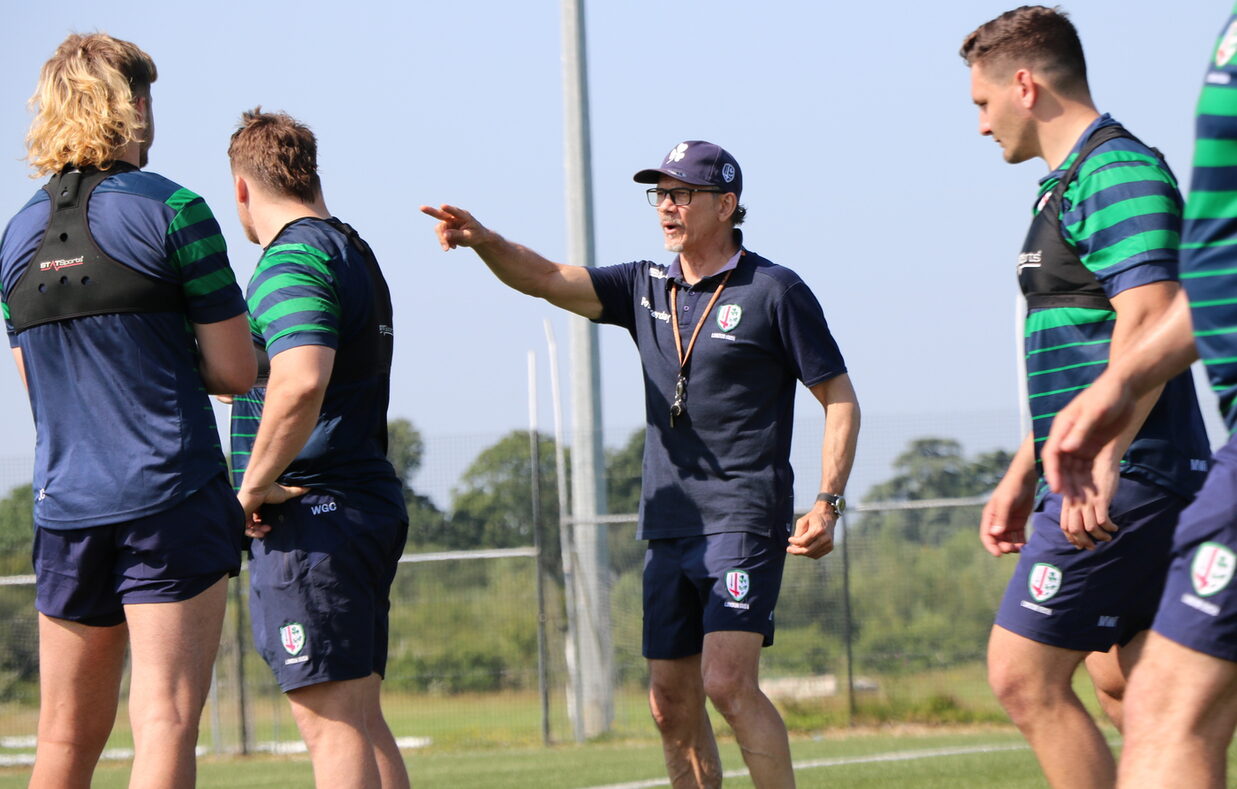 Les Kiss admits week one of pre-season has provided London Irish with a ‘great starting point’ as the countdown to the 2021/22 campaign continues to gather pace.

The Exiles squad returned to Hazelwood on Monday after a five-week break, as preparations began in earnest for the start of the new season on September 18th, when Irish travel to Worcester Warriors in Round One of the Gallagher Premiership.

“The first week of pre-season is multi-layered,” explained Kiss.

“The first part is about assessing the players through testing, to ascertain their fitness levels, their strength, and a couple of other key measurements.

“The second part is about getting the principles of the game, the skills, and everything that comes with it to the right level.

“It’s important to remember that the players have been partaking in active running session in the three weeks before returning to training. The guys had two weeks of downtime, to completely switch off and relax, then the running programme kicks in to keep them ticking over so they’re ‘pre-season ready’.

“‘Pre-season ready’ means there’s testing and it will start increasing in terms of its volume and intensity.

“The first week is very measured. You have to be very gradual in terms of the loading, which can differ from one player to the next.”

With temperatures touching 30 degrees for much of the week, the Exiles’ Head Coach admits the heat has been a factor that the coaching team have had to consider in their planning.

“The heat has been a factor and is obviously something we’ve had to think about,” he said.

“The scheduling has been difficult, because of the ongoing COVID protocols. We’re working in smaller groups and staggering the sessions, so one day some of the guys might be going out onto the pitches first thing in the day, and then a day later they might be heading out when the temperatures are rising.

“How do we mitigate the heat? It’s about getting the right recovery, making sure we keep hydration right, having enough fluids for regular water breaks - and ensuring the players don’t get too much sun when they leave Hazelwood.”

A number of the Club’s international players are yet to return to Hazelwood, but those who are back are in good health, as Kiss reported.

“We’ve got a couple of guys still in rehab, but the positive is that all of the guys who are currently with us having taken part in training in some way, shape or form, be it watching, walking through some of our game, core or positional skills, or full participation,” he said.

“I’ve been pleased with how the boys have taken on board what we’re asking of them. The effort and energy has been good, the focus and commitment is there - I can’t fault them. That’s a great starting point for any pre-season campaign.”