London Irish Head Coach Les Kiss anticipates another classic against Bristol Bears when his Exiles hit the road this Saturday in the Gallagher Premiership, but states composure on and off the ball will be key to any potential Irish success.

The west Londoners have an even split of results in the Premiership season in comparisons to Bears’ two wins from two, with Irish avoiding defeat in three of the previous five outings against Pat Lam’s men.

A derby day triumph over Harlequins in midweek saw Irish flex their squad depth in the Premiership Rugby Cup, with Kiss and the management still uncovering the wider squad available in the ‘Exiles Way’.

The 30-26 win at the Stoop lifted Irish to the top of Pool 3 in the cup competition, as Kiss applauded the efforts of the young side in the opening round victory.

“There were some tough moments that we put ourselves under, Quins came back into the game the way they do so we got a challenge in a number of ways, like applying our shape and our speed of play,” Kiss said.

“To come out with the result was fantastic for the young lads, we had 14 Academy products in our matchday squad with 9 current Senior Academy players, with a couple of guys called in from Edinburgh this week to put the jersey on.

“We’re still exploring the depth of our way, the ‘Exiles Way’, and last night was pointed a lot more to the youth.

“You need that pressure and competition from underneath, which is the pleasing thing, you get a lot more comfort in knowing the guys can step up.

“From a Club perspective, it’s brilliant, and also Declan Danaher, Jonathan Fisher and James Lightfoot Brown took that team and led them, it’s a great experience for them to lead that team.” 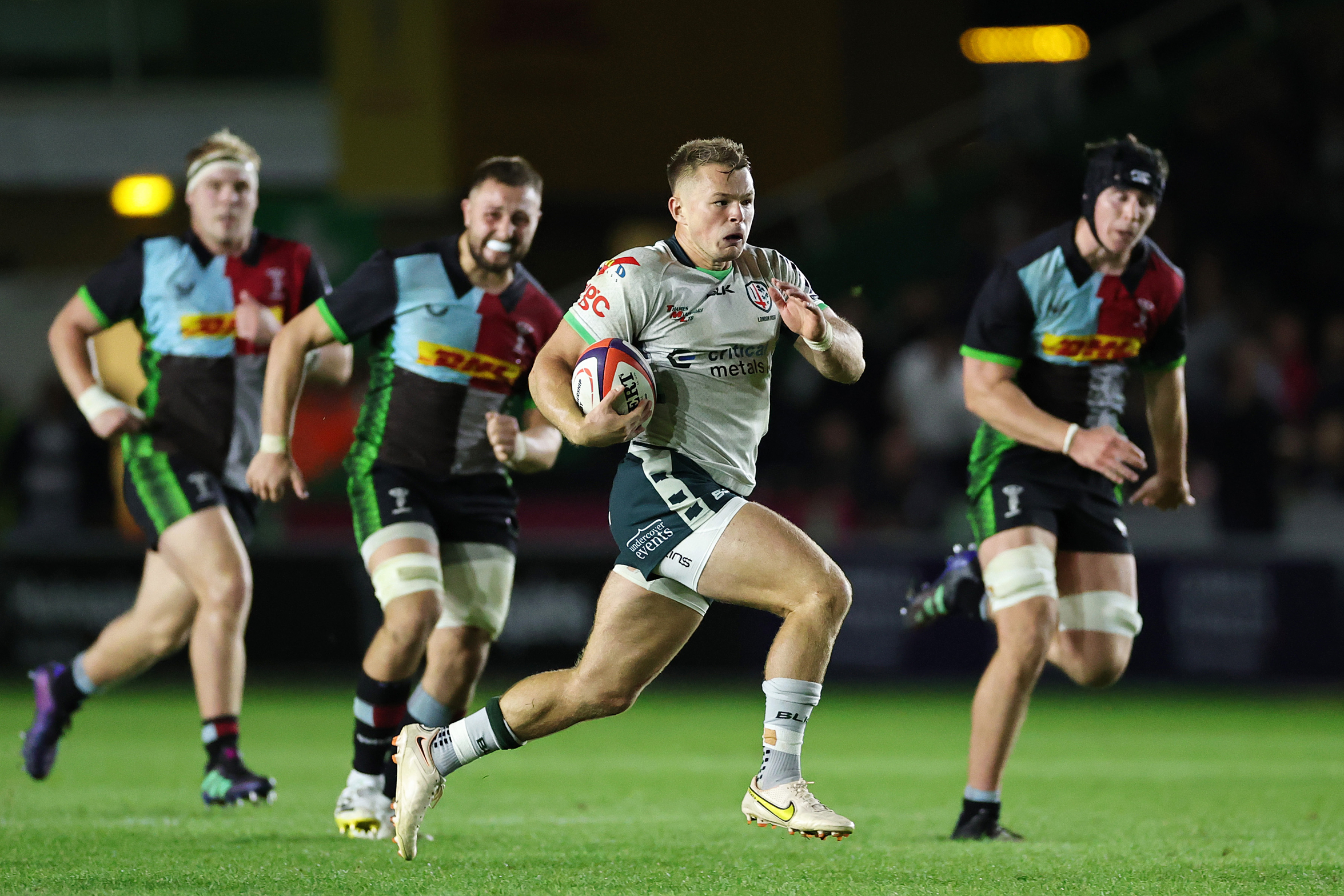 Kiss’ side got off to a rapid start, racing ahead to a 17-point advantage in less than 10 minutes but fluctuations in the momentum of the cup tie saw Quins reduce arrears to four in the final quarter.

The Head Coach praised Irish’s effort to see out the tie, with learnings to take from the 80 minutes in respects to maintaining Irish’s footing throughout.

“We do hit fast when the goings good, but we are acutely aware that we have to manage it when the wind isn’t in the sails.

“They had a couple of breakout tries, and that’s Quins and the beautiful game that they have, but we had to respond.

“We did that through good set-piece work, our drive went well and our defence stood up when it wasn’t in a crazy transition.”

Looking ahead to a return to domestic league competition, Kiss talked of the “challenges the Club has to meet” in relation to the expansive range of styles throughout the division.

“The Premiership has many different challenges in the way that it can be played, with different products everywhere, from the kick-and-chase pressure game to the extensive types of play.

“We all have these challenges that we have to meet, but we’re focused on making sure that style of ours bubbles on and advances, but also be cognisant of being able to manage the game when it’s not all a bed of roses.

“We saw glimpses of that against Quins in standing up when we needed to.” 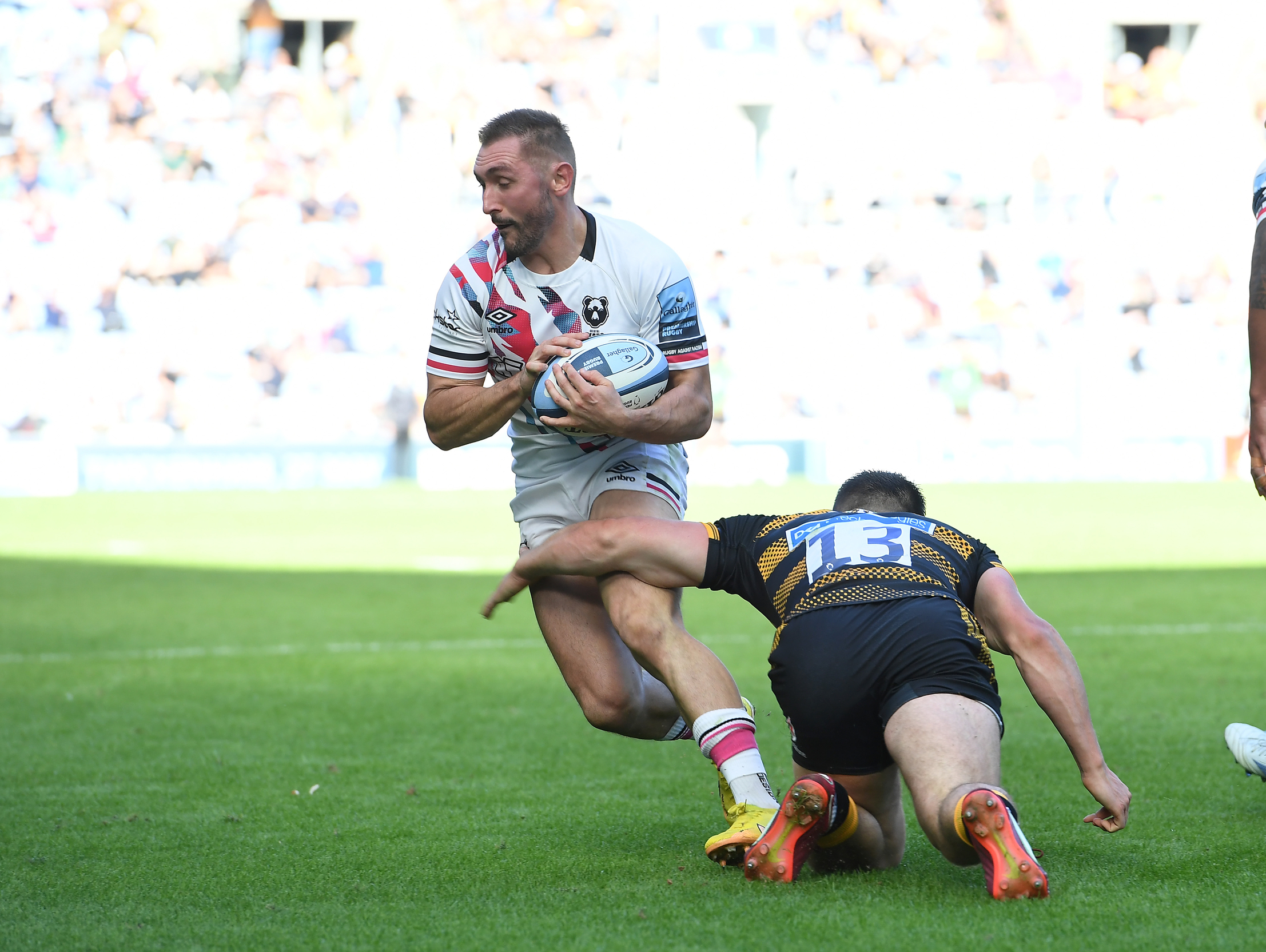 Since London Irish’s return to the Premiership, the average points scored in a match involving both Bristol and Irish numbers 65.83.

The often frantic pace of the meetings between Pat Lam and Declan Kidney’s Clubs means the eyes of the neutral can often be drawn to such games, with Kiss looking forward to a slightly more “controlled” affair at Ashton Gate relative to last February’s encounter.

Kiss concluded: “They have a lot to prove after their fall down the ladder, but every Club has those moments where it doesn’t quite go right, through injury or other factors that come into play.

“Every team seems to be finding more in themselves in different ways, it’s not like it’s the same old, because every team on their day can do well.

“They [Bristol Bears] are a dangerous prospect, Pat [Lam] has talked about their injuries but also how he is going to back the depth of his squad.

“That’s the beast they have, every team believes in what they’re about and when they go well, they’re very dangerous.

“I’d be lying if I said I didn’t want a good, exciting game, but I hope we control some of those tougher moments in a way that we can stay in touch with the dangerous beast that they are and allow our boys to play our way.

“It was a fairly even first half there last year and then we came out and got going early in the second half, with them scoring three late tries too.

“In terms of bonus points it was a crazy match, hopefully we have the upper hand this week but it will be tough.”