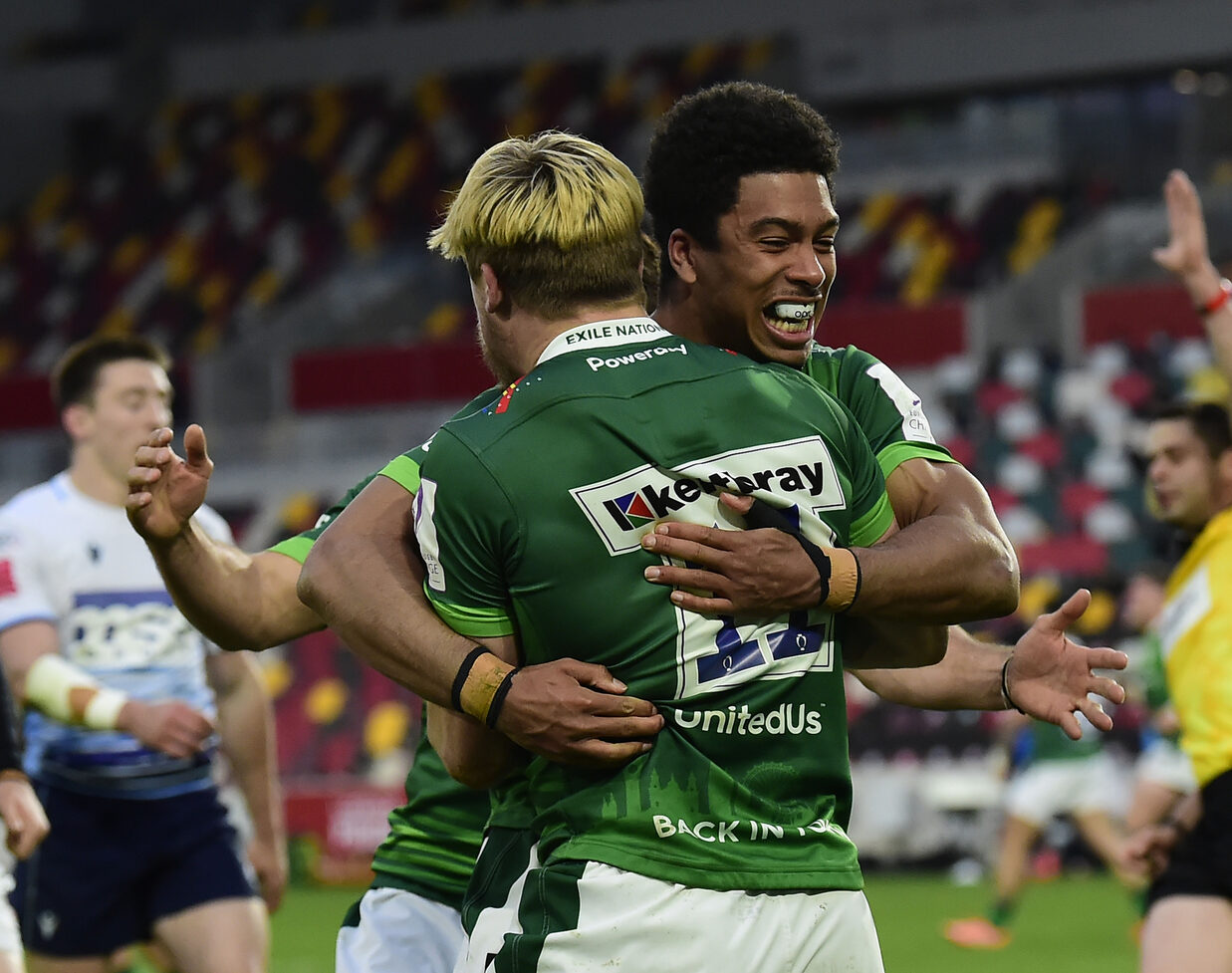 The Exiles bounced back from going down to 14 men early in the second half to score three tries in the final eight minutes to book a quarter-final tie against Bath next weekend.

Speaking at the end of another amazing match at the Brentford Community Stadium, Kidney said: “The boys got what they deserved in the end. It was an incredible game of rugby.

“You reap what you sow and if you keep playing to the end, as we do every week, you’ll get your rewards and we did.”

He added: “The last ten minutes was helter skelter - it was as much a basketball match as it was a rugby match, but we were delighted to come out on top.

“The scores were coming thick and fast - and then they took the drop goal chance instead of a penalty, and that probably saved us the 30 seconds we needed at the end of the game to win it.

“These boys are a joy to work with and a joy to watch - I’m so proud of the way we won the game.”

The Exiles will travel to Bath in the last eight next weekend and Kidney’s thoughts are already on the quarter-final clash at The Rec.

“Bath will have a point to prove after last week, when we beat them here” he said.

“For us, we were a Championship side a couple of years ago, and now we’re in the quarter-final of a European competition, so I’m delighted for everyone involved.”