Kidney: ‘We stayed in the fight’ 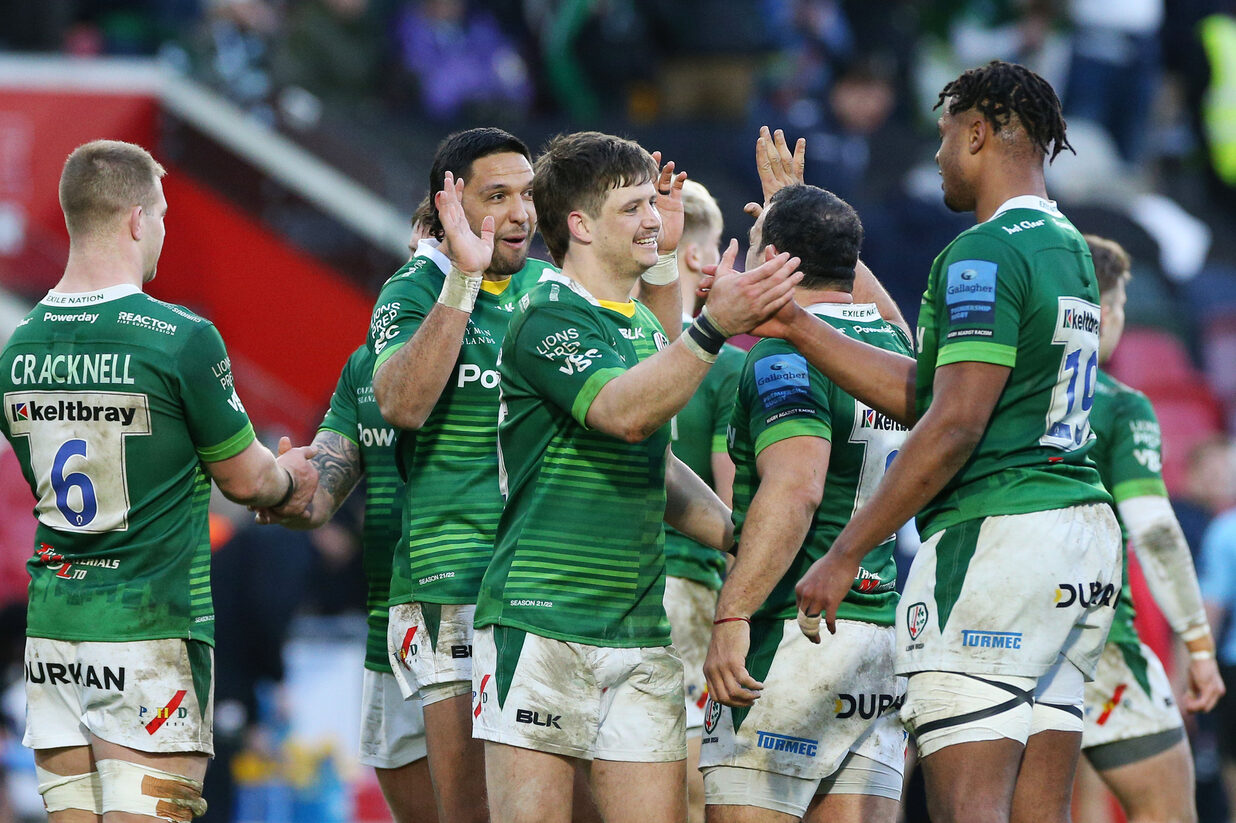 Declan Kidney believes his sides’ ability to ‘stay in the fight’ proved to be the crucial factor in Saturday’s last-gasp victory over Saracens at the Brentford Community Stadium.

Irish - down to 14 and trailing 30-29 with the clock in the red - won it at the death, with Paddy Jackson’s last-gasp penalty proving to be the difference.

“To get any result against Saracens is always good day,” reflected Kidney.

“Playing big sides like Saracens is always a learning experience. We’ve fared well in the four games we’ve played against them this season.

“To stay in the fight for as long as we did, especially in the second half, when there were cards flying about, was all credit to the team.”

Kidney added: “These games are always such tiny margins.

“We ended the first half camped on their line, coming up just short - and then we started the second half by scoring almost immediately.

“We took our chances well when they came about.

“The character we showed at the end, putting in a lot of educated and good disciplined tackles that allowed us to turn the ball over and get the penalty - that was very encouraging to see.”

The roar when Jackson’s penalty sailed between the posts just seconds before the full-time whistle was something to behold and Kidney was full of praise for the support from the stands, on another day to remember at the BCS.

“The atmosphere was special,” he said.

“Whenever a home coach builds up his home venue, people will say ‘oh well, he’s bound to say that.’

“But I genuinely believe this place is special. I’ve coached in some of the best stadiums in the world, but this place is right up there.

“The place was bouncing at the end, and long may that continue.

“We’ve had a lot of exciting matches here, not always good for the heart - but it’s a good day out, that’s for sure!”