Kidney: 'We have to work our way through Harlequins result' 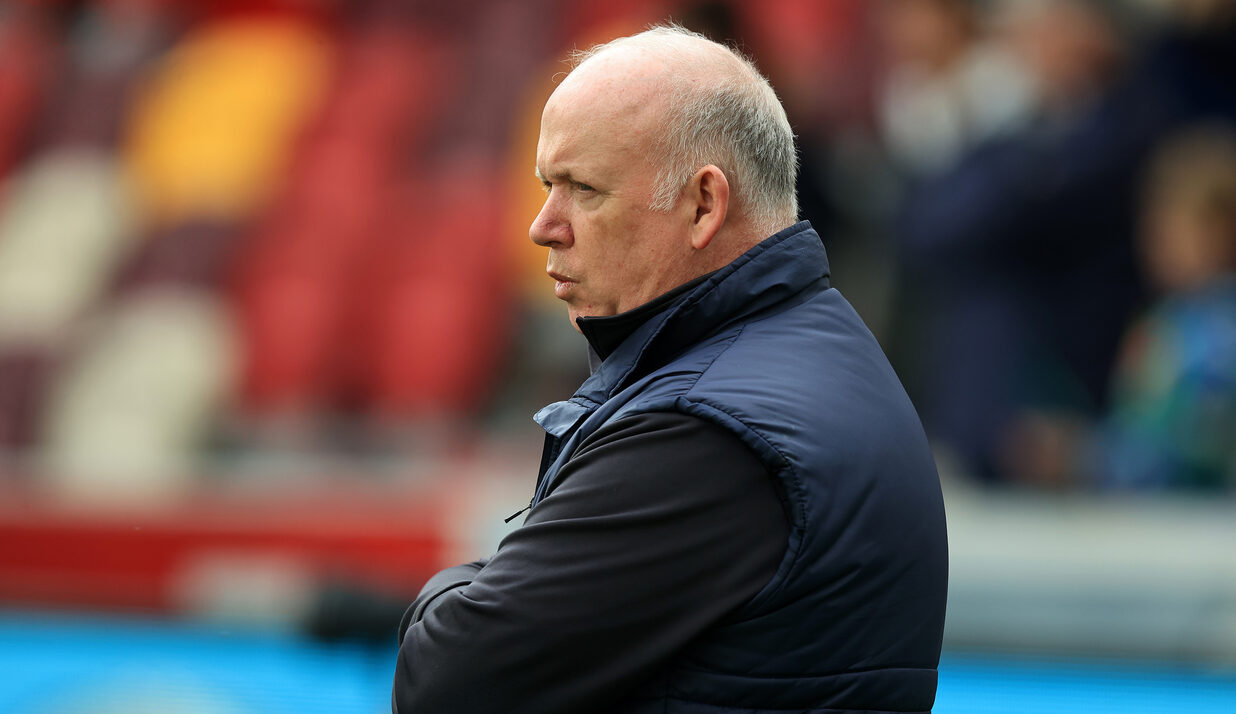 Declan Kidney has apprised that his side will “have to be big enough” to work through a difficult result to Harlequins at the Brentford Community Stadium.

The defeat brought a tough stretch of three consecutive losses against Clubs in last season’s top six to an end, with Irish now facing a week off ahead of a return to the EPCR Challenge Cup.

On whether the 14-41 final score was an accurate representation of Irish’s efforts, Kidney highlighted the misfortune that plagued some elements of the Exiles’ 80 minutes in Round 22 of the Gallagher Premiership.

“The scoreline always is what it is, and in fairness to Harlequins they took their opportunities,” Kidney emphasised.

“I’ve rarely been involved in a match whereby we have created so much and then twice missed the put-down and then with two goalline dropouts, if we get that it’s a different game.

“I don’t believe there is that much difference between the teams, but the scoreline is what it is and we have to accept that and work our way through that.”

With Irish’s attacking motion often in full force at the BCS, the Exiles had the ball in the goal area on different occasions but hapless handling errors prevented the home side from making a dent on the scoreboard.

In a meeting of sides that employ such rigorous, offensive styles of rugby, Irish’s Director of Rugby believes the Exiles strived to execute their thorough strategy.

“We said before the match that it had the makings of a good game, and although the scoreline wasn’t that close, I am proud of the boys in the way that we went about our business in terms of our endeavour, effort and the chances we created.

“I know that will turn for us on another day.

“We don’t want to be making excuses, we have to work our way through that and there are other days where lots of things could go for us.

“I know that there were a couple of things that didn’t go for us today, but we have to be big enough to work our way through that.”

London Irish now face their first week off from action since early January, as the final round of pool stage games in the Challenge Cup are played out this coming weekend.

With Irish’s opponents and seedings for the Round of 16 yet to be decided, a pause in play will naturally have its benefits and detractions in the final throes of the season.

Kidney imparted: “After a match like today, all you want to do is get yourself up and going again.

“This break is coming at an opportune time for us, the boys have put in a big stint lately and like the rest of the country, there is a bit of Covid around.

“The fixture list is what it is and we’ll have to use it to our advantage.

“We'll use the next few days for a bit of rest and relaxation and get ourselves up and going towards the end of the week, and I expect the boys who missed out to be back for our next game.

“This is all about us getting ourselves right for the next game, and if we concentrate on that then it won’t matter who we play in the next round- we’ll be formidable opposition for anybody who comes at us.”

With his side still competing on three fronts, Kidney and the coaching staff will still nonetheless hone in on each approaching game as it comes.

“There was a lot of talk about the play-offs outside the dressing room, but before that we have to become part of the middle four, which we haven’t for a while.

“We have that challenge now over the three remaining league games to get into Europe next year.

“We’ll do what we do, concentrate on each game and if we put in the right performances and get the right results, we’ll sit where we sit come the end of the season.

“There is still loads to play for.”