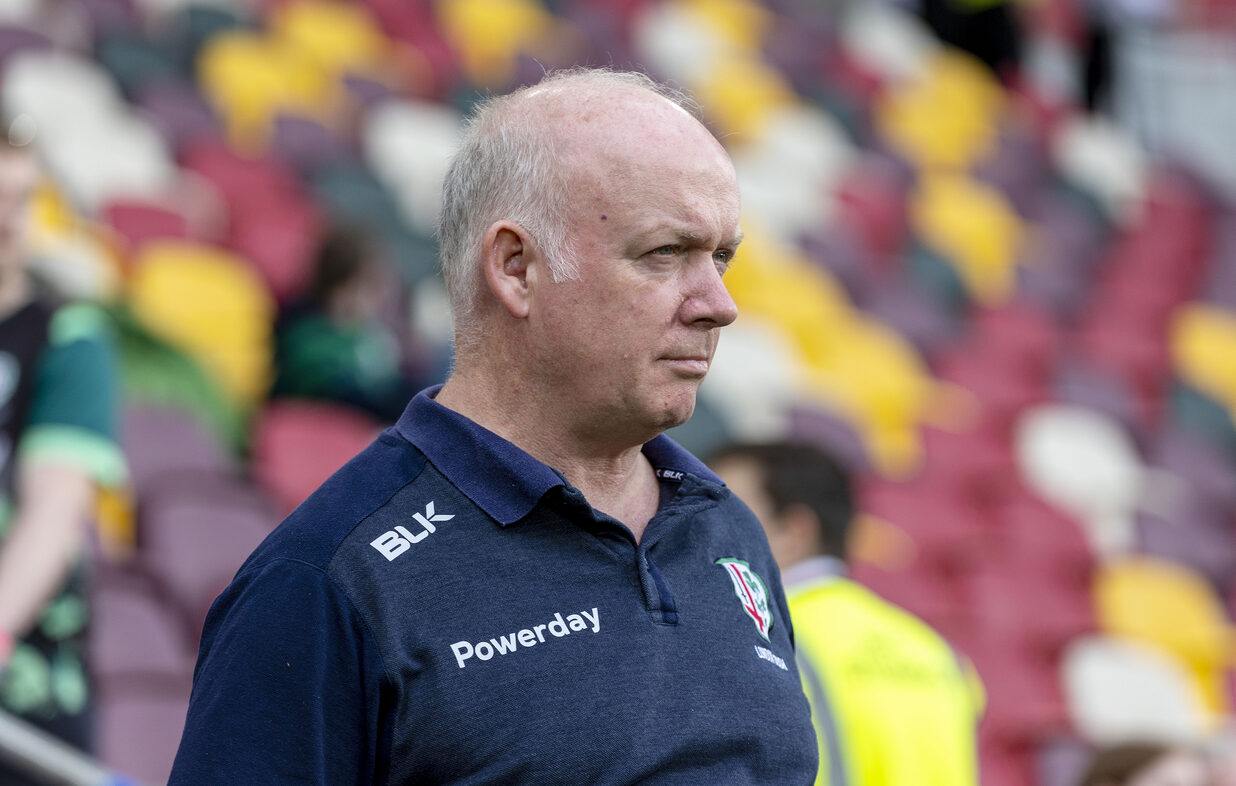 Director of Rugby Declan Kidney has warned that his London Irish team will have to put emotions to one side and recoup quickly in the wake of a crushing Premiership Rugby Cup final defeat at home at the hands of Worcester Warriors.

The Exiles led Warriors by a converted score with the clock in the red, but Kyle Hatherell’s try, then converted by Fin Smith, levelled proceedings and a scoreless extra-time meant the traveling side emerged victors on tries scored on the night.

The agonising circumstances for which the final rested on will cause much anguish for the Club and fans, but Kidney credited Warriors’ effort as they attained their first major domestic silverware.

“Coming into it, it was always going to be a big day for one of the two Clubs as neither have a huge history of winning trophies.

“Congratulations to Worcester, the spoils go to them and we congratulate them on that.”

Irish had chances to seal a first piece of silverware in 20 years into extra-time but Paddy Jackson was unable to add to his 20-point return on the night with opportunities from penalty kicks.

Kidney believes that Jackson will “rise from this again” and stand up and be counted once more when Irish face Bath Rugby this weekend in their final Gallagher Premiership outing of the season.

“Paddy has been fantastic for us all season and he continues to do so- place kicking is a different part of the game, some days when they do go over it’s always a pity when you know how much extra work somebody has put into it when it doesn’t flow for them.

“He’ll rise from this again, and we’ll get ourselves ready for the next game.

“There’s no need to manage Paddy really, when people go into sport, they are always bigger than that and on the days when everyone was congratulating him and giving him ‘Man of the Match’ awards he didn’t go too high, now he’s not going to go too low.

“He was just as disappointed as everybody else, everybody got into it for the right reasons and some people have different responsibilities.

“Place kicking is one, lineout throwing is another, a tighthead needs to lock out a scrum and captaincy is another- there are many different areas and some of them are more in the shop window.

“When you play out-half, you can be all the blame and all the glory, it’s just the way it goes.”

The decision to consistently kick for the sticks instead of the corner late on may attract censure, but the Director of Rugby elaborates that on his trust in the on-field decision making of his team.

“Players need to feel that on the pitch, they’ll know what is right for them and I’m a big believer in that.

“Our job is to help the players, facilitate them, make them the best they can be and then give them the right to decide how they feel on the pitch, which has won us many a game.”

The emergence of youthful talent throughout this season, and particularly in the Premiership Rugby Cup, has been an immeasurable source of pride for the Club and such a loss will aid in a steep lesson in the binary nature of winning and losing.

“It’ll hurt for them but that is part and parcel in the growing curve of players.

“Our back line, if you take Paddy out of it, there was six players with an average age of 22 so there will be big learnings for them there.

“Tonight wasn’t about learning, it was about trying to win a trophy so it’ll be disappointing but when you go into sport you know there will be one team who is going to win and you have to after it.

“We’ve done ok to get to the final, it’s disappointing, but we’ll have to learn from that as a growing side.

“Tonight was about winning, and we didn’t manage to close the deal.”

The challenge up picking the spirits of the team up ahead of a visit to the Recreation Ground this Saturday will be a task for the London Irish management, but the potential of Heineken Champions Cup qualification will be impulsion enough for another big performance from the Exiles.

“What we spoke about inside is about how we have a massive game in five days, and if you want to sit down and feel sorry for yourself then that can just run all over us- we can’t afford to let that happen.”