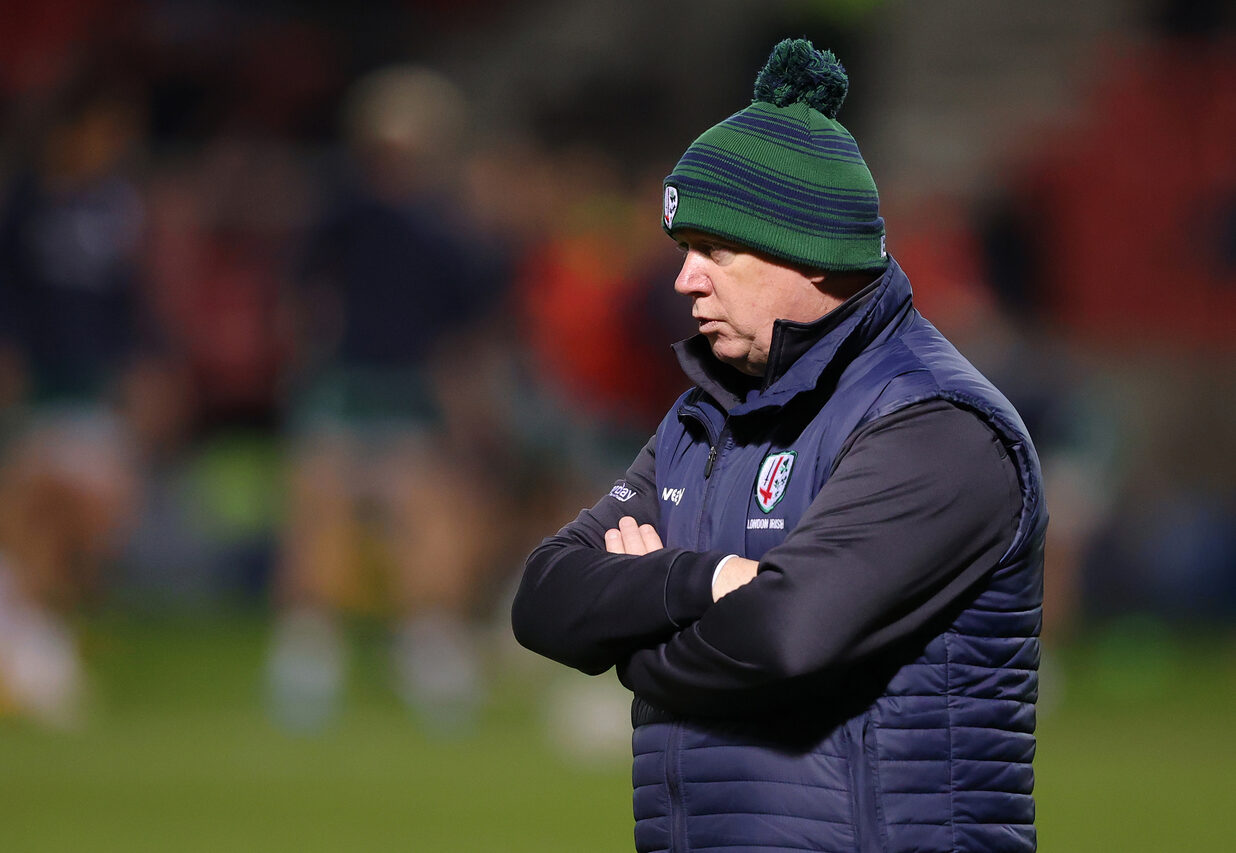 Declan Kidney has emphasised all efforts are concentrated on Saturday’s trip to face Leicester Tigers at Mattioli Woods Welford Road, insisting Irish “can’t afford to look anywhere else” despite the Club’s positive form.

The Exiles are travelling again this weekend and are coming off the back of a four-game unbeaten run, which included a win against Bristol Bears and holding Sale Sharks to a draw, both away from home.

Now facing the league pace-setters in Steve Borthwick’s Tigers, Kidney recognises recent form will count for little against a side with a 100% home record this term.

“We’ve had a good few results recently, a few wins and a draw but each week is its own challenge and when you’re playing the league leaders, you can’t afford to look anywhere else apart from the next challenge,” Kidney affirmed.

“If we start thinking about anything other than what Leicester can produce, they’ll make hay of us.”

Irish’s Director of Rugby was also full of praise for his opposite number in Borthwick, recognising the progress shown by the former England captain and his Midlands outfit this season.

“They have gone really well and have played with purpose in every one of their games, and they haven’t faltered or fluctuated in any of their performances which is a great credit to their professionalism.

“Like every club in the Premiership, once you go to their home ground it will always be tough going.

“We might say we know what they’re going to do, but they have quality players that can do that 10% extra and decide games.

“We want to get ourselves right and judge ourselves, whilst always respecting the opposition and taking a look at what they do and knowing the challenge we are up against.”

Irish’s thorough preparation at Hazelwood this season has correlated to the stirring action on the pitch, with squad harmony at an all-time high.

“I’m delighted with our squad in the way they are buying into it and feeding into it, they’re a credit to themselves.

“They’re enjoying each other's company, and we want to enjoy it too because it’s part and parcel of why you want to get into the sport.

“But you’re only going to enjoy it if the results go in your favour, so we’ll have to try and fight hard to see what we can do on Saturday.

“Our lads are improving daily, and it’s always a good sign when they’re out on the pitch and training, trying to improve.”

October’s meeting of the two Clubs saw Leicester take four points from the Brentford Community Stadium after a 21-16 win, but both sides have gone from “strength-to-strength” since, in the words of Kidney.

He expressed: “The last meeting was so early in the season, and they have pushed on since and gone strength-to-strength.

“We too have also improved as the season has gone on.

“It was a bit of a benchmark being so early on in the season, but the sides have evolved since then, each side will respect each other and it has the makings of a very good game.”