Kidney: Squad have earned the right to be in trophy contention 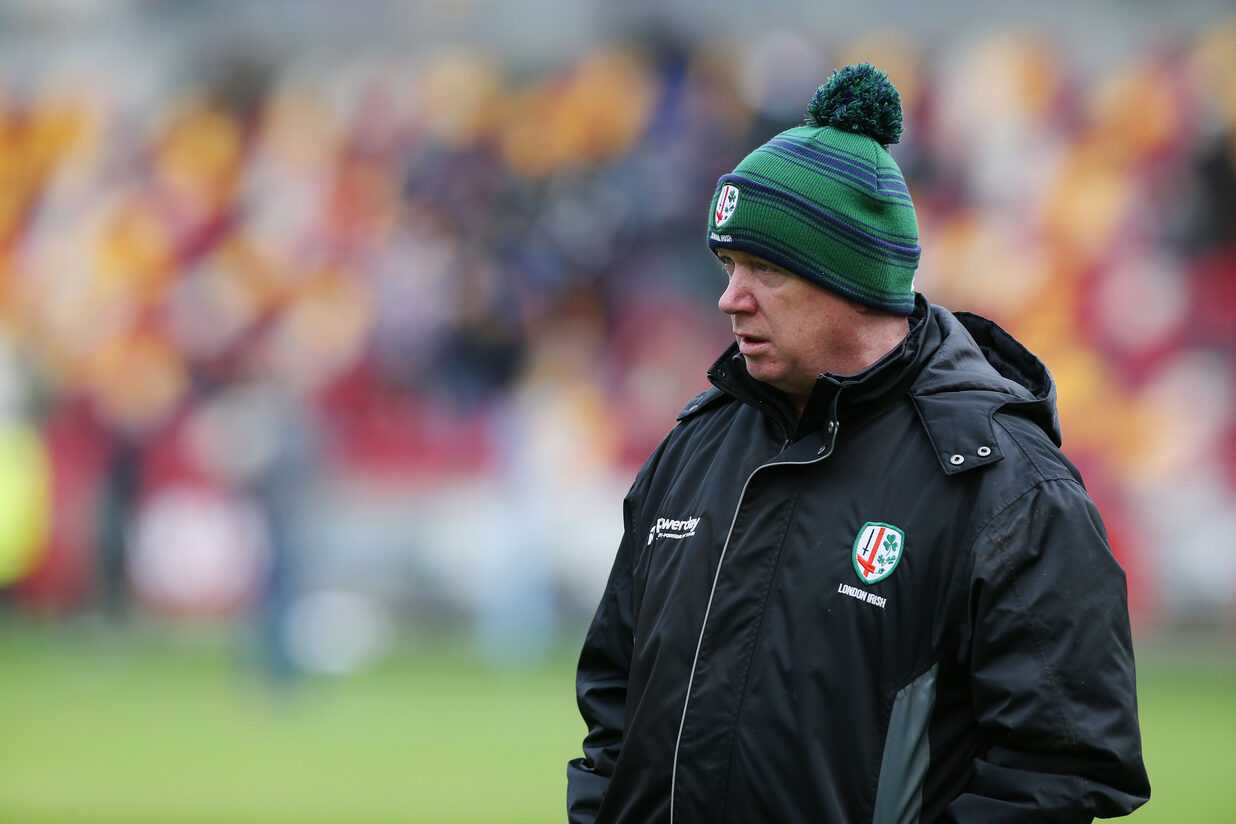 Director of Rugby Declan Kidney believes his crop of players have reached the latter stages of the season on merit through a high standard of rugby.

Kidney spoke ahead of the Exiles’ EPCR Challenge Cup Round of 16 tie against Castres Olympique this Friday, the first meeting of the sides since the 1999/00 Challenge Cup semi-final.

On Friday’s opposition, the Director of Rugby commended the efforts of Castres who now find themselves in the top four of the Top 14 having missed out on the playoffs since their 2018 title win.

“I have a huge amount of respect for Castres and what they have done over the years, they didn’t win a match in the Champions Cup but picked up four losing bonus points without having a full team,” Kidney explained.

“They didn’t have a match last weekend and could regroup and review the season going forward.

“Castres are a very good side and are usually knocking on the door for top four honours and are now fourth, it’s a completely different challenge having faced Section Paloise and also having prepared for CA Brive in our group.

“They are a really powerful team who are well in contention to win the Top 14, they play for the 80 minutes with their physicality a huge aspect of their game.

“They're a Club with great spirit that play right to the end, as shown in their games against Harlequins where they could have come away with a win, likewise, at Thomond Park in my time at Munster- it’s a massive challenge.”

The Round of 16 fixture follows the completion of Round 5 of the pool stages last weekend, which Irish benefitted from a bye in that time, but Kidney believes Irish are in good stead despite the late nature of the fixture announcement.

“I think our concentration primarily over the last few weeks has lied with ourselves as we feel that if we play within our own game and have accuracy within it, we can be a challenge for a lot of sides out there.

“Over the last 48 hours we have been able to focus in on what Castres do, particularly how they do what they do; their set-piece, challenging every scrum along with a strong maul to create a good pressure style of game.

“They might be seen within France as one of the smaller clubs, but one that has done unbelievably well as rugby is seen as just second to religion out there.”

In what will be our third Friday fixture of the season, Irish’s previous encounters on such occasions have boded well against London rivals Saracens and Harlequins in the Premiership Rugby Cup.

Kidney believes ties such as Friday’s are a great opportunity for both experienced and youthful members of the team in the knockout phases of European competition.

He declared: “This is really why we wanted to get to this level, to play against a team that were in the Champions Cup and as a Club, London Irish, this is the level we want to pit ourselves against.

“There’s always an excitement that sets knockout rugby apart from league matches and hopefully the lack of turnaround won’t influence our supporters too much and just want to see us play.”

Such drive Kidney believes has succoured Irish through to their current standing of being one of the final 16 teams in a European competition alongside a domestic cup semi-final for the first time since 2005.

“We have had some harsh lessons in recent matches, but our younger players especially are building a level of experience, especially having not played in situations like that before.

“We are in that part of the season now where we have to raise our game, and this is an all-or-nothing match this Friday.

“The occasion is there to be enjoyed, we’re going up against one of the top sides in Europe and if you don’t get excited for matches like these, then we shouldn’t really be in it.”

“I have a smashing bunch of lads here at the moment and they have earned the right to be in contention for different opportunities at this stage of the season.

“That for us a Club, at this level, is all a new experience and we want to enjoy each one but also look to take as many opportunities as possible- the longer we are knocking on the door, the more experience we build up.

“You have to be in contention first, which we have now with a little bit of luck which is required, but with the work rate we possess, I can see that luck paying dividends.”