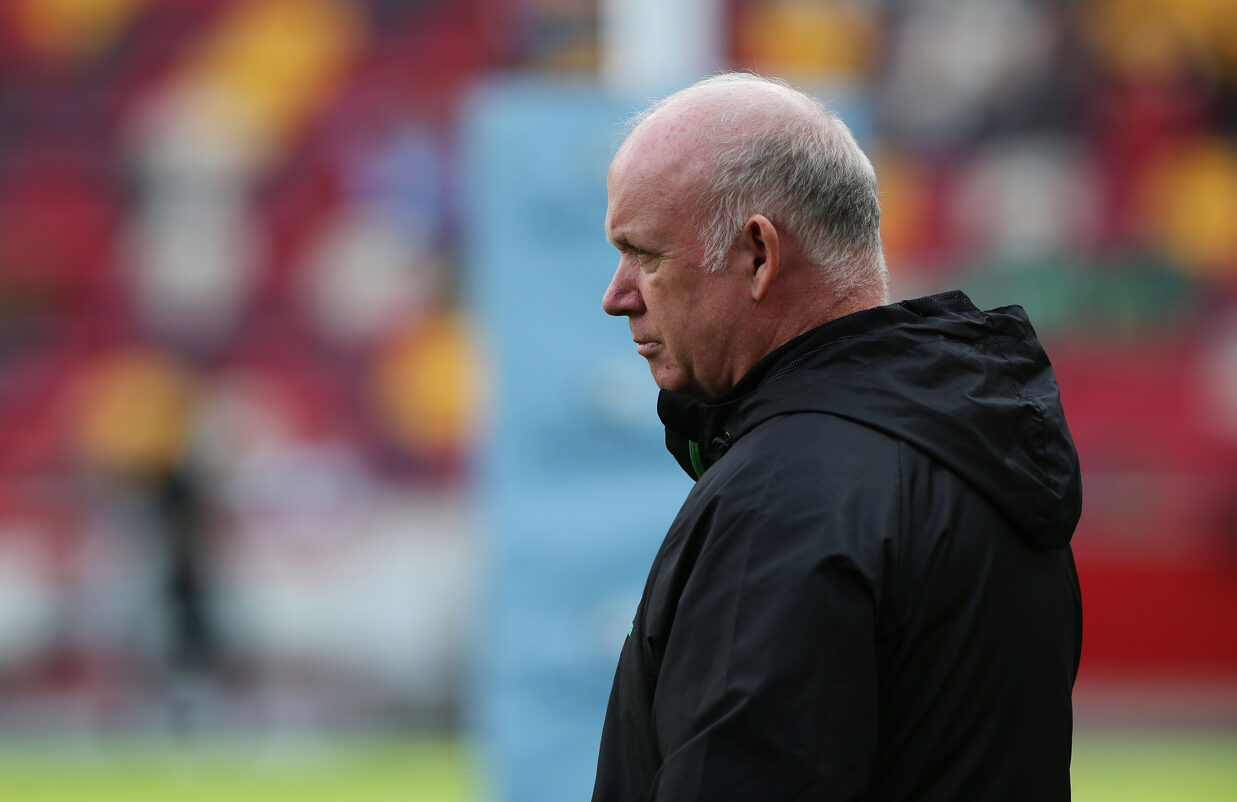 London Irish Director of Rugby Declan Kidney expressed his frustration in the Exiles being unable to “knock the door down” following a 22-21 loss to Gloucester Rugby.

Round 7 of the Gallagher Premiership saw Irish come unstuck on home turf to George Skivington’s travelling side, a lengthy drop goal from Adam Hastings the eventual decider for the West Country Club.

It was in fact Irish who held the key going into the break at 18-12, not only scoring via well-worked efforts from Agustín Creevy and then Ben Loader, but shutting out the Cherry and Whites with a ‘backs against the wall’ final 10 minutes of the half.

Santiago Socino’s completion of a try brace and Hastings’ boot led Gloucester to four points, with the Director of Rugby also stating on the night of his intention of Irish not always being a “learning team”.

“We are pretty frustrated we couldn’t knock the door down at the end and during the match too, these games come down to small margins,” Kidney explained.

“We don’t want to be a learning team all the time and we know that we will give credit to Gloucester for what they did well, and we’ll look at the bits we need to improve on to get ourselves over the line.

“We’re knocking on the door, you can do that for a while but it’s about pushing and working your way through it.”

Successive gameweeks has seen Irish encounter two of the most reputable forward groupings the Premiership has to offer in both Sale Sharks and Gloucester Rugby.

The Irishman, encouraged by his side’s ability to front up to Gloucester’s physicality, will look to extract the key learnings ahead of another league encounter, this time against rivals Harlequins.

“We knew that we were going to get a response from last week, last week was last week, but today was more about us.

“In some ways, that’s what makes it hurt more but Gloucester performed well and we’ll do what we do – learn from the losses and work to the next one.”