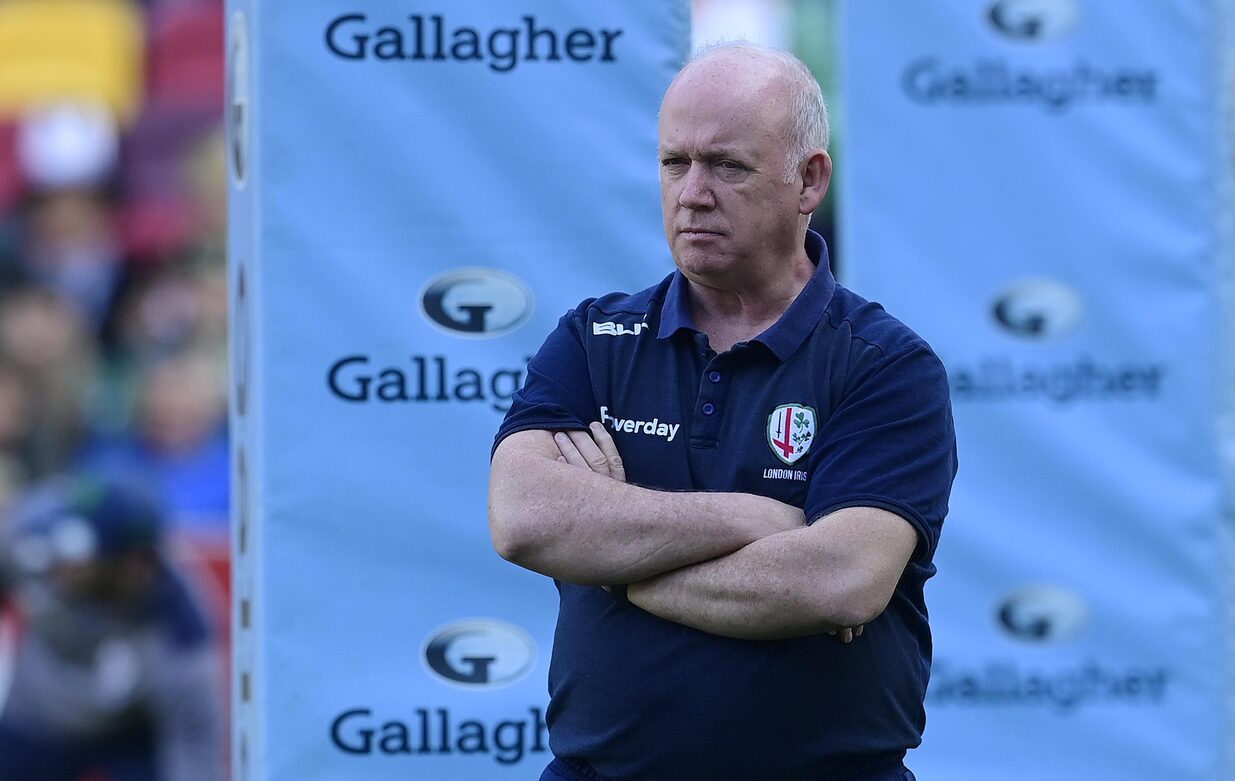 Declan Kidney is fully aware of the areas in which London Irish can improve on their performance against Northampton Saints.

Saints’ 42-22 win brought an end to a remarkable five-month home unbeaten streak for the Exiles in Round 21 of the Gallagher Premiership, and Kidney outlined the shortcomings in his side’s 80 minutes last Saturday.

He said: “I think there was a period in the first-half where we gave Northampton confidence because we stopped playing a little bit ourselves.

“They picked up a quick 14 points, and then in the third quarter we made that difficult for ourselves and they picked up their scores- once you get into a scoring thing like they did, a few bounces of the ball and you’re away.

“The scoreline as such doesn’t concern me, I know we could turn that around by being in the game a little bit more.

“It’s just that period in the first-half where we let them back into the game and the third quarter, those are the ones we will have a good look at.”

Irish raced into a 8-0 lead through an Ollie Hassell-Collins try, accelerating through the Saints rearguard with Paddy Jackson extending the advantage with a penalty a few minutes later, but couldn’t capitalise on the opportunities presented.

“We made a strong start and were also pulled up for a goal-line dropout, other times we had people in the clear so we did create chances,” Kidney expressed.

“If we weren’t creating the chances, I would be more worried.

“If you give a side like Northampton the ball as much as we did, then they will take their opportunities.

“That’s the understanding that we must get to within the whole team as to what we need to do to keep our foot on the pedal because once you get to this stage of the season, the games get tougher, not easier.

“We need to learn how to play in those situations.”

On the occasion itself, Irish’s Director of Rugby was pleased with the Club’s first St. Patrick’s Party accompanied by the Exile Nation since our move back into the capital.

“It was fantastic, the commercial team did a brilliant job and we are just sorry for the supporters that today was just one of those days where we didn’t have our best foot forward.

“We’re here again next Sunday and I know tickets are tight for that already, we’ll dust ourselves down and get ready again.”

From one big fixture to the next, our next league meeting sees the arrival of west London rivals Harlequins, and Kidney naturally expects another arduous affair following on from Irish’s two victories over Quins this season.

“They’ll be well built-up as they didn’t have a game this weekend, they’ll be fresh after a two-week lead in coming into it.

“That is the nature of this league, it gets tougher rather than easier.

“We’ll be counted over these next few days with our cup game against Leicester and the whole squad will be involved.

“That is why you work so hard before Christmas and into January to get into contention, and that is why we look forward to every one of these games.”