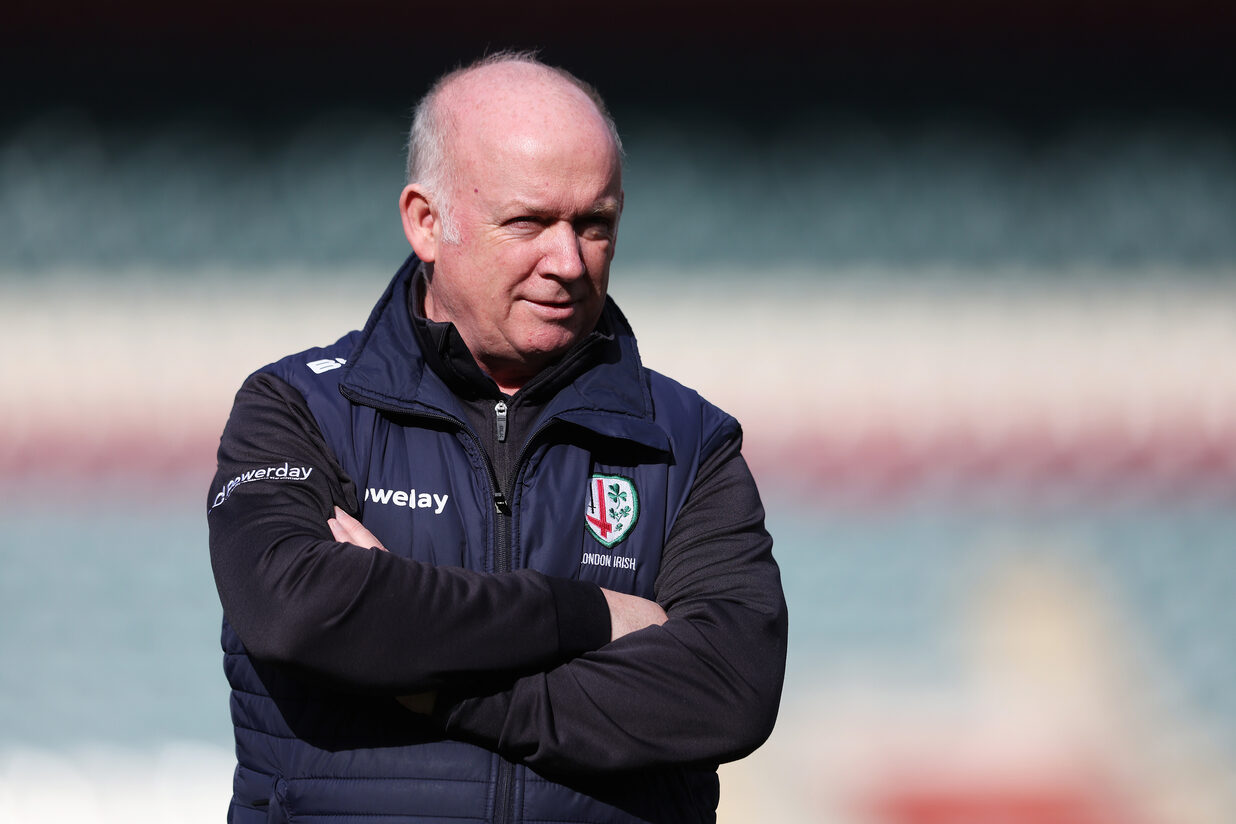 Declan Kidney has praised the uncoachable character expressed by his side following on from London Irish’s loss to Leicester Tigers at Mattioli Woods Welford Road.

For a portion of the affair, the Exiles were down to 13 men on the field against the league leaders after Curtis Rona’s dismissal and Adam Coleman’s sin-binning, but Henry Arundell’s try brought the game back to within five points after the break.

Reflecting on the 47-28 defeat, Kidney believes there were positive takeaways from the loss but knows there is more in his side going forward.

“I thought we had a lot of good moments and efforts, and we stayed on it as a team but results like these can happen at Welford Road if you are not on the money,” Kidney asserted.

“We have to congratulate Leicester on their win, they are going well and are at the top of the league for a reason.

“We know that there is more in us, and we will see how it unfolds whether or not we get to play them in the league again this season.”

19-year-old Arundell, touching down for his first Premiership points for Irish after a late call-up, personified the determined disposition of the Exiles at present and will “benefit hugely” from his 66 minutes on the field.

“You can’t coach what this team has, we fought right through that and got back into the game with 13 men.

“It was a one-try game there for a while, and even at that stage being men down we were well in it for a long time.

“But if you don’t manage to convert scores, that is going to give the opposition a chance and Leicester were always going to come into it for periods of the second-half.”

Irish’s reduction of their full complement tested their adaptability, particularly when facing the task of Leicester Tigers, but the team grew into the challenge throughout the affair.

“It’s always going to make it more difficult, but it’s nothing we haven’t overcome before, so I’d be hesitant to put the game just down to that.

“There were a few sudden changes we had to make through the game, particularly when we were down a man and had to change the way we play.

“We have a secondary way we play should that ever arise, and we adapted to that as the game went on.”

Saturday’s reverse was only the second time this season the West Londoners have come away from a fixture with no points, and Kidney relays his regret after a four-game unbeaten streak.

“It was disappointing to come away with nothing, I thought our effort with the lads on the pitch was quite strong and there are areas that we can take a look into as to how we can continue to get results.”