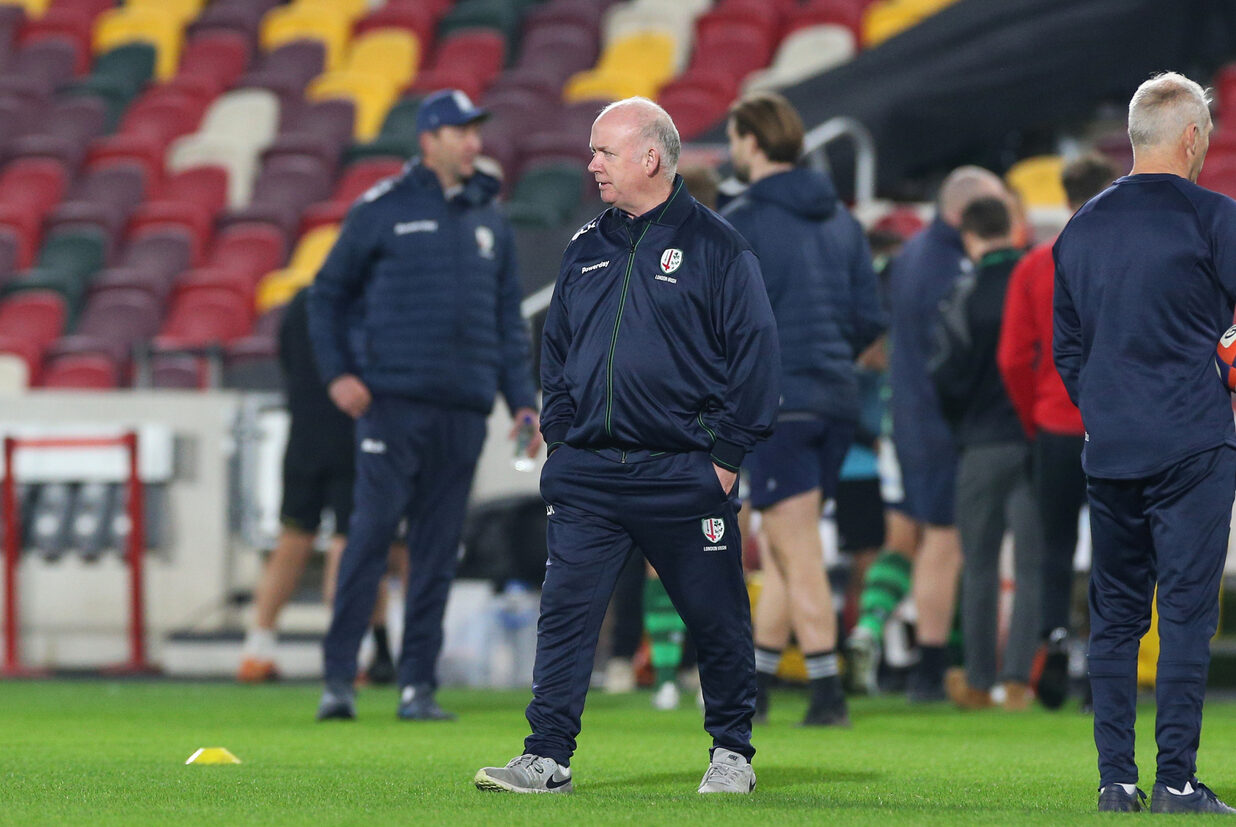 London Irish head to The Stoop on Saturday (live on BT Sport) to take on Harlequins in Round 9 of the Gallagher Premiership and Director of Rugby Declan Kidney is expecting another good game of rugby between the two clubs.

Harlequins go into the contest following one win and one loss in the Premiership Rugby Cup and currently sit in third place in the Gallagher Premiership table.

“It has all the makings of an exciting match,” said Kidney.

“It was a good game against Harlequins last time, they pipped us right at the end with the last play of the match.”

Pundits and supporters alike are expecting a free-flowing fixture, with both sides having scored over 200 points each so far in the Premiership campaign. Kidney and his squad are fully aware of the task in front of them.

“If you show any weakness at all in your defence, they will exploit it. They have several players that will do that, they have been together a while and they have the confidence after winning the league last year. It’s up to us to put our best foot forward.

“For us, we have been in the contest in most of our matches, now it’s about sealing the deal.

“As a former teacher, I’ve seen a lot of school reports that say that ‘they have a lot of potential’. Potential doesn’t count for much unless you use it. That’s the task for us, use the potential that we have.”

Although there is excitement around the fixture due to the recent contests between the two teams, Kidney still thinks that anything can happen come kick-off.

“You never want to pre-empt how a game will be from an entertainment point of view because one team might employ different tactics, or the weather can dictate things as well. Saying that, there’s nothing like a local derby to whet the appetite.

“These are the games that you look forward to.”