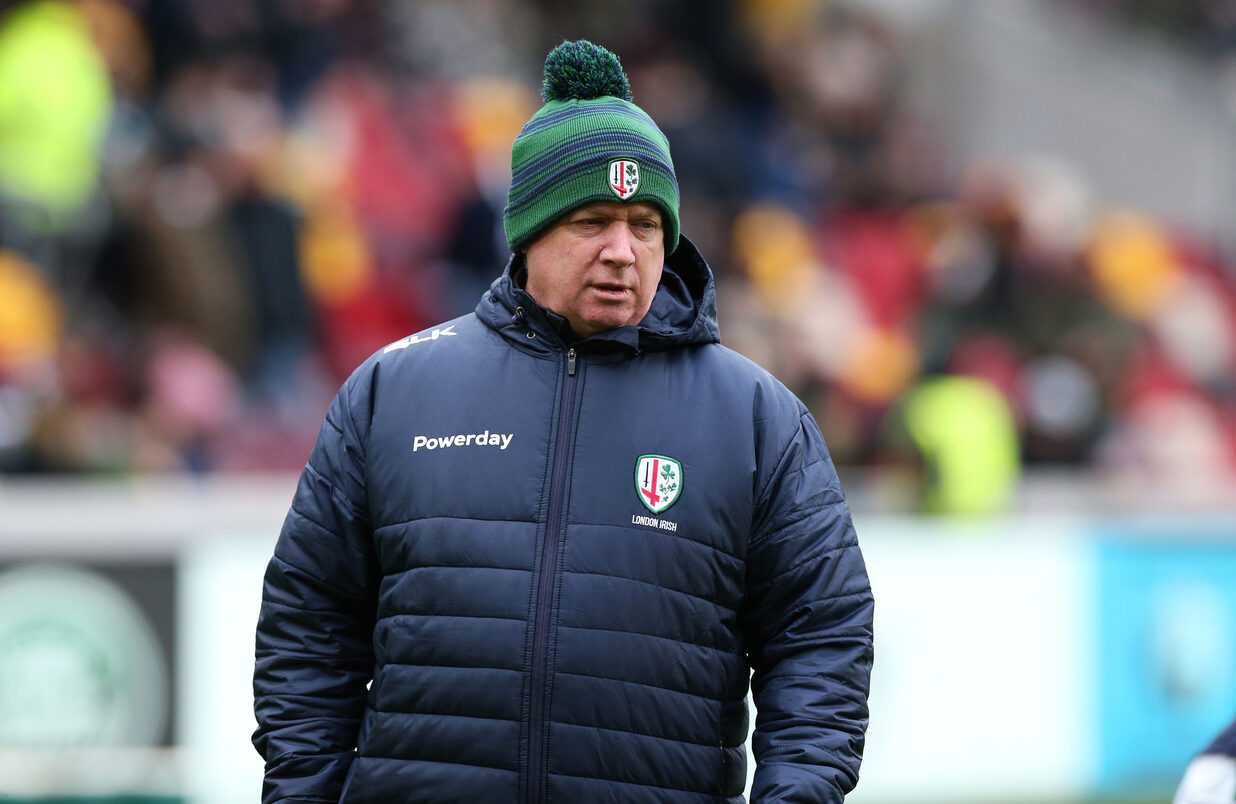 Declan Kidney backs this Saturday’s St. Patrick’s Party to be a special occasion as his side welcome Northampton Saints to the Brentford Community Stadium.

With the Exiles in rude health after just one loss in their last five Premiership games, Kidney’s team also qualified for the Premiership Rugby Cup semi-finals last week for the first time, with excitement in the Exile Nation humming.

Kidney nonetheless reiterated that his side will approach each game with no complacency as five league games remain, with Northampton’s arrival no different.

“We have been talking about taking it a match at a time for a year or two, but there’s talking about it then actually doing it,” Kidney declared.

“The lessons from last year are that we are taking it one game at a time and what will be, will be at the end of the season.

“You have to go through that sometimes, and you can get away with yourself when people start talking about this, that and the other but the only thing that matters now is this match.

“Northampton beat us over at Franklin’s Gardens earlier on in the season so we know we will be up against it, they also have returning internationals and they had a few good wins in the league and cup so will be full of confidence.”

The Director of Rugby praised the importance of rest and rotation in Irish’s progression in the Premiership Rugby Cup, describing it as a “morale-booster” of a win against rivals Harlequins.

Kidney commented: “We were coming off six or seven games on the bounce and it was a chance to freshen up the team last weekend and we did that well.

“At the same time, it was giving some lads much needed pitch time and yet, not taking the foot off the pedal too much.

“If you do that, it would be hard to get the motor up and running again.

“We got a little bit of rest into the bodies, but also not losing the touch.”

Irish will open their doors to fans for the first time for the annual St. Patrick’s celebrations since our move back into the capital for what promises to be a vibrant day of craic, both on and off the pitch.

“The commercial team has been working hard and tickets are hard to come by now for Saturday, which is a good sign,” Kidney contentedly stated.

“I know I’m biased because it’s our own pitch but it is a smashing place, anybody who has played there looks forward to the experience on and off the pitch.

“It’s an important day for the Club, but we have got to that stage of the season where each game is important.

“Each one has its own flavour and there's many flavours in and around this match.”

Saints arrive into the occasion five points and three places behind Irish in the Gallagher Premiership, an exciting matchup with several permutations come 5pm this Saturday evening.

“It’s a great league, you could talk about each match in that respect because it is so closely congealed right throughout the table, with Bath coming up the table and regaining form recently.

“That’s the bit we could get carried away with last year, all we try to do is be the best we can whilst paying due respect to our opposition in Northampton and know what they are going to bring against us.

“We’re not totally dissimilar sides, they play with fluidity and it has all the making of a great game with a full-house, it should be an enjoyable day for everybody.”

With such a mindset of taking each game as it approaches, Kidney recognises the primary objective of securing the win amidst the historic occasion this weekend.

“Both sides want to win in equal measure, and we will go out and play the best game we can on any given day.

“We fell short last time we met at Franklin’s Gardens, some of those things were within our control.

“If we can get those a little better this time, then we will be in with a shout but no more than that as we know Northampton will come with a strong game with their confidence building again, and also with the history they have.

“Some Clubs have a history of having a run-in to the end of the season, what we want to do is build our own history here now too.”