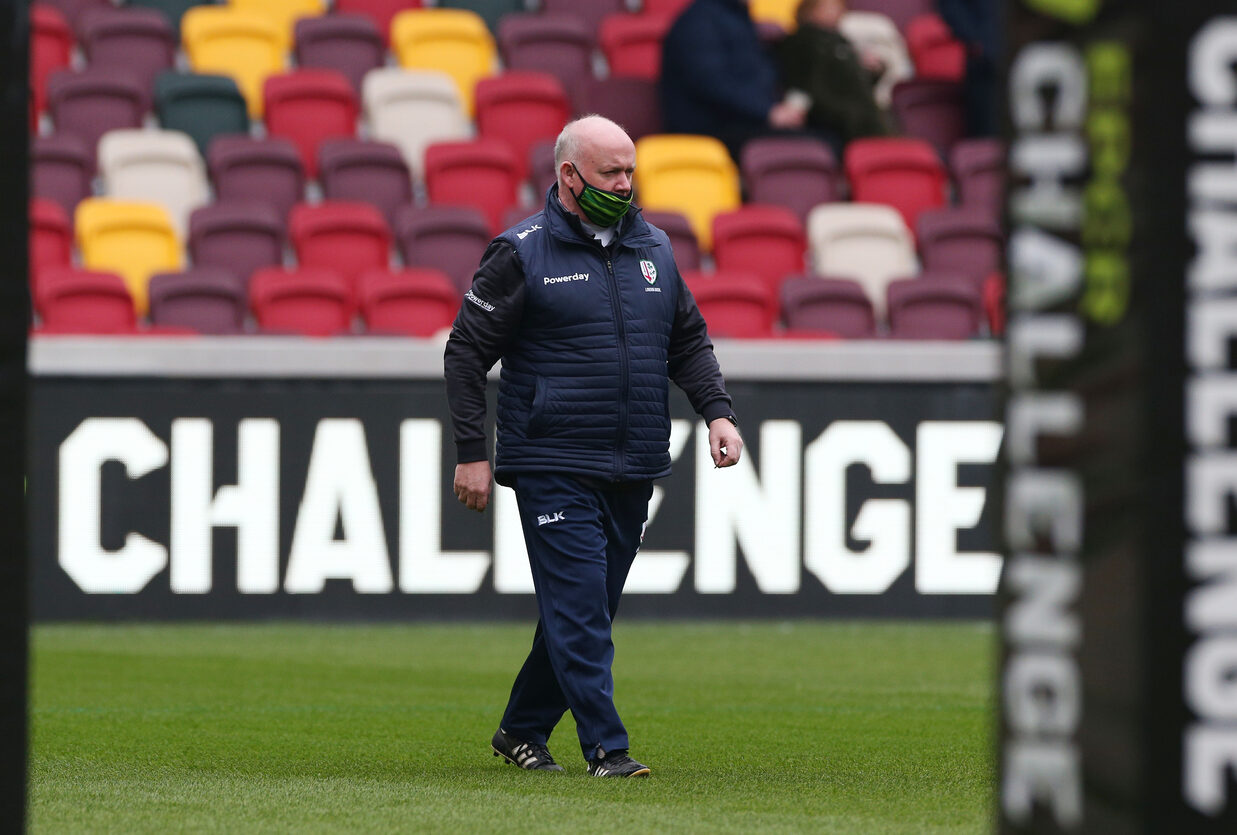 Director of Rugby Declan Kidney is under no illusions that there “is everything to play for” ahead of Sunday’s EPCR Challenge Cup fixture against Saracens at the StoneX Stadium.

Whilst the Exiles’ boast the benefit of a five-point cushion at the helm of Pool C, this will be Irish’s last outing in the pool stages as they play out a fallow week in Round 5 of the competition.

Describing his thoughts heading into the matchup, Kidney spoke about the task ahead against Mark McCall’s side after securing a win and a draw earlier on in the campaign in the Premiership Rugby Cup and Gallagher Premiership respectively.

“Comfortable isn’t a word I’d use going into a game with Saracens, we’ve probably poked the bear.

“They were winning 34-8 with 20 minutes to go and we managed to get a draw in the league, and the Premiership Rugby Cup match is a different type of competition, depending on who plays.

“They’re due to have a couple of their internationals this weekend and now that we upset them a while back, we expect a full-blown contest this time as well and it’s a challenge we are looking forward to.”

Kidney warned of Saracens’ previous credentials as Sunday’s hosts look to navigate themselves back into European contention.

“We’re very much focused on the fact that we are on 11 points because of the adjudication on the Brive match at home.

“I understand the organisers had to come to a compromise and we wouldn’t complain, we managed to get points and we had a good match against Edinburgh last week, but this is our final game.

“Saracens have one point but two games remaining, and they will know with their European experience if they do a job on us, they know the points needed when they go to Brive.

“That’s why we will need to front up well on Sunday, as our position is not guaranteed, and they could leapfrog us by the end of it.

“This may be my sudoku side, but this is why we love playing in Europe as every match has an effect on the other- it’s all to play for.”