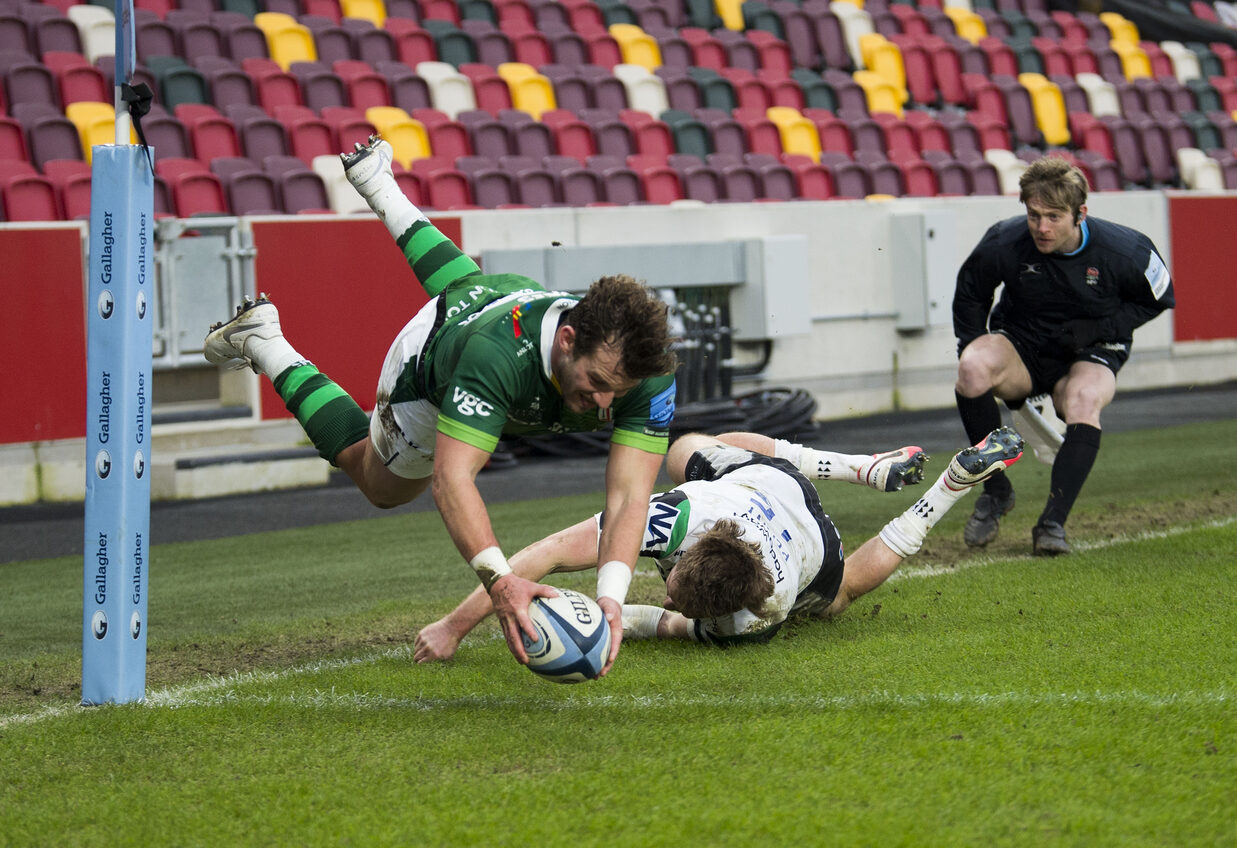 Declan Kidney praised London Irish’s team performance, as the Exiles clinched a 31-22 victory over Newcastle Falcons at the Brentford Community Stadium on Sunday.

Tries from Agustin Creevy, James Stokes, Curtis Rona and Motu Matu’u, as well as 11 points from the boot of Paddy Jackson, helped Irish to a deserved win over their high-flying opponents.

Speaking after the full-time whistle, Kidney was full of praise for his team.

“Because I'm lucky enough to see how we perform in training, day after day, week after week, I wasn't surprised with the performance,” he said, “I know what this group is capable of.

“There were plenty of positives.

“It takes 15 guys all over the pitch to make the defensive system work – and everyone played their part in that on Sunday.

“They stood up in those parts of play when we were under pressure.

“Going forward, when we got ourselves in good positions, the opportunities came.

“There's lots of room for improvement still, which we'll continue to work on – but there were plenty of positives as I said, so if you're in that position after a five-point return, it's a good place to be.”

Sunday’s outing was Irish’s first of 2021 at home – with an enforced two-week break owing to COVID-19 since our last Gallagher Premiership fixture, a 27-27 draw at Harlequins.

“We made the most of the two week break with no fixtures,” said Kidney.

“It was frustrating to see those games cancelled, but – as a group – we came together and got some really good work done.

“The players and coaches applied themselves really well – and given we've only had one match in six weeks or so prior to Sunday, we were pleased with the performance.”

He added: “The attitude of the players has been as I would expect from this group.

“There are so many areas for us to improve on – we were comfortable, then Newcastle played their way back into the game and fair play to them, but we stuck to the task and came away with the five points.

“We were really looking forward to the game after the break, so to win the game with a bonus-point is really positive.”

Irish now face a quick turnaround before their next fixture, another home clash, this time against Gloucester on Saturday.

Kidney is expecting another tough game at the Brentford Community Stadium.

“Gloucester will provide a different test altogether on Saturday,” he said

“We have a Sunday-Saturday turnaround, so we'll be getting back on the bike pretty quickly this week

"We can enjoy this Newcastle win for all of a few minutes, before we focus on the next one!

“Gloucester will be hungry to come here and put on a performance. They beat us in the summer, so we'll have to be sharp again.”