Kidney: Plenty more points on offer if we learn from this season 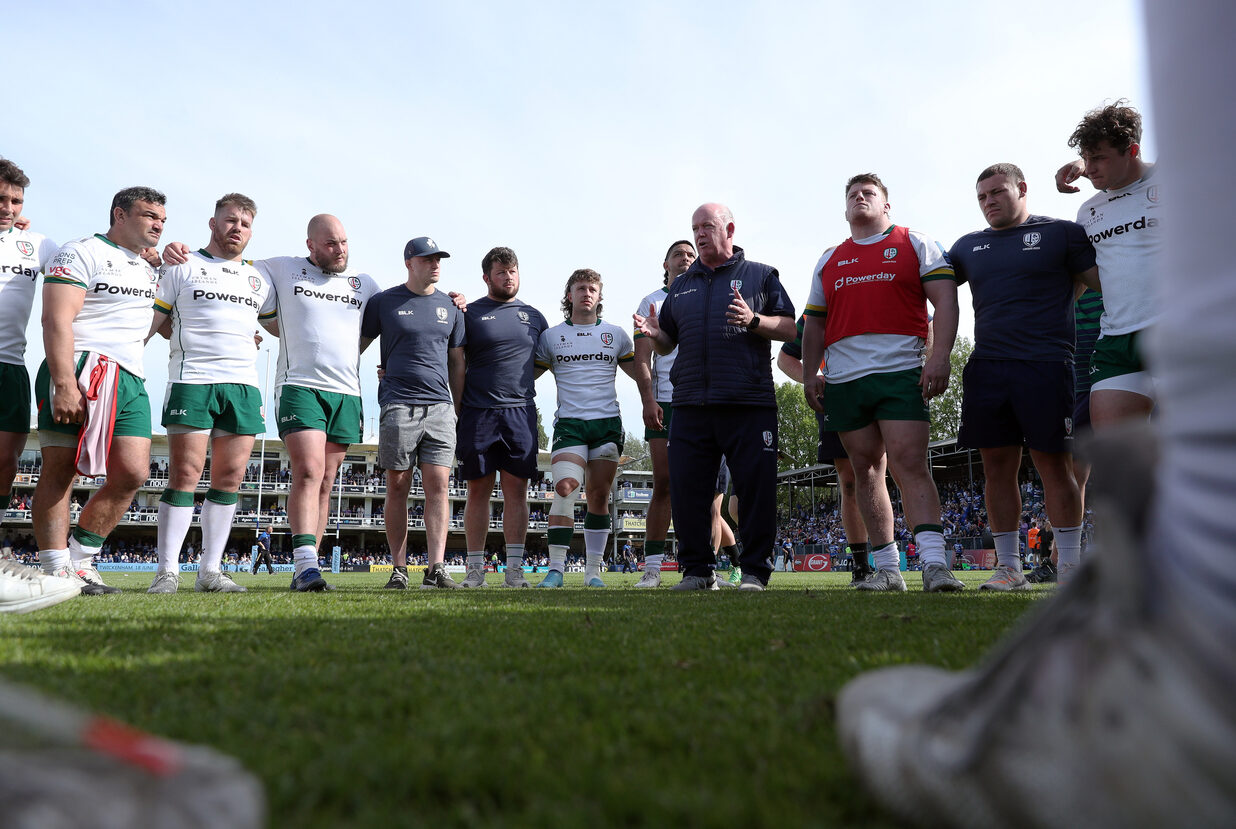 London Irish Director of Rugby Declan Kidney believes that there is even more room for improvement ahead of next season when his side take stock of their 2021/22 campaign.

The Exiles earned try and losing bonus points at the Recreation Ground in a 27-24 defeat to Bath Rugby in Round 25 of the Gallagher Premiership, concluding an entertaining first season in front of fans at the Brentford Community Stadium.

As the squad face a bye week in the concluding round of league action, Kidney commended the efforts of Saturday’s hosts in the West Country and believes his team needed more precision in key moments.

“We did a lot of good work and created a lot of try-scoring opportunities, took four of them, and probably created another four or five,” Kidney outlined.

“That’ll cost you at the end of the day if you’re not a bit more precise than that.

“Bath were going to come out with a good game plan, we knew that, but we let them into it- we missed a tackle and then there was a loose ball in the first-half that gave them 14 points and a lot of impetus.

“In the second-half they took an opportunity on a ball that went through.

“All credit to Bath for taking it, we knew they were going to come out strong for a number of different reasons and it’s been a busy week for us, but we’ll make no excuses.”

Two quick tries in succession before the break from Mike Williams and Ben Spencer looked to take Bath into a lead before Agustín Creevy’s first and Irish’s third handed the visitors the ascendency.

Creevy booked Irish’s try bonus and Kyle Rowe crossed for his second of the day, only for a TMO decision to rule out a brace for the winger, with the hosts levelling proceedings just minutes later.

“What it does is you have a good feeling for it and then it takes the energy from you when it comes back and gives the energy to the opposition.

“It gave them a little bit of a spark.”

A short four-day turnaround from Tuesday’s Premiership Rugby Cup final meant Kidney and his staff had to employ a large portion of their squad, a strength utilised throughout the year.

“Massive credit to all of our Performance team to help us get into good shape, but then it was a squad effort during the week also.

“We only had two boys start today who started on Tuesday night and about three who finished, the rest were in the finishers.

“It was a good squad effort throughout this week, but we came up short on both accounts.”

“We have got 63 points for the season, but I know that there is plenty more out there if we learn from this year, because that is what we need to do.”

63 points is Irish’s highest total points haul since the 2008/09 season and has brought them to within touching distance of entering the Heineken Champions Cup next year.

“We’ve done what we’ve done, and we have always said since the start of the season we will end up where we end up.

“It just so happens that our last weekend is a fallow weekend, and we can’t do anything about that so whatever happens in two weeks’ time happens and we’ll deal with it.

“We’ll keep a close eye on it, because our season has finished early and how our season has gone, fortunately or unfortunately we’ll go on our break next week and I’m sure the boys will be keeping an eye on the scoreboard.”

A sense of gratification for many of the Exile Nation and beyond has been the dawning of a new era in Academy products staking their claim at Irish, with Kidney endeavouring to welcome them into a competitive outfit.

“We know that these lads are coming through, but we want to bring them through in a winning environment- It’s not just good enough to play on the team and it’s about winning the match.

“It’s always nice to see them get the international call-ups, and there were quite a few boys on both sides of the pitch who came through the London Irish Academy.

“That has been one of the strengths of this Club and we want to build from within wherever possible.”