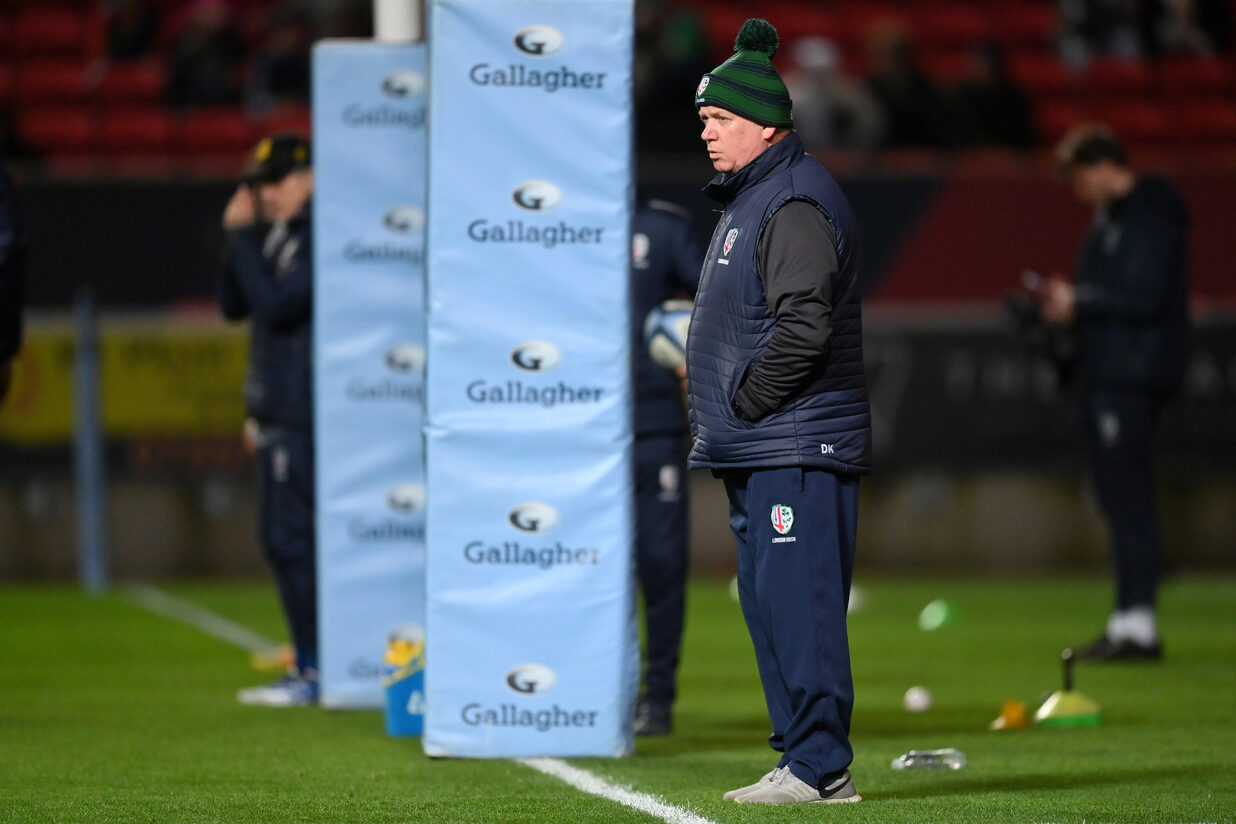 Director of Rugby Declan Kidney was happy with his side’s attacking style of rugby on Friday night, as the Exiles collected all five points in an emphatic 32-49 victory over Bristol Bears.

In a truly remarkable game, London Irish ran in 39 points in the second half to stun the Ashton Gate crowd.

“We had good patches and managed to take our opportunities when they came our way,” explained Kidney.

“We probably didn’t deserve to be just five points behind at the break, it probably should’ve been more. But the pleasing thing was that we dug in to get to the half-time break. Bristol Bears are a tough side to defend against, as shown in the last 10 minutes.”

Bristol, to their credit, ran in three quick tries at the end of the contest, something that Kidney is keen for his squad to learn from.

“We need to keep working on that 80-minute performance, there is more in us.

“We didn’t get too despondent after last week’s result, and we won’t get too excited this week. I think we are learning from each game and improving as a team. The longer this group is together, the better they will get.”

From a neutrals point-of-view, this was an incredible display of attacking flare and Declan was quick to praise both sides’ attacking prowess during his post-match interviews.

“The match showed what the two sides are capable of. Bristol scored three tries in five minutes at the end of the game, we score 39 points in the second half. That’s credit to the attacking approach from both teams.

Irish’s away trips have resulted in some impressive victories throughout the season, something that hasn’t shocked Declan.

“We are named the Exiles, so don’t mind playing away from home. We managed to get results at Exeter, Harlequins and now in Bristol. The away form doesn’t surprise me, we just need to improve our home form, starting with next week.

“We will enjoy tonight, but there are things that we will work on going into match against Saracens next week.”

Click here to buy tickets for the Saracens match!