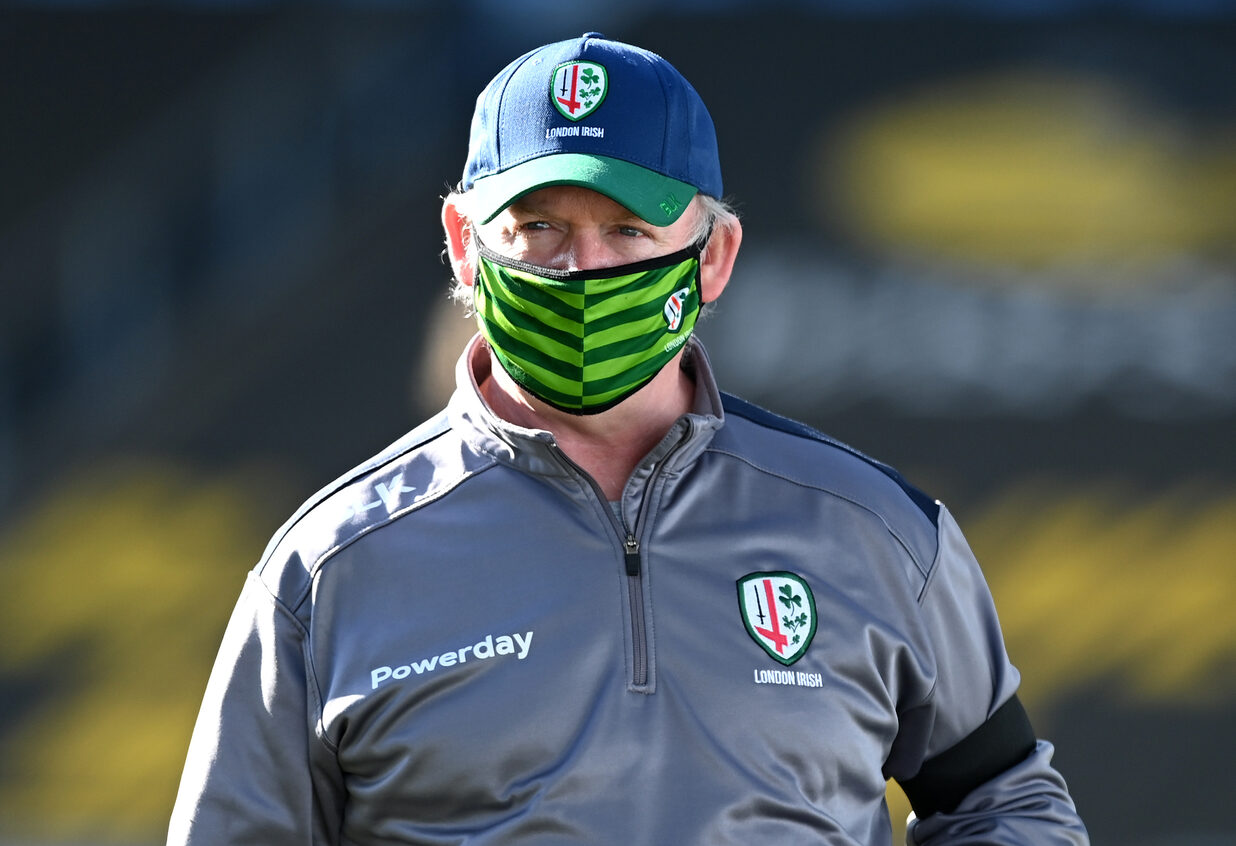 Declan Kidney was pleased to see London Irish rewarded for their ‘gritty and determined’ display against Wasps at the Ricoh Arena on Saturday.

The Exiles secured a 16-10 victory in Round 11, thanks to nine points from the boot of Paddy Jackson and a second half Ollie Hassell-Collins try.

“It’s a tough league” said Kidney, “but any time you win away from home and take four points is a real positive.

“It was a really gritty and determined performance – and what’s good from our point of view is that we know there’s still so much for us to improve on.

“In fairness to the boys, the one thing that you can’t coach is that fight and character to keep going.

“As a coach, you can’t ask for anything more than when you fall on your feet with a group of players that want to do well and want to give everything, so they’re a pleasure to work with.

“You can see the personalities of the boys coming through in their performances. These lads are a great bunch to work with and I’m delighted they’re getting their rewards.”

Despite dominating for long spells, especially during the second period, Irish were still forced to dig deep at the end, with two big turnovers in the final few moments keeping Wasps at bay.

“We have a way of making things a little bit difficult for ourselves” admitted Kidney.

“We had to produce two big turnovers right at the end.

“That was the story in the first half too – we put ourselves under a lot of pressure.

“The fact that we held them out is pleasing – but we have to take a look at how we got ourselves into those positions.”

“We’ve a long way to go though – there’s a lot of little things that we can do a lot better.”

“I think he would have been proud of the boys.

“He was our first captain of the professional era and I think he would’ve liked the fight that we showed.

“We were pleased to get the win.”