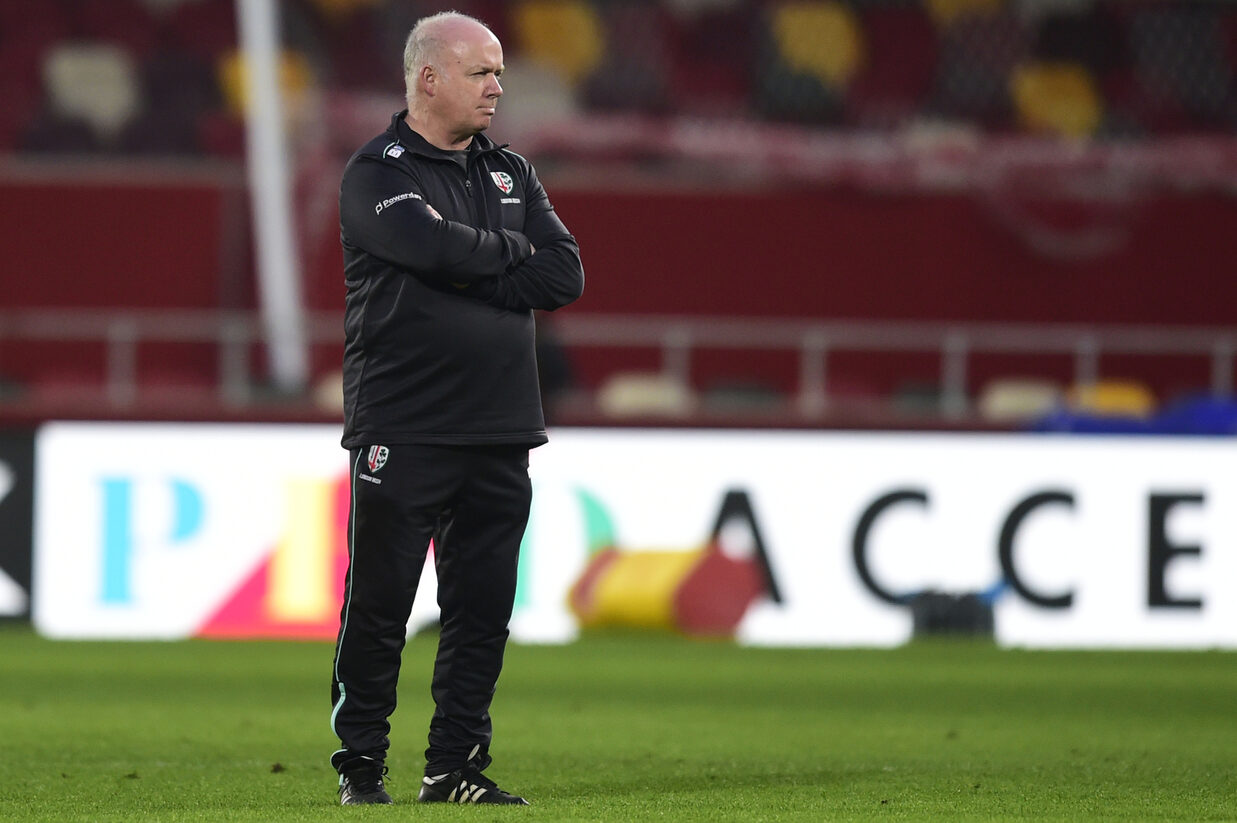 London Irish Director of Rugby Declan Kidney is keen to see his side build on Saturday’s bonus-point victory against Agen when Pau come to town this weekend.

After a winning start to their European Challenge Cup journey in France, the Exiles welcome another Top 14 side to the Brentford Community Stadium on Sunday.

Having seen his side run in five tries in a 34-8 win at the Stade Armandie, Kidney is relishing returning to the club's new home this weekend.

“Wins in France are rare, so to go to Agen last weekend and get a bonus-point victory was really pleasing,” he said.

“It was a great achievement from the boys, especially when you look at the age and the profile of the team.

“I think the work that was done in the nine matches that followed the Restart at the back end of last season showed signs of coming to fruition, especially when you look at the performances of Matt Cornish, Chunya Munga, Phil Cokanasiga and Jack Cooke, who captained the side.

“It bodes well for the future to see this group of players come in and perform as they did, and now it’s up to us to keep building when we play Pau this weekend.”

Kidney is clear when it comes to the importance of European competition for Irish this season, adding: “There’s still a long way to go and a lot of matches to be played in this competition this season, but Saturday was a positive start for us.

“Europe is important to us – we spoke before last weekend’s game, reminding ourselves that two years ago we were playing in the Championship Cup and the Championship so we could get into Europe.

“We’ll treat each match with the respect that pulling on the London Irish jersey deserves – Europe is no different to the Premiership in that respect.

“Every time we – as a group – represent London Irish it’s a tremendous honour and privilege, and also a real opportunity.”

A month into the new season, Kidney is pleased with the progress his side are making – and feels there is plenty more to come from the group.

He said: “We’re a few weeks into the season now and there’s a little bit of frustration that we haven’t got more points to our name in those first three league fixtures.

“We felt we deserved more – but the little things went against us ended up costing us a little.

“We’re working hard to rectify those small things, but in terms of our growth, we’re probably about 70 per-cent of where we believe we can get to, so there’s still a lot more to come from this group.”