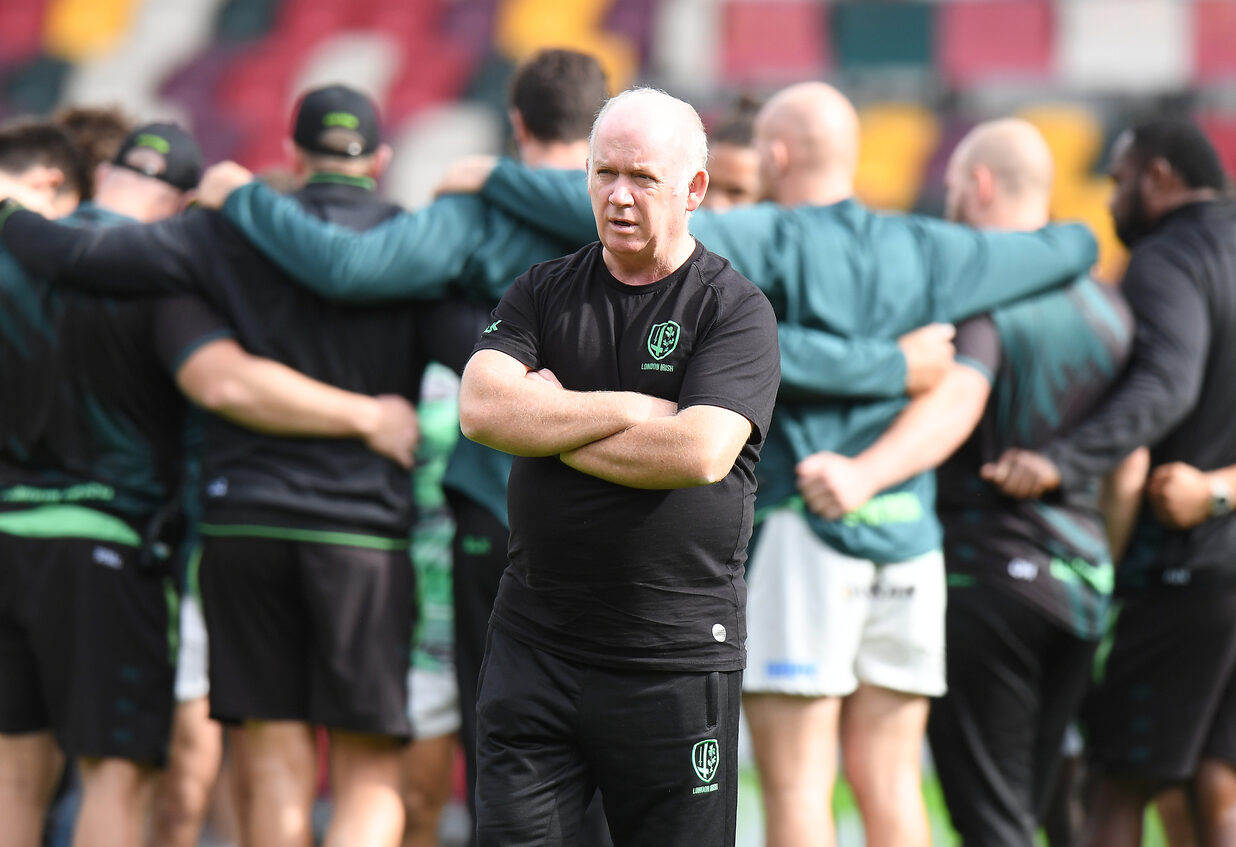 London Irish Director of Rugby Declan Kidney observed that there was still “lots to learn” for his London Irish side that conquered Bath Rugby 47-38 in Round 4 of the Gallagher Premiership at the Gtech Community Stadium.

The Exiles produced a first 40 minutes to rival any in recent years for the Club; not only making set-piece dominance count throughout (not losing any of their 15 lineouts in the game and turning over a scrum), but also running in five tries.

Irish continued their points scoring vein with two more efforts in the second half, but Bath’s resurgence in Brentford with 33 points evidently perturbed the coaching staff.

Kidney outlined the importance of momentum in free-flowing affairs, something that worked well in the Club’s favour as recently as Tuesday’s Premiership Rugby Cup tie against Northampton Saints.

“We were delighted with our first-half performance in the game,” spoke Kidney post-game.

“If you can get five points out of a game and still have lots to learn, that shows growth that is still there in us.

“That’s the growth that we have to take, the fact that Bath had got their try in the first half was the bit that worried me because it’s the same when we had been on the other side of results.

“Once you get a second try early on in the second half you start thinking about getting two more and your bonus point, and then at that stage, you start looking at a losing bonus point.

“Momentum is a hard thing to gain and maintain; if you hand up momentum, it’s hard to get it back.

“We handed it up at the start of the second half which then allowed Bath into it and plenty to fight for.” 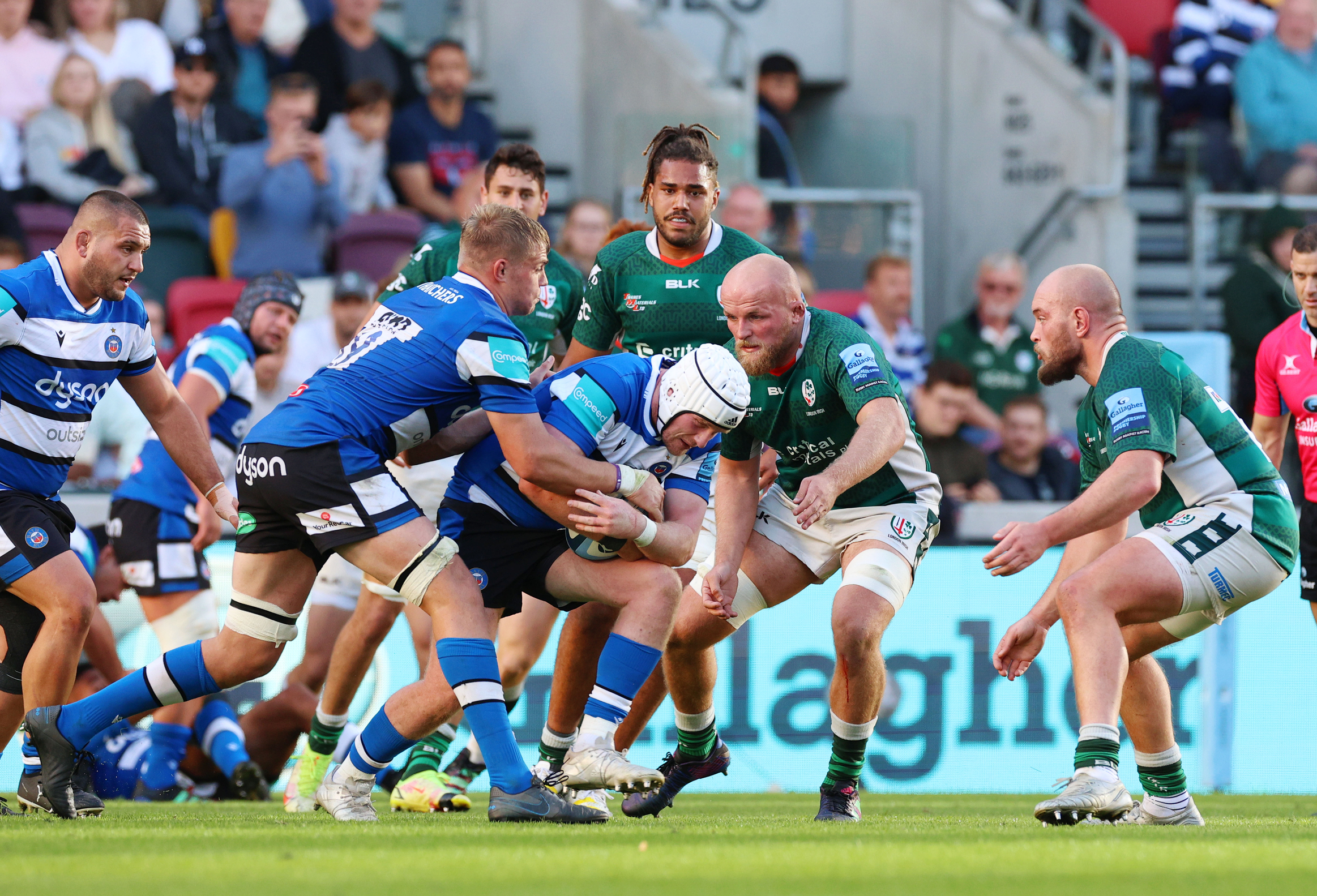 The Director of Rugby also made sure to give credence to Bath’s strong second-half showing, with the visitors coming out 33-12 winners of the final forty.

“Those couple of scores in the second half arrived in vital stages to knock them back a little bit, but in fairness to Bath, they shipped a lot of injuries in the first half but came out fighting.

“We saw that last week and you can see the improvement in them this season.”

There can be no denial of Irish’s blistering, five-try first half that meant they lead 35-5 upon conclusion of the opening stanza.

Incisive play from the Exiles saw Ollie Hassell-Collins score a hattrick and Ben Loader a brace, later to accomplish a stunning hattrick of his own, before a late Paddy Jackson touchdown to settle the restless match.

Kidney commented on the performance of the backs trio, additionally crediting the remaining matchday squad to allow the for the eye-catching performances of the try-umvirate.

“It will be one that people pick up for the record books, but what pleased me most was the work that went on inside.

“They showed great speed and finished well, and the fact that they can do it is a credit to them.

“An awful lot of work has to go on inside to allow the wingers to have their space, everyone knows what they’re about in the middle of the park.

“I’m delighted for the boys that they finished off, but it’s the work that goes inside them that puts them into those areas and that was what was most pleasing.

“He was excellent today,” Kidney said of Jackson.

“He is a top-class player and those conversions if you look at it at the end of the day played their part in the result.” 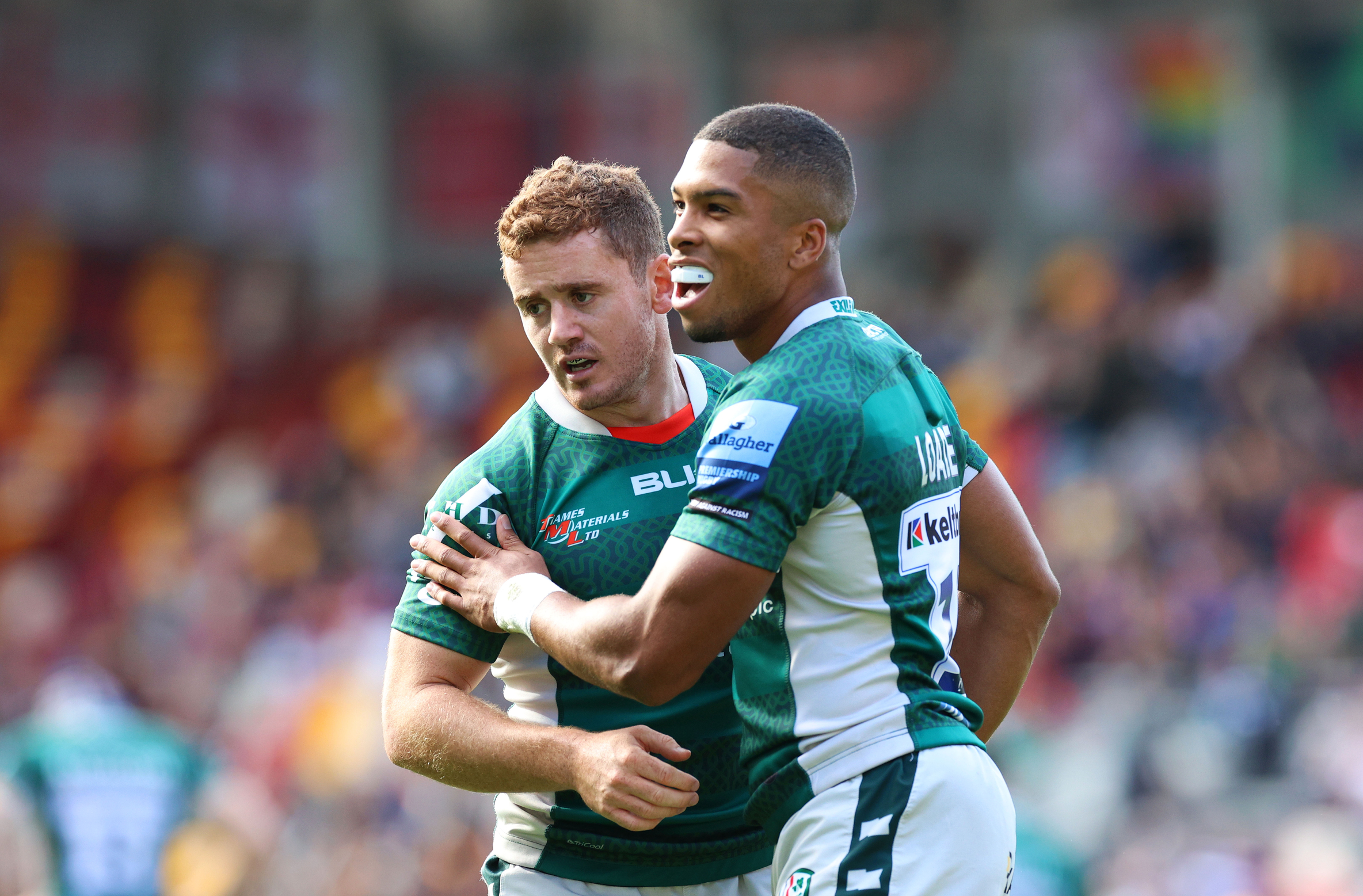 The Exiles lived up to their reputation as one of the Gallagher Premiership’s ‘entertainers’ for another gameweek as they cemented their status as the league’s current top points (150) and try scorers (22), putting on a show for the Exile Nation at the Gtech.

The Director of Rugby nevertheless emphasised the room for “growth” in his side during their upcoming bye week, following a second half outing that empowered a fightback from those in Blue, Black and White.

Kidney deduced: “We are inclined to entertain, but that’s not what we are here for - we’re here to play the best we can do.

“It is important to be critical of that second half and it is vital we learn from it, because in another match that could be a heavy reverse.

“In our last two games, we have had periods like that and allowed sides in because we haven’t scored as much and then come out on the wrong side.

“Tries like that at the end are avoidable and well within our control to stop those, and those are the ones we will have to take a look at.

“Bath scored some good tries, but we have to take a look at how many of those were in our control to actually stop.

“That’s another element of the growth that needs to take place in this side,” he concluded.

“In the first half, we showed ourselves better and we got the scores in those 20 minutes and although we let them in for one after, but at least we came back at them again.

“This time we put together 36 of 40 minutes in the first half – we have to do that for longer in the second half, where we had about ten minutes out of the 40.

“That just about put a say in how the scoreboard was at the end of the day.”