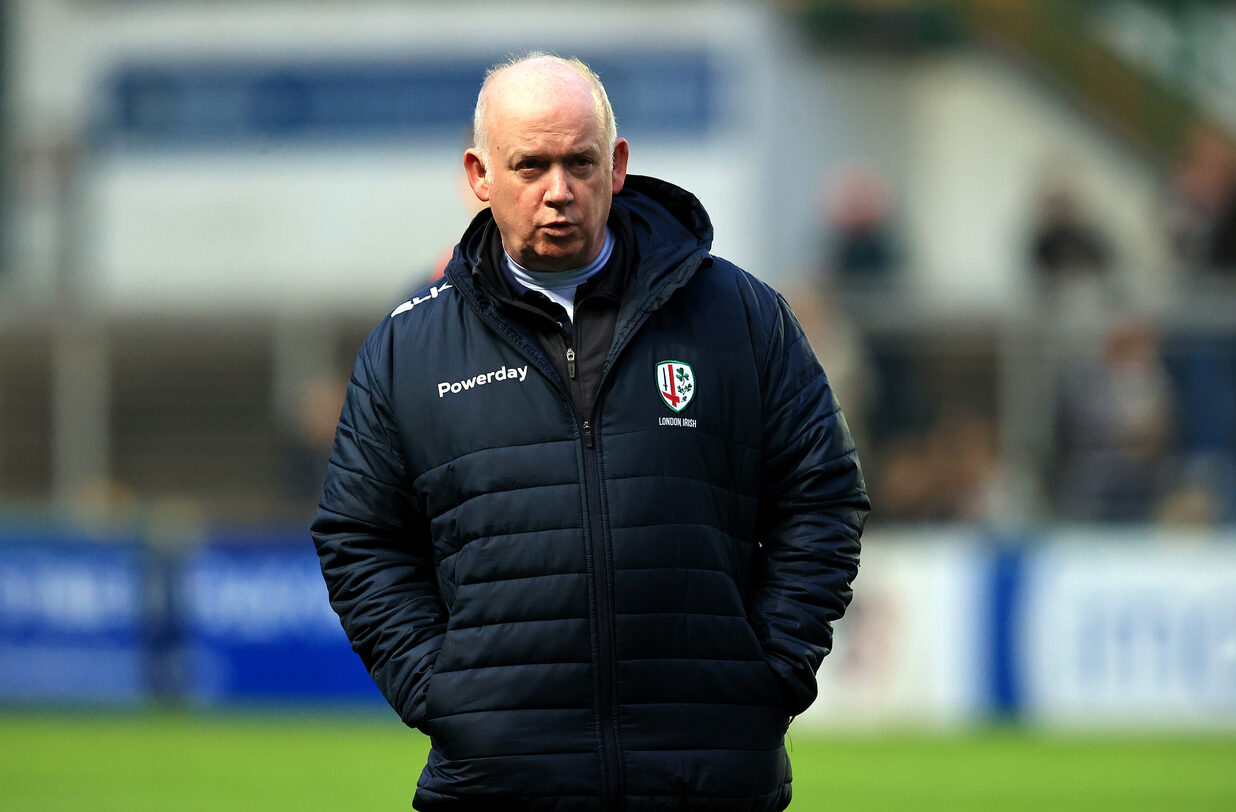 Declan Kidney expects the makings of a “full test match” this Sunday when Harlequins arrive at the Brentford Community Stadium in Round 22 of the Gallagher Premiership.

A meeting of two of the most exciting sides in the Premiership succeeds differing results in the previous round, with a loss against Northampton for Irish and an away win at Bristol Bears for Quins.

Kidney was full of praise for Harlequins and recognised their development over the last two years.

“We played them twice last year and the second time around was a bit of a turning point for them, scoring a last minute try and they kicked on and bought into it,” Kidney commended.

“Winning breeds confidence, so when they came out strong in the final stages all credit was due to them.

“If you do something like that, it gives great belief, particularly since they are a young side with plenty of room for growth- not too dissimilar from ourselves.

“We always respect the opposition and pay good attention to Harlequins, but it is about getting ourselves right now.

“From our last game, I think that is where we let ourselves and our fans down most, and we could have done better with things that we can control.”

From the coaching staff and players alike, there was a determination to put the Northampton Saints defeat behind them and look forward to the visit of Harlequins, particularly at such a fast-moving point of the season.

“There were a few times there where we could have gone after things a little bit more, both in defence and attack, which is what we have looked at.

“It was one of disappointment, when you go out and play in front of a crowd like that and we didn’t really play the way we could.

“The occasion didn’t get to us, because we have plenty of experience in the group, but we probably got tied up a little bit too much.”

Quins’ and Irish’s reputation for late drama this season and last has shown a great determination from each respective Club to get results over the line in the face of adversity, something Kidney trusts will play a part this weekend.

“All we can do is account for ourselves, we play the game that suits our players and Harlequins do the same.

“Sometimes when you get the same style, we can nullify one another a little.

“So, there are no guarantees, but certainly looking at it on paper it has the ingredients of being a good game.”

The reigning Premiership holders approach the derby match without a win in two games against the Exiles this campaign, but the Director of Rugby believes there will be little in common this week with the previous Premiership encounter.

“We have been doing our research over the course of the last two or three games but haven’t looked back as far back as the last time we met,” Kidney divulged.

“That day we took our opportunities when they came our way, because you were not going to get as many opportunities as you would on a dry day.

“We took them in the first half, and it just got wetter and wetter, so it was a difficult game of rugby in that respect, but this will be a different type of game on Sunday.

“We had a great crowd last weekend, and it looks like it will be close to a sell-out this time again, and that’s what makes these matches great.

“It’s a good local rivalry and both sides will go for it, and especially with their preparation window, they will come all guns blazing- we’re in for a full test match.”