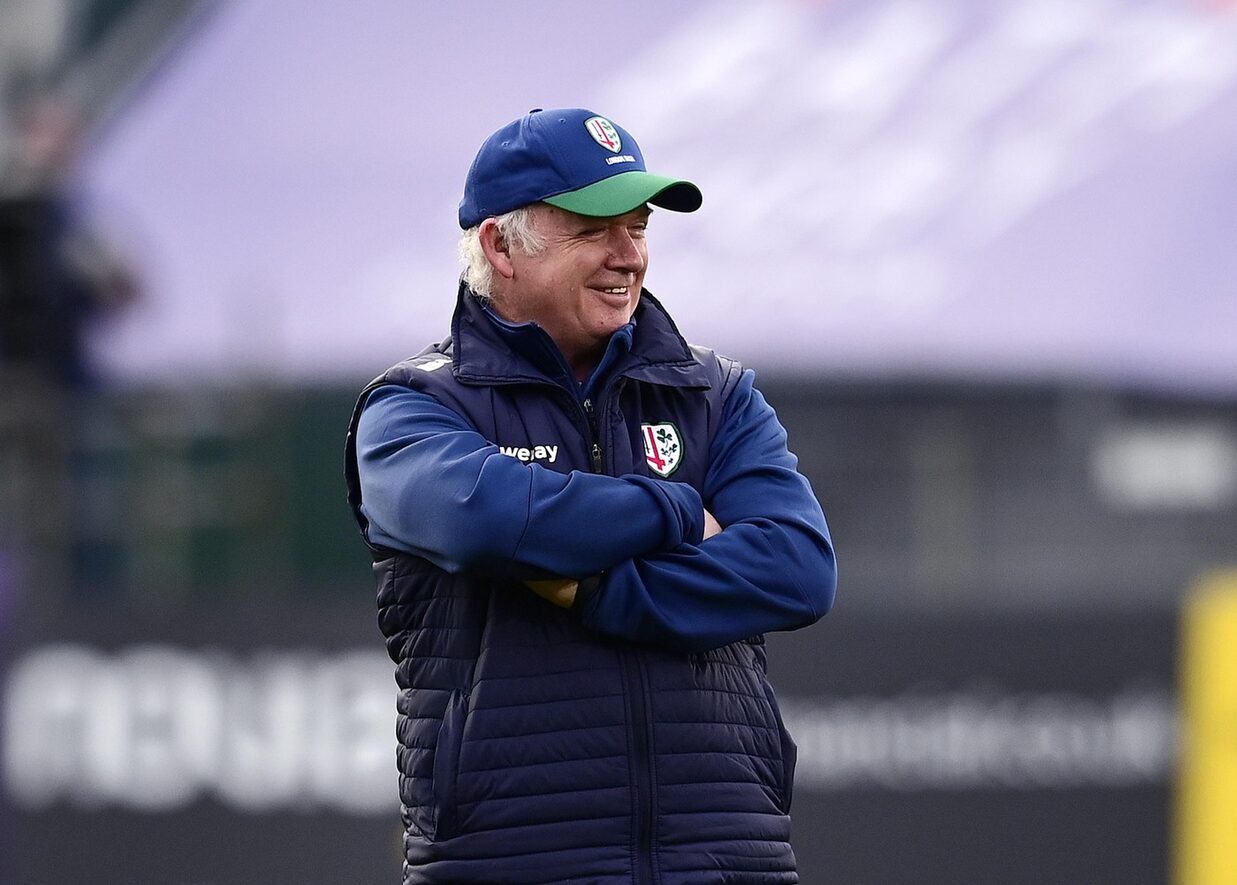 Director of Rugby Declan Kidney is excited about the prospect of London Irish’s first home fixture of the season against Sale Sharks this weekend.

Irish host the Sharks on Sunday (3pm kick-off) at the Brentford Community Stadium, for what promises to be an enthralling affair in front of a healthy crowd in West London.

Kidney said: “It’s been a long time coming, having fans back with us, after a difficult period for everyone.

“When we had crowds last year, everyone walked away having enjoyed the experience, so I’m sure everyone is looking forward to the occasion again.”

He added: “As a group, we really look forward to playing at this stadium, every time we’re at our new home.

“The Brentford Community Stadium is right up there in terms of the best stadiums rugby has to offer, so to have fans back here on a regular basis is something to really savour.”

Irish fell to a 34-26 defeat to Worcester Warriors in Round 1, while Sale just got the edge over Bath Rugby, winning by a point thanks to Kieran Wilkinson’s last-gasp penalty.

Kidney is well aware of the threat posed by the Sharks this weekend.

“Sale have weapons all over the pitch and they have a lot of good footballers too,” he said.

“They’ve put together a good squad over the last few years and they’ve kept that group together, which is important. That experience is really important when you’re trying to build something.”

“We played well in patches at Worcester, but there was stuff for us to work on, which we’ve done this week.

“We’ll be looking to be the best version of ourselves come Sunday afternoon.”